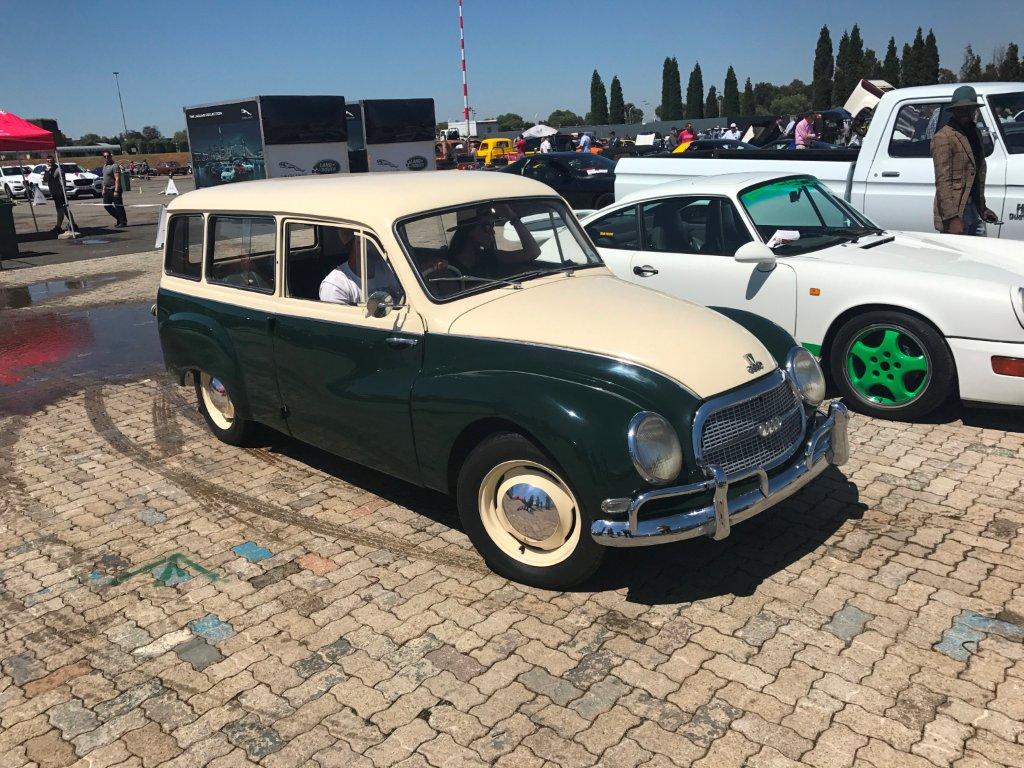 Brian Joss – Gauteng’s most popular car show opens at 8 am and runs until 4 pm at the Nasrec Expo Centre, just off the N1, South West of Johannesburg city centre, on the first Sunday in July.

When over 1 000 classic, custom and muscle cars roll into the Nasrec Expo Centre on Sunday July 1, there will be one thing that all the cars have in common: they are all rolling works of art in their own particular, and often spectacular way.

The owners of classic cars pour countless hours of love and devotion into their machines, and this holds true whether they are recently restored exotics like Aston Martins, E-Type Jaguars or Porsches, or American muscle cars flame-jobbed and metal-flaked giant-wheeled and slammed to the pavement with ride heights that could barely clear a tooth pick!

The diversity of machinery that will be on show at Nasrec on July 1, 2018, is what makes this event such fun. No two classic cars are the same. And when you are drawing on a history of motoring as richly divers as in South Africa, you have the recipe for a smorgasbord of motoring delights.

Since horseless carriages first began chug-a-lugging around our roads after the first car made its appearance at Pretoria’s Berea Park in 1897, South African cars have been sourced from countries all over the world. America, England, France, Italy, Germany Japan- all these countries have exported great numbers of cars to this country in the past 120 years and some established assembly plants here. And when you consider that South Africa produced a number of unique cars, not to be found anywhere else in the world, it all adds up to a classic car population that is unique.

At Nasrec on July 1 you are guaranteed to see a plethora of classic Volkswagens from Germany, Mercedes models from the same country, Mustangs, Dodge Chargers, Chevrolets and  the like from the USA, as well as rare Renaults from France and Fiats and Alfa Romeos from Italy. And there are bound to be a few unique-to-SA Capri Peranas, and possibly a Can Am Chevy Firenza or two,  cars that today are revered all over the world!

The defining essence of a true classic car is probably that hard-to-explain trait called “personality”. Cars from the 1930s through to the late 1960s and into the ’70s had distinct “faces” that made them instantly recognisable, because this was before the era of wind tunnels and computer-aided design made them virtually indistinguishable from one another.

There is a whole school of classic car lovers that want their classics to be turned out today exactly as they were when they left the factory. The originality freaks are often at odds with the customizers and hot-rodders, who use an old car as a raw piece of canvas to create their own expressions of artful mobility. And some of these interpretations boggle the sober mind..

Then there are the motorsport heritage lovers, who take cars like humble Minis, Ford Escorts and Cortinas and enhance the sporting attributes that these cars enjoyed in the 1960s and 1970s, thanks to their parent companies evolving racing versions based on production models in that era where racing on Sunday definitely sold cars on Monday!

The American cars from the 1950s and early 1960s are a different deal altogether. These cars were rolling pieces of modern art straight out the factory, as designers expressed themselves in flights of chrome-bedecked fancy and weird and wonderful shapes punctuated by the ever-present tail fin.

The fin and flash era in American car design was probably the last period where the stylists could express themselves without restraint. It was an era of optimism and excess, and this went for the engines that powered these machines too. From 1950 to 1960, the horsepower ratings of top models in American cars went from 100 to 300 in the space of a decade!

The 1950s truly were the dawn of the muscle car era, which nowadays we tend to think was the preserve of the smaller sporty cars with giant V8 engines, such as Mustangs, Chevrolet Camaros, Dodge Chargers, and many similar models. These cars, more correctly called “pony cars” first made their appearance after the record-breaking launch of the Ford Mustang in April 1964.

At the other end of the scale in Europe at the time, you had cars expressing minimalism, none more so than the aptly-named Morris and Austin Minis, which reduced personalised transport to the bare bones, but in a delightfully appealing package! Fiat had similar offerings for families who felt that anything more elaborate than a Vespa was a step up. And so too did Germany with the Beetle, and France with the small Renaults.

Then there were the wonderfully Spartan pick-up trucks from America and the similarly utilitarian and practical Kombis from Germany. Today, all these and many variations in between, fall under the classic umbrella.

This then is a primer to The Classic Car Show at the Nasrec Expo Centre, just off the N1 highway, south-east of Johannesburg, on July 1, 2018. The gates open at 8 am and the show runs until 4 pm. And the ticket prices are amazing value, a fraction of other car shows held in the Gauteng area.

In addition to the classic cars, there will be a special Japanese vs German modern classic display, special prawns on sale to eat, as well as other cuisine and a beer garden, live music, helicopter rides, drifting at the Nasrec skid pad, stalls selling motor-related paraphernalia and clothing and much more.

And much, much more.

For more information visit www.clasiccarshow.co.za, or contact the organiser, Paulo Calisto, on 066 057 5425.