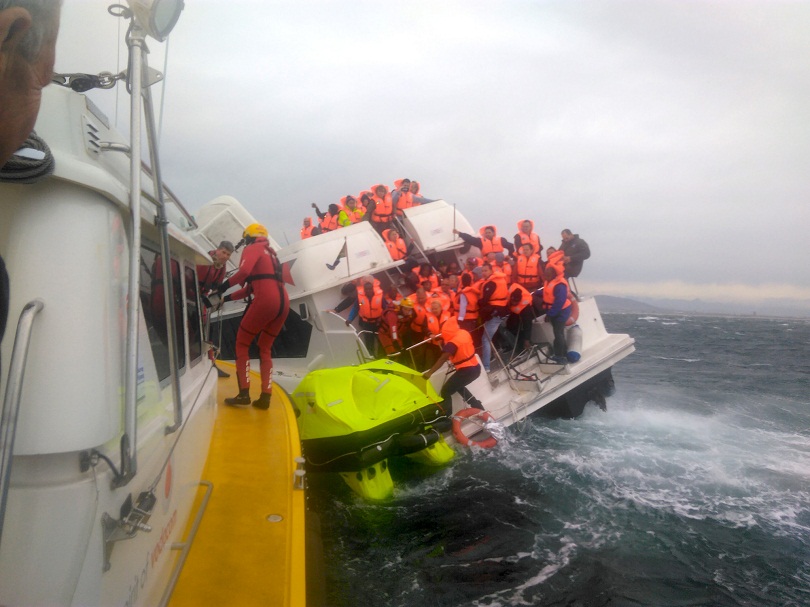 51st Annual General Meeting and Awards evening will be held in Cape Town on Saturday 9th June, 2018, at The Century City Conference Centre, 17h30 for 18h00.

Mark Bayly, a Sea Rescue ambassador, has once again donated his time as our MC.

FIRE RESCUES: Recognition for the exceptional effort during the Knysna and Plettenberg Bay Fires in 2017 –  CEO Letters of Appreciation are presented to:

On the afternoon of the 15th September 2017, crews from our NSRI Station 3 Table Bay, NSRI Station 8 Hout Bay and NSRI Training boats went to the assistance of the Robben Island ferry, the ‘Thandi’, when she began to take on water in Table Bay with 68 passengers on board. – CEO Letters of Appreciation are presented to:

Recognition from the International Maritime Rescue Federation H.E.R.O. awards as the runner up for an Outstanding Team Contribution to the NSRI’s schools’ education programme in 2017. Our Water Safety Instructors around the country have taught over 1.6m children how to be safe around water, as part of our drowning prevention programme. The Award was presented to the water safety team leader Eoudia Erasmus and Instructor Charles McHelm at a ceremony in Poole by International Maritime Rescue Federation in November 2017.

The Most Improved Station of the year 2017 awarded to: Station 16 Strandfontein

The Best RIB Station of the year 2017 awarded to: Station 21 St Francis Bay

MARMION MARSH TROPHY 2017 awarded to: Howard Godfrey for his individual noteworthy service to the cause of Sea Rescue in South Africa for over 46 years.

ALRIC SIMPSON TROPHY 2017 awarded to: The Publishing Partnership for their remarkable effort and contribution since 2004 to the successful production and publication of the NSRI Magazine “SEA RESCUE”.

The Award is presented to Executive Directors Mark Beare and John Morkel and Managing Editor Wendy Maritz of TPP.

HONORARY LIFE MEMBERSHIP awarded to volunteers and staff that have been in service for more than 25 years and for their commitment to Sea Rescue.

Directors’ Thanks to Andy Connell – on the occasion of his standing down as Station Commander of Station 29 Air Sea Rescue.

Directors’ Thanks to Dave Roberts – on the occasion of his standing down as Regional Representative of NSRI Region 2, Cape Town.

Chairman’s Letter of Appreciation to Howard Godfrey – on the occasion of his standing down from the Awards Committee.