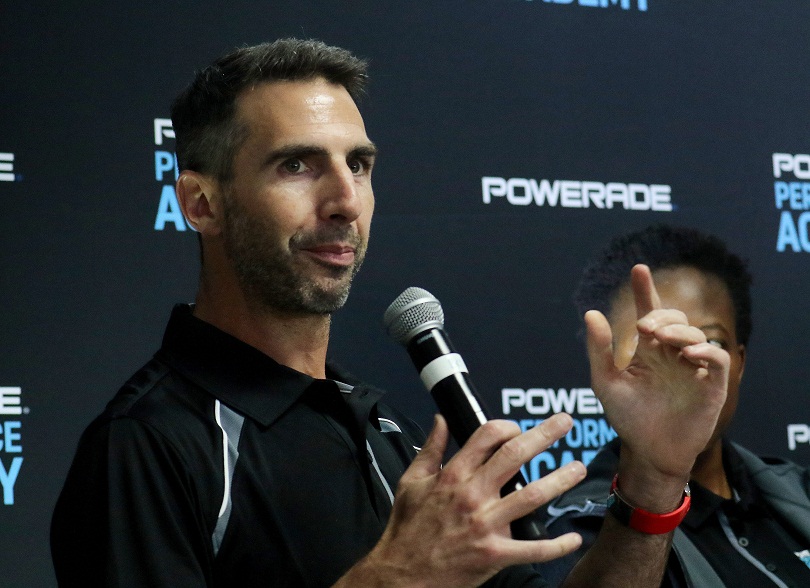 Powerade launched its first leg of Performance Academies taking place across major cities in the country.

The Academy, hosted at the Kingsmead Cricket Ground, saw several performance experts running an interactive one-day seminar.  Among these experts was Craig Joubert, South African Professional Rugby Union Referee and a Referee Talent Development Coach at World Rugby, who challenged and empowered the Durban-based coaches with critical knowledge to optimise their players’ performances.

For the 2018 campaign, Powerade has drawn attention to coaches by Celebrating Everyday Coaches. This campaign will see the everyday ‘ordinary’ coaches who do extraordinary things by refining young talent that goes on to do exploits on world stages. This is because coaches contribute greatly to the success of their teams/athletes and act as mentors and influencers for many sportsmen and women.

(Question) What was the objective of your session with the coaches?

I wanted to share with this group of coaches at the Powerade Performance Academy some of the learnings that we have taken out of how to create a high-performance team.

Our first objective was to create an optimal performance team. I wanted to share ideas as to why culture is important to an effective team and some of the key values that they live by that contributes to success in their environments.

There are a lot of similarities between the team that we are sending to the Olympics and what the coaches find at their schools.

Hopefully the coaches learned something from my presentation and they take it back to the schools to create effective and high-performance teams.

(Question) What feedback did you get from the coaches?

“Honesty” does not only mean that you don’t lie to a player, it also deals with information that you give to a team. This includes good and bad news. You earn respect when you are honest and transparent in difficult decisions that you have to make. An example of a difficult decision is where you look a player in the eye and tell them about a selections decision that you have made as to why they did not make the team.

We have found that through “Honesty” players respond well, and they trust you more and are more honest with you.

Even when someone gets bad news, if you do it in an honest and transparent way, it will inspire them to improve.

The job of management is make sure that they continuously commit to the values that they came up with.

For very young kids you can ask them to tell you “what the team is all about” once they have done that you will see them work towards that goal.

We often underestimate young people but by giving them the responsibility to create their own team goals you will be astounded as to how they react, and you will benefit from it.

(Question) How do you deal with pressure and how do you learn from criticism?

(Answer) Criticism is a big challenge for school sport coaches.

Coaches give their time freely and willingly. Parents should be appreciative for what a coach does to further a kid’s development. Some criticism from parents and school sport players can be quite vicious which is similar to what referees can get. I encourage the coaches to try to put the criticism into perspective. The fiercest criticism for a referee comes from the guy that is on his couch at home. They have access to all the replays and all the technology that they need to complain.

For school coaches you will find that most parents will only come through on weekends and not during the week. Some of them think that their kids are better than what they actually are. The reality is that their kids are most probably not as good as what they think they are. What they don’t know is that coaches are trying to do their best to help these kids and these are not the people that you should worry about.

I tell coaches to surround themselves with the people whose criticisms they respect. You never stop learning and constructive criticism will help you become a better coach. Be selective about who you listen to. A lot of people out there with opinions and they are not knowledgeable in the sport that you coach, and they also are very emotional because you are coaching someone close to them. Respect these peoples emotions but do not listen to them.

The next leg of Powerade Performance Academies will take place in Port Elizabeth(July), Cape Town (September) and Johannesburg (November).