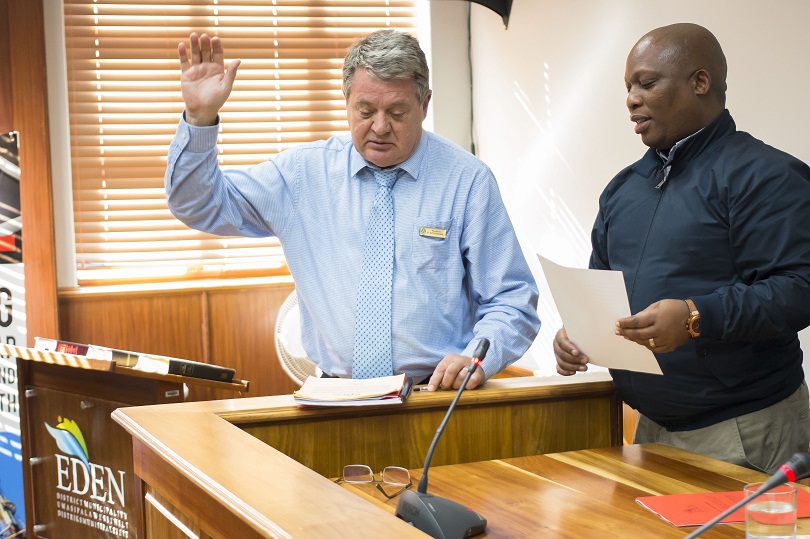 During a Special Council meeting which is still underway at Eden District Municipality’s Council Chambers in George, Cllr Barend Groenewald has been unanimously elected as the Acting Speaker.

Caption:  Cllr Groenwald pledging his commitment to the role of Speaker and to Council, on his right is Mr Monde Stratu, Municipal Manager.