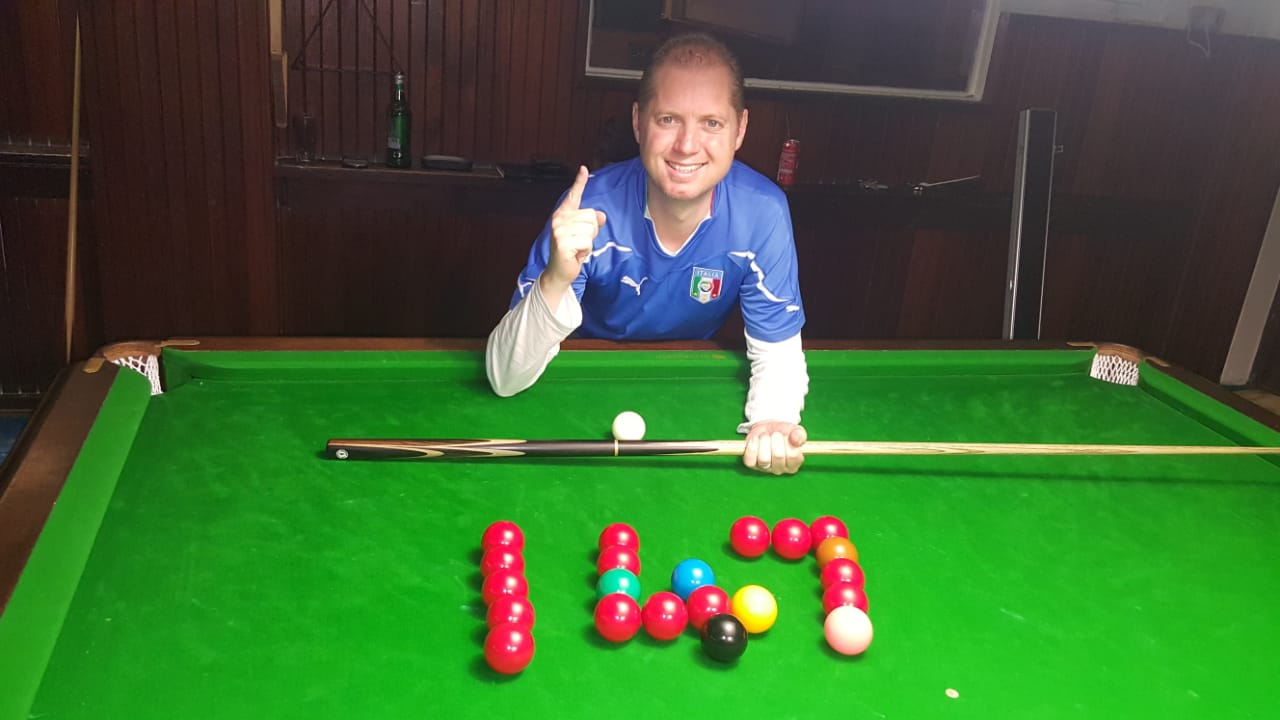 The SPAR South African singles snooker championship will see the cream of South Africa’s players gathering at the Hellenic Hall in Port Elizabeth for the annual event, starting on Sunday.

The singles championship, which will see 64 snooker participants vying for the national title, will end on Saturday, culminating in a prize-giving function in the evening.

It will be followed by the 6 Reds championship from June 24 to 27.

Whereas snooker is played with 15 red balls, the 6 Reds format is played with six red balls and six colour balls. It will have a field of 34 players competing over the four days.

“The Nelson Mandela Bay Snooker and Billiards Association are organising the event and we are looking forward to a week of high-quality snooker,” he said.

“The tournament will conclude with the semifinals played on Friday and finals being played next Saturday.”

Dupouy, who is based in Port Elizabeth, said Nelson Mandela Bay star Charl Jonck would have a chance to make a name for himself.

“Charl has been making 147 breaks and he is playing like a demon,” he said.

“Because he is playing in his first national singles championship after a long break he is not seeded. But if anyone can make an impact from PE it will be Charl.”

The top 64 players in the country were invited to compete in the championship, with substitutes filling in if any of those were unable to play, said Dupouy.

“Players like Faris Kahn, Kiashen Moodley, Ricky Tregoning, Pierre Jordan and Mutalieb Allie, who was the African Masters runner-up this year, will be competing for this prestigious title.”

“We are really grateful to SPAR for stepping in at the last minute to sponsor this event,” he said. “Their support is critical to the success of the championships and much appreciated.”

SPAR Eastern Cape sponsorship and events manager Alan Stapleton said they were looking forward to seeing some of the country’s best players in action.

“While snooker is not traditionally a sport which we get behind, when we received the request and heard the background, we were happy to come on board,” he said.

“It is always exciting to do things a little differently and it’s good to have South Africa’s leading snooker players in our city.

“We are happy to be able to lend a hand to a Cinderella sport which struggles to attract sponsors.”

CAPTION: Port Elizabeth’s Charl Jonck will be hoping to make his mark when the South African snooker championships get under way at the Hellenic Hall in Port Elizabeth on Sunday. Picture: Supplied