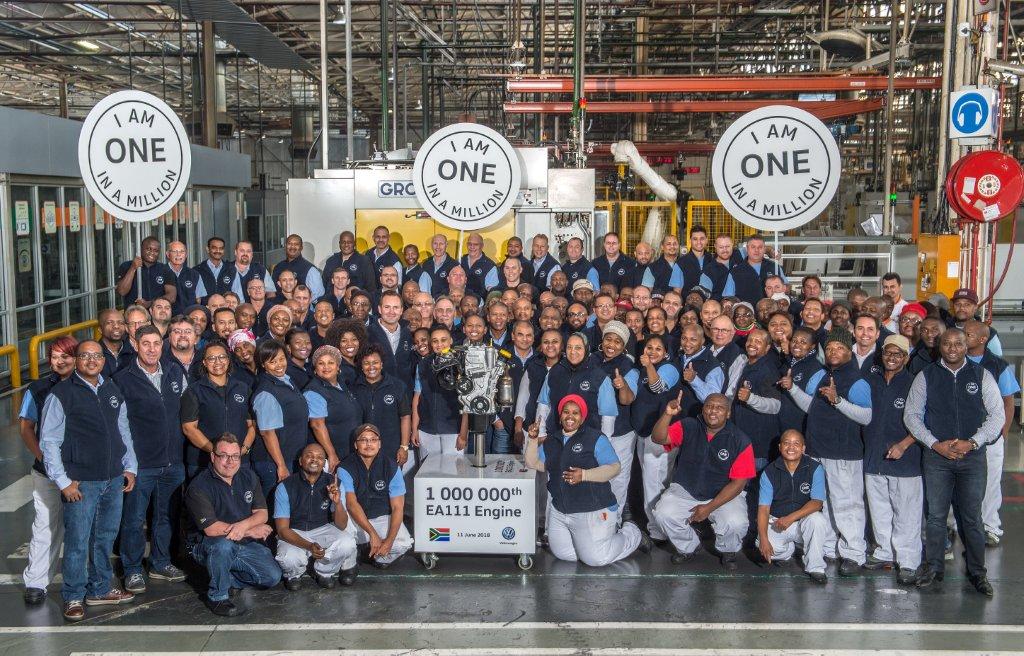 Production of the EA111 engine started in January 2010 when the first engines for the then new Polo and Polo Vivo were produced for the local market which was followed by producing engines for export markets including China, India, Taiwan, Mexico and Malaysia.

Apart from assembling the engine locally, the grey cast iron cylinder block for the engine as well as the bearing cap for the block is also machined in-house.

“This is the most successful line that we have run in the Engine Plant since it was opened in 1981. It’s still operating flawlessly and at an output performance level far exceeding the initial target,” said Richard Reid, Unit

The foundation of the EA111 engine’s success is its reliability and fuel economy provided by the strong and flexible design concept that underpins it.  Some 350 000 local customers have taken delivery of a Polo or Polo Vivo since 2010.

The production line is designed in such a way that the output capacity can be adjusted without affecting the quality or stability.

The Engine Plant is currently producing over 450 engines and just over 470 machined engine blocks per day with a two shift pattern run by 192 operators and setters ” The Engine Plant’s continued dedication to meeting  the strict quality standards set by the Volkswagen Group and continuous achievement of volume targets is a credit to their great team work.  They are a great example of a team that live our Volkswagen Values of Respect, Integrity, OneTeam and Excellence, “said Thomas Schaefer, Chairman and Managing Director of Volkswagen Group South Africa.

The EA111 engine which started production in 2010 is fitted to the latest generation Polo Vivo built in Uitenhage. The EA111 engine is manufactured in two derivatives, namely a 1.4l and 1.6l available with both manual and automatic transmissions.  The EA111 engine continues to be exported to India.