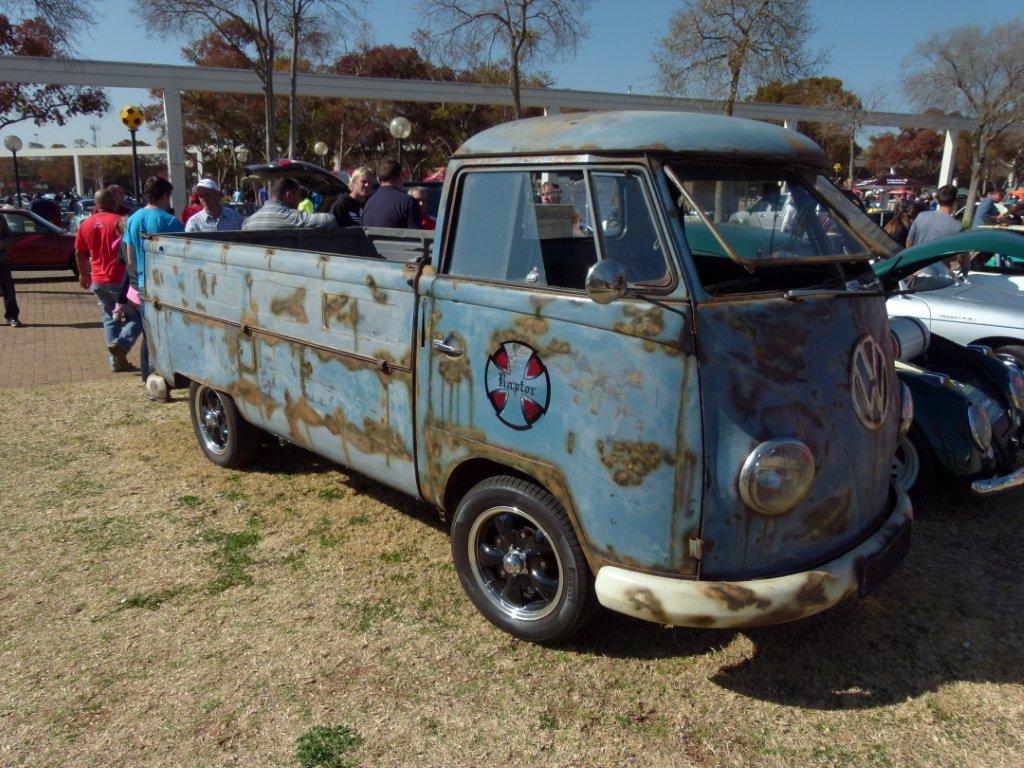 Brian Joss – The great thing about The Classic Car Show is that you never know what you’ll find around the next corner.

At the previous event at the Nasrec Expo Centre, located just a stone’s throw from Soccer City, south-west of Johannesburg, one of the most amazing displays was that of a 1967 Dodge Charger “barn-find”.

1967 Dodge Chargers existed in the country. This one was the first to make any sort of public appearance in decades, although the famous Chargers from

1969 and 1970 are nowadays very popular amongst muscle car devotees in this country and command a respect bordering on jaw-dropping awe!

The 1967 Dodge Charger pre-dates, by one year, the famous Charger that was used in the Steve McQueen movie Bullitt, which featured what many consider to be the best car chase sequence ever filmed. The scene of this car chase was through the steeply undulating streets of San Francisco, with the hero, played by McQueen, driving a 1968 Ford Mustang 390 GT. The baddies were in the Charger, but this one, by 1968, had already evolved into the familiar coke-bottle shape that most people associate with the Charger today.

concerned) seen at Nasrec last December was of a less curvy, square shape, and larger and more sedan-like than the typical Charger you might see in fully-restored and customised form elsewhere at Nasrec, on Sunday July 1.

The Classic Car Show always dishes up surprises, but the quality of cars has increased steadily at this event, since it was first mooted by organiser Paolo Calisto seven years ago.

The one-day event on Sunday, July 1, is expected to draw at least 1 000 cars, and they range from the scrappy to the wildly customised to potential concours winners, like the immaculately restored 1959 Cadillac Eldorado, in the correct pale pink, spotted on the upper field at Nasrec last December.

This winter edition of The Classic Car Show will bring out Gauteng’s finest, and will number plenty of American cars like Chevys from the iconic

Cortinas always turn out in their droves, and it is interesting to see the interpretations of many Cortina models from the 1960s when the car first broke cover. Ford Cortinas were produced here in South Africa from 1962 until 1983 through five generations, and for many of those years the Cortina was the number one selling car in South Africa.

You are likely to see a couple of former Number One Selling models at Nasrec. Chief amongst these will be Volkswagen Beetles, which often took the top sales spot in South Africa, throughout its years on sale dating from

1951 to 1979. At the Classic Car Show, Beetles will turn out in all sorts of guises from rank rat-jobs to pristine original models, to the famous California-Look with immaculate paint but lowered suspension and period aftermarket wheels.

The same pretty much goes for the VW buses (Kombis) which will arrive at Nasrec in both Split Window (T1) and Bay Window (T2) form, and, again in all sorts of “schools” according to the owner’s interpretation of the classic VW themes now in fashion.

Another Number One seller which is becoming more and more popular at classic car events is the Valiant, built here by Chrysler in Pretoria from the mid-1960s through until the mid-1970s. It was highly unusual for such a relatively large car to take the number one sales spot in South Africa, but it was due to the Valiant being amazing value for money and very reliable for its day.

Quite apart from the plethora of V8s, hot roads, custom cars, pick-ups and

100 per cent original classics, there will be plenty of entertainment on offer besides the classic cars includes aspecial Japanese vs German modern classic display; tasty cuisine and a beer garden; live music; helicopter rides; drifting at the Nasrec skid pad and stalls selling motor-related paraphernalia and clothing The Classic Car Show is held at the Nasrec Expo Centre, just off the N1 highway, south-east of Johannesburg, on July 1.  The gates open at 8 am and the show runs until 4 pm.

Drivers of Classic Cars which are at least 30 years old will be admitted free of charge, along with one passenger. Additional passengers in classic cars will have to pay full admission price.

For more information visit www.clasiccarshow.co.za, or contact the organiser, Paulo Calisto, on 066 057 5425.