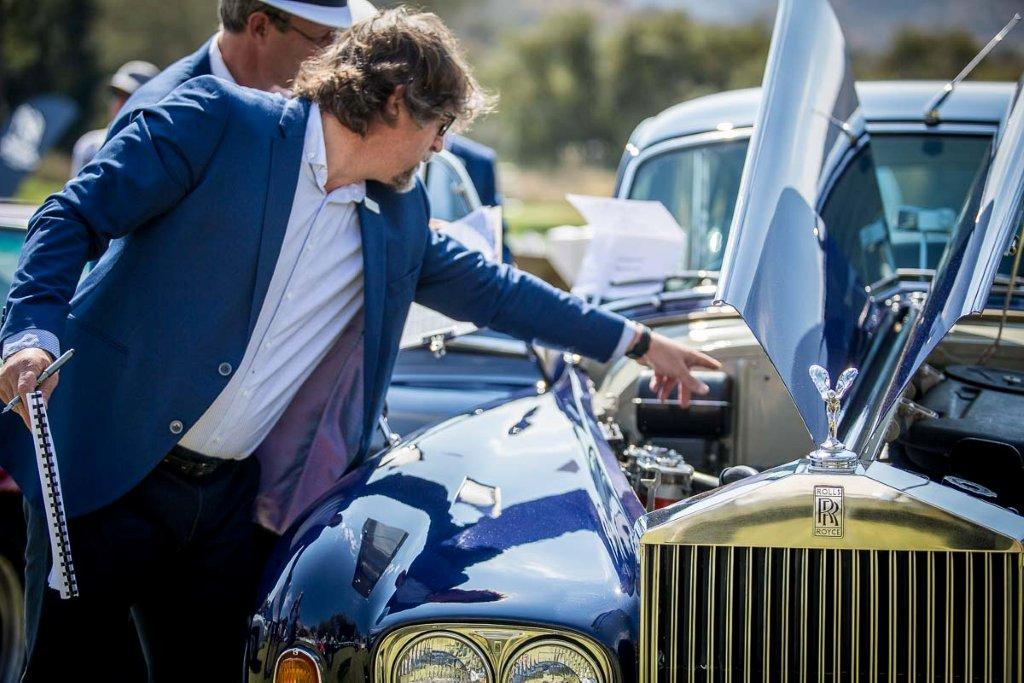 The organisers have announced some mouth-watering admission and entertainment packages for the third annual Concours South Africa, which will be hosted by Steyn City, Sandton, from August 10 to 12.

“We would encourage anyone serious about classic cars to take this unique opportunity, to experience a phenomenal selection of historic cars from the glory days of motoring,” said organiser and Concours Master of Ceremonies, Greg Marucchi.

“With most of these rare automotive creations cossetted away all year round, Concours South Africa is your one chance to indulge your automotive fantasies, while at the same time enjoying first-class deluxe hospitality,” added Marucchi.

The Concours event, and the hospitality areas, will be located alongside the picturesque creek running through Steyn City, in the area known as Mandela Park, on the outskirts of Sandton.

“The display and judging areas will be situated on both sides of the creek, and viewing the 100 cars on show will take the form of a meander along the river’s banks through the adjoining manicured grassland, with quaint bridges criss-crossing the creek to bring you in touch with yet another display of exquisitely desirable automobiles.”

The hospitality area has been christened Creekview Classique by the organisers, and will be right in the hub of the event, in touch with the cars and the painstaking judging process that will take place on the Saturday and Sunday of the event.

*Hospitality packages will cost R2 500  each a day, plus Vat and includes among others oysters and champagne, lunch and free bar. Corporate hospitality is R30 000 +Vat for 10 tickets.

Tickets for the public are R500 each. Email Sabrina Morris:

sabrina@eventoptions.co.za for details and to book your hospitality and corporate seats/ Concours South Africa 2018 will be limited this year to 100 cars. Entries have been received in a steady flow by the organisers since the official announcement of the 2018 eventin March. And recently two very interesting entries have been received, show-casing the wide range of machinery and values that will be represented by the cars on the field.

After a lengthy restoration, this beautiful Mercedes-Benz 300 SL Roadster will augment an impressive Mercedes contingent at Concours South Africa 2018. This is the open-topped version of the famous original Mercedes-Benz Gullwing, first introduced in 1955, while the Roadster was first launched in 1958. The 300 Sl Roadster was actually a response to criticism that the Gullwing, so named because of its doors that were hinged on the roof of the car, was dramatic to look at, but not overly practical in daily usage.

The Roadster uses a similar space-frame(tubular) chassis, an dependent rear suspension, disc brakes, and the very advanced-for-its-time three-litre six-cylinder overhead camshaft engine with direct petrol injection, to that of the 300 SL Gullwing.

This car is owned by arch classic car enthusiast Franco Scribante, who is also known for setting fastest times in the Simola Hillclimb in classic race-car machinery.

1960 Volkswagen Beetle  has been entered in the Resto-Mod class by East Rand restorers Generation Old School, of Benoni.

“The car is built to 1958 specifications, and still has the semaphore indicators, the last year that these pop-out stalk indicators were fitted to the Volkswagen Beetle. However, this particular car was first registered only in 1960, and this makes the car a bit of a rarity,” says Generation Old School’s Wynand Strydom.

“Although we restored the car for its owner (who does not wish to be named) to so-called VW Vintage specs, we have added a few non-period touches, such as leather-covered seats. So this is why we are entering in the Resto-Mod category, because we accept it is not 100 per cent original.

“However, it still runs the original engine, and it is painted in an original US-spec colour known as ‘Lizard Green.’ And the wheels and hubcaps are period-correct, as are the bumpers, trim and lights.

“In fact this car is typical of the kind of cars we built at Generation Old School. We say we will give you an absolutely original classic in 2018 fettle!”

*Owners of classic, vintage and veteran cars can still enter their cars for this year’s Concours South Africa 2018, at Steyn City. Owners should visit www.concourssouthafrica.com for details on how to enter the event.