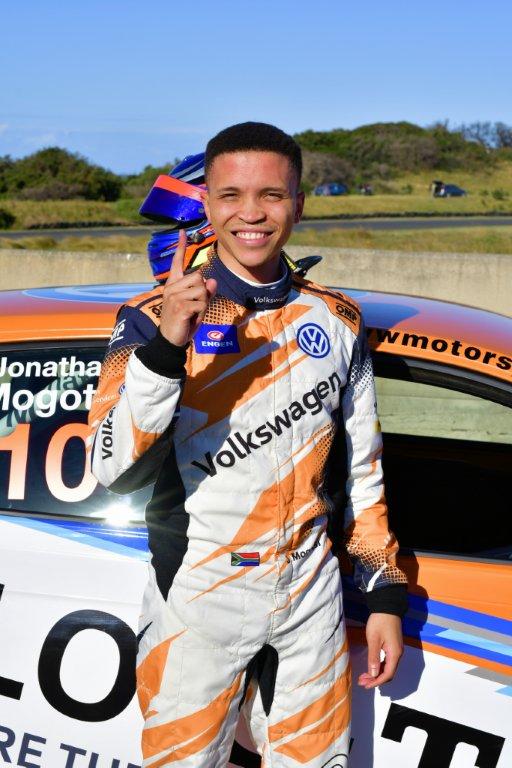 The ultra-fast venue and extremely windy conditions challenged drivers and cars to the full, with an unexpected winner emerging.

In race one Mogotsi showed his qualifying pace was no fluke when he led the opening eight-lap race from starting lights to chequered flag.

Behind him Pepper, using her Push to Pass opportunities wisely, emerged on top after a spirited six-car war.

In race two Tasmin Pepper’s car suffered a punctuated radiator during the warmup lap and she was forced to retire.

Mogotsi then repeated his first race form, taking the lead on the opening lap and relentlessly pulling ahead.

He made no mistakes and eventually finished the ten laps a full four seconds ahead of the pack.

Kruger’s respective fifth and sixth places on the day were sufficient to retain his overall 2018 championship lead, narrowly ahead of Pepper, with Mogotsi now close enough to cause an upset at the next outing.

The next two rounds of the 2018 Engen Polo Cup championship will be held at the Port Elizabeth Aldo Scribante circuit on Saturday, July 14.