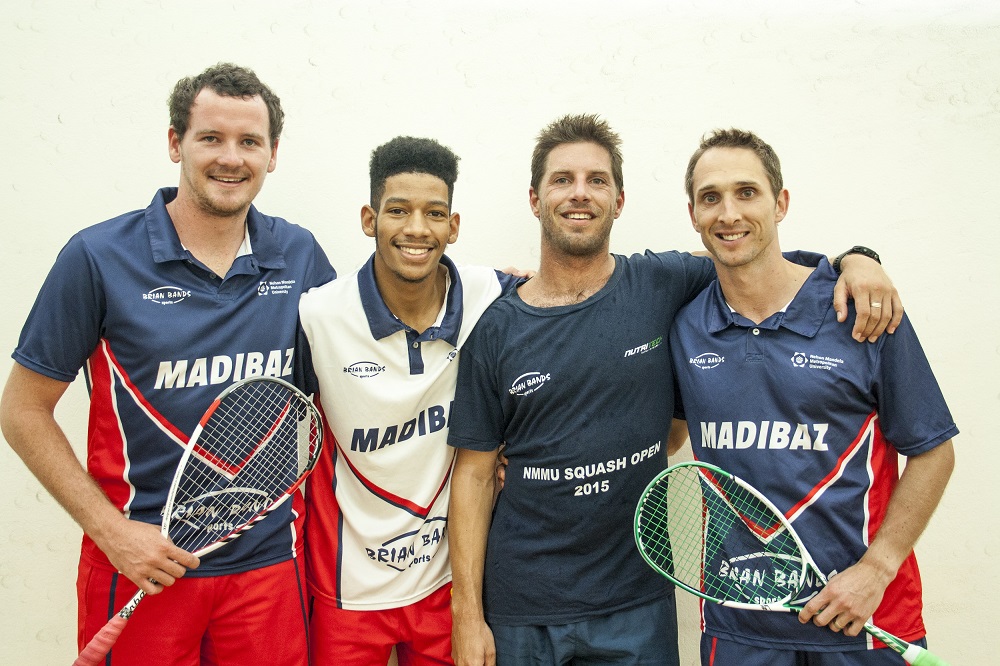 The Madibaz team will be aiming to make a big impression at the University Sport South Africa squash tournament this year, with their team having been boosted by the inclusion of a number of key players.

The annual week takes place at Nelson Mandela University in Port Elizabeth from July 1 to 7 and involves the cream of the country’s young student players.

A year ago, Madibaz ended fourth in a close finish, with just one point separating them from NWU-Pukke. In turn, Pukke were just a point behind second-placed University of Pretoria.

Mandela University coach Jason le Roux acknowledged that the players would be in for a tough week, which includes both individual and team events.

“Once the individual tournament is completed the teams are ranked according to how their players did,” said Le Roux.

“This makes the team event a strength versus strength affair, so there are no easy matches.”

However, he added that they were looking to finish at least on the podium, and hoped to challenge defending champions University of Johannesburg for the title.

Le Roux said they had gained some quality players this year, including John Kuhn, who won the Madibaz Open in May.

“We have John Kuhn at one, Brendan Basset at two and Warren Bower at No 3.

“In the girls’ team, Danielle Shone comes in at three to join Hayley Ward and Bianca Brown, so we have definitely improved in strength.

“The players have been working hard in preparing for the week and the fact that we are hosting it has provided extra motivation.”

He acknowledged that UJ, who include last year’s individual champions in Blessing Muhwati and Alexa Pienaar, would be formidable opponents.

“But this year our men’s team is strong enough to compete with UJ and the girls are capable of holding their own, so it’s going to be very interesting,” said Le Roux.

“The main thing is not to allow any slip-ups during the team event, which can hurt your chances.

“Because of the tough programme for the week, fitness and fatigue can play a big part in the closing stages of the tournament.”

Le Roux said the tournament would start on Sunday July 1 with the first round of the individual competition, which would be completed on the Tuesday.

The team event will run from Wednesday to Friday.

“We are delighted to be hosting this tournament and are working very hard to ensure everything runs smoothly,” she said.

“Jason is excited with the progress of the players and we think we have a brilliant team, capable of doing really well.”