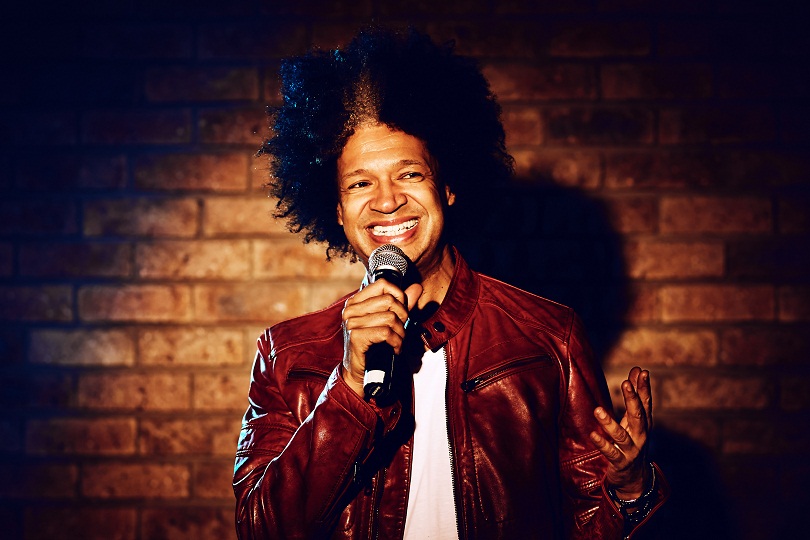 With his characteristic wild hair and grin and his rapid-fire delivery and sense of timing, Marc Lottering has earned the title of comedic genius.

It may be twenty years since he launched his career but he still continues to deliver world-class comedy.  And he’ll be bringing his unique brand of comedy and entertainment for one night only to the Lyric Theatre on Sunday, July 8th with his new stand-up show, LOTTERING AT THE LYRIC.

Fans can expect to hear Lottering’s blend of South African humour with his outrageous views on a broad range of topics including ‘French Polony’, ‘Call Centre Agents’ and ‘Gluten’.  He has mastered the act of creating something truly comedic from his everyday observations.

The popular Capetonian comes to Johannesburg fresh from his sell-out season of his smash-hit show, AUNTY MERLE THE MUSICAL, which was nominated for 4 Fleur du Cap theatre awards.  He has been the recipient of several prestigious awards along his journey and his self-scripted one-man shows continue to play to packed houses locally and abroad.

LOTTERING AT THE LYRIC is not suitable for children.

Tickets start from R195 and are available through Computicket.  The show starts at 15h00.  The Lyric Theatre is located at Gold Reef City, Northern Parkway in Ormonde.