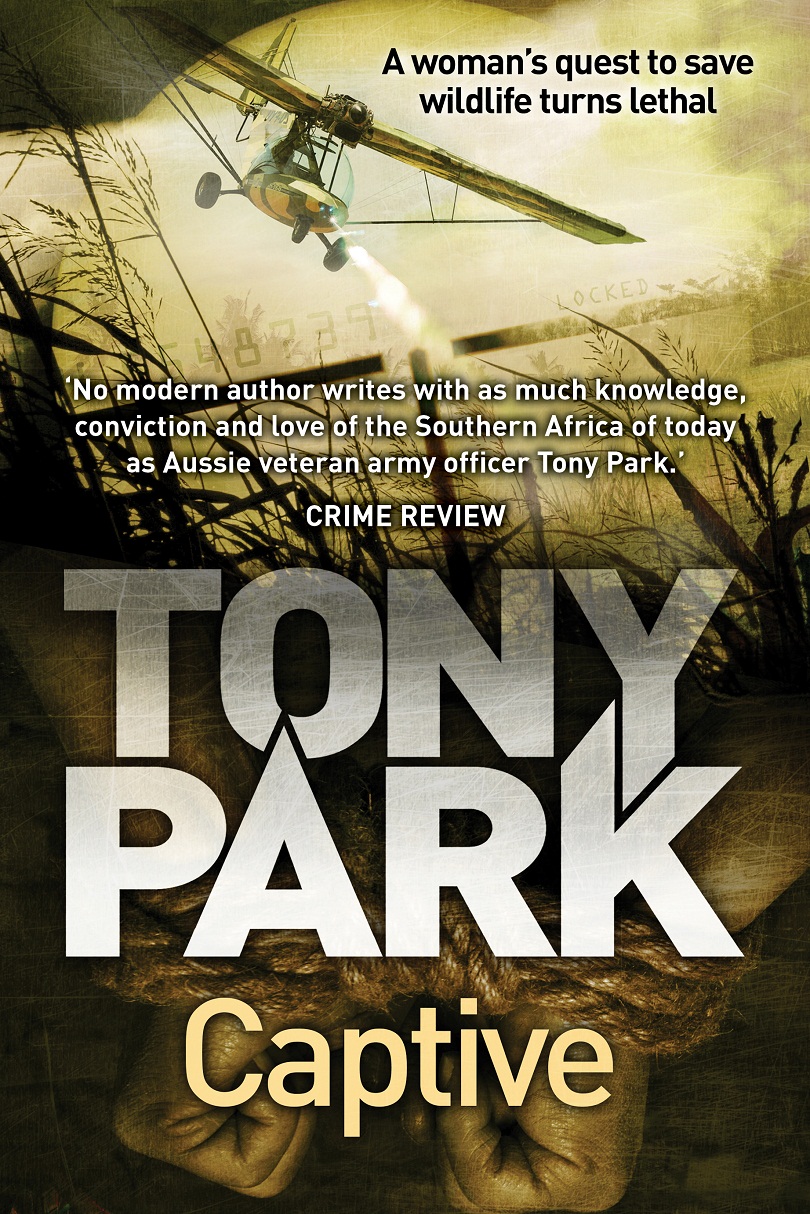 Southern Africa is the second home of Australian author, Tony Park and his wife Nicola. But it’s the bush and the wildlife that attracts them so it’s not surprising that this is the background to all his books in the series. When he started writing his wildlife thrillers, the first one was Far Horizon, he was dubbed Australia’s answer to Wilbur Smith. I think that now he is a much better writer. Even when Smith was at his best, with the exception of the best-selling When The Lion Feeds. Captive is Park’s 15th book, although he has written several non-fiction works in collaboration with other authors.

Captive focuses on NGOs, rhino and elephant poaching and the illegal sale of rhino horn. Often some of the characters reappear , in this case Nelspruit policewoman, Sannie van Rensburg, who only has a cameo role. Parks uses an animal as an analogy for life: in this case it’s Ntsele, a honey badger who is in an Australian zoo but destined for release in Africa at a big media event, organised by Sarah Hoyland, founder of the NGO, Animals Without Borders.

Otherwise it’s a whole new cast. When Kerry Maxwell, a tax lawyer in Australia decides to become a volunteer at the Ukuphile Wildlife Orphanage run by a gone-to-seed veterinarian Graham Baird, who loves animals. However, he enjoys his dop a bit too much and has a cynical attitude to hide a heartbreak. But, he “forgot” that Kerry, who volunteered through Animals Without Borders, was arriving. When she arrives he is in a helicopter on a mission to save a baby elephant in Mozambique, on the eastern side of the Kruger National Park.

The veterinarian finds the elephant and a gang of poachers which leads to a shoot-out; the death of the pilot, who looked young enough to be in school and one of the poachers who it later turns out is the brother of Fidel Costa, a political bigwig and head of a poaching syndicate who swears to get his revenge.

Then it’s a rollercoaster ride of thrills and spills. Graham is tossed into a Mozambique jail and Kerry, as green as the grass in spring and with an innate sense of justice rushes to Massingir to help get him released. In turn she is kidnapped and her father, Bruce, a combat veteran, flies in to engineer her escape. However, he enlists the aid of Graham, whom he holds responsible for his daughter’s predicament,  and an American Seal, Eli Johnston, who has devoted his life to fighting poachers to rescue Kerry. Meanwhile, Hoyland, who has an eye out for the main chance, read donors’ dollars, enlists Costa in a hare-brained scheme to save the rhino. Captive ends in an explosive climax at Boulders, an isolated lodge in the Kruger. To say more would give the game away. But as always Park makes sure that justice is not only seen to be done, but that it is done and villains get their just desserts.