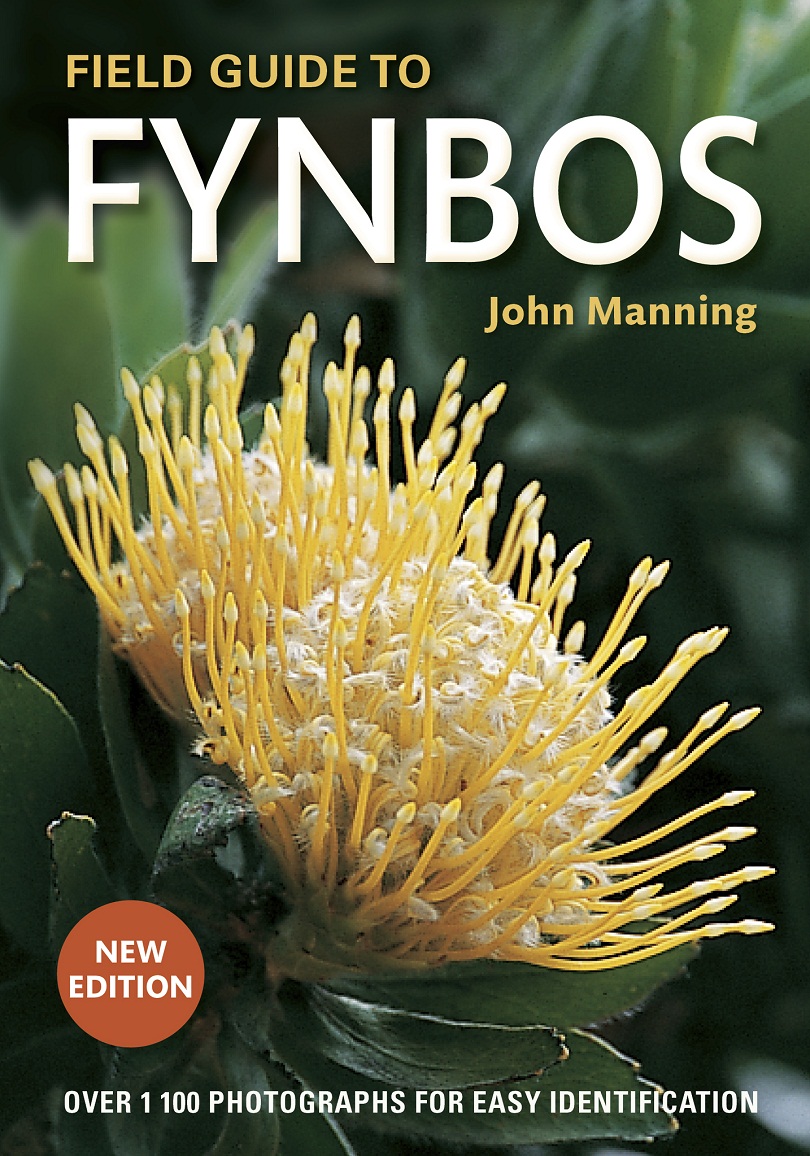 The unique vegetation, fynbos, is synonymous with the southern tip of Africa where it occupies a crescent of land stretching from VanRhynsdorp to Port Elizabeth, including the Cape Peninsula, writes John Manning in this updated guide which was first published in 2007.

In his introduction Manning writes about the history of fynbos, its diversity, how it is affected by fire, how it adapts to its surroundings and its origins. Interestingly the vegetation in South Western Australia and the Cape are similar and visitors from Down Under will recognise many of the species.

The flowering fynbos first appeared about 150 million years ago. Evidence suggests that climatic changes were instrumental in the evolution of the plant. Helpfully, Manning explains how to navigate the guide which describes 61 families with the genera grouped into sections to aid in identification.

Where possible vernacular names have been used along with their scientific names. But the common names are usually more colourful and informative, sometimes relating to their medicinal attributes. For example, the Colchicum family (colchicaceae) contains the toxic alkaloid colchicine, although not stated by Manning, colchicine is also used to treat acute attacks of gout. Another species used medicinally is the Rhamnaceaea (Phylica Family) which contains quinine-like compounds.

I prefer the vernacular names to the Latin tags: they are much more evocative of this amazing plant world.  Here are just a few:  Katstertbos; Powderpuff; Geelgesiggie; Bitterbush; Drumsticks/ Verfblommetjies, refers to the use of the flowers of certain species as a source of dye; the Harveya or Inkflower/Inkblom were used by the early colonists as writing ink. The plants turn black as they dry. Oncosiphon is another name for Stinkweed/ Stinkkruid which is traditionally used as an anti-spasmodic. The Leucospermum or Pincushion/ Spelderkussing is also known as the luisiesbos because the nutlets of several species resemble lice.

Each entry is accompanied by photographs, distribution maps, comparisons with similar species, and a note on traditional uses.

Field Guide to Fynbos is indeed an indispensable book for botanists and amateurs alike and those who have an interest in wild flowers. Including the index and glossary it runs to 509 pages and weighs in at just under 1kg (according to my bathroom scale), it’s worth taking with you on your next hike.

The full colour images are by Manning and the late Colin Paterson-Jones, who was awarded the first Percy Sergeant Award for his outstanding contribution in the field of botanical photography; he also wrote or co-authored several books including Southern African Wildflowers: jewels of the veld. Manning is an internationally respected botanist at the SA National Biodiversity Institute (SANBI) in Cape Town. He has also written and co-authored several books and won awards including the Botanical Society of South Africa Marloth Medal a few years ago and the University of KwaZulu-Natal Convocation Award for his contribution to science, industry and technology.