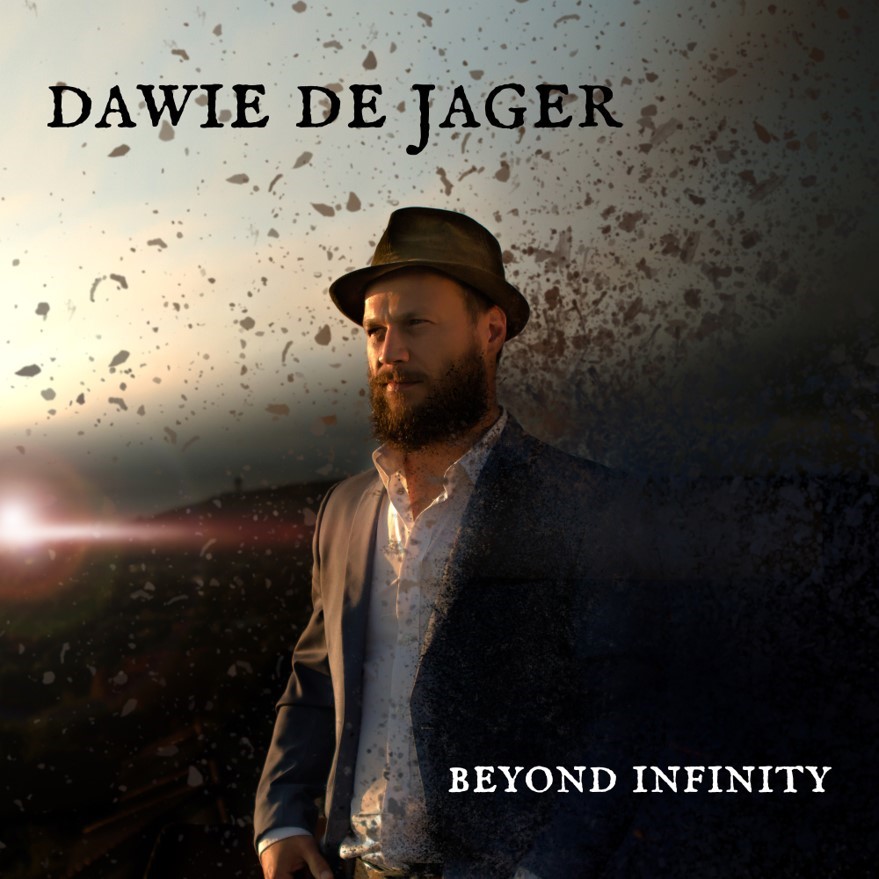 Dawie de Jager is not an unfamiliar face in the music industry.

He not only caught the ‘ear’ of  Bobby van Jaarsveld and fans of The Voice SA during the second season of the reality show, but is also the creative composer behind the soundtracks of several blockbusters, including Roepman, Sy Klink Soos Lente, Jonathan, Verraaiers and the upcoming film, Stroomop. Now he is in the spotlight again – this time with a brand new single, BEYOND INFINITY, which has just been released and promises to impress listeners while giving his career a further boost.

The musician’s deep story-teller’s voice is the perfect fit for BEYOND INFINITY, a haunting contemporary track that he wrote himself. The song is loaded with emotion and immediately makes you realise how much love Dawie has for what he does. The track has a compelling melody that is easy on the ear and lingers long after you’ve listened to it.

“I love watching the stars and am the type of guy who would make a wish on a falling star. This song says that if we were all stars, falling from the sky and burning out, I would prefer to fall with someone I love, rather than alone. I wrote the song, but at one stage felt that it needed polishing. So I roped in my older brother, Sallas, to help bring it all together,” he explains about the track, which is very close to his heart. “I am very proud of the melody and lyrics. It emphasises the register of my voice and has that organic band sound that I like.”

According to the singer, he does not want to commit himself to a specific language or genre. He decided to share some of his English work with listeners after his participation in The Voice netted him many new fans. “I believe this is one of the best songs I have ever written. You tend to wear your heart on your sleeve when sharing your songs in this way,” he reveals. An album is also on the cards in the near future.

Dawie grew up in a sporty household, but there was always room for music. Years ago, his parents even held musical evenings in Bronkhorstbaai, during which artists such as Lucas Maree, Anton Goosen and Laurika Rauch would join them. Even though he didn’t think much of it at the time, the music bug eventually bit him in grade 10 when he got his first guitar and started a band. At the end of matric, he joined the group Klopjag.

Although the group still performs after all these years and have even toured England, Dawie joined Die Tuindwergies in 2009, and have performed with them at events like Jacaranda Day. He has since also made a name for himself as a music director and have composed the soundtracks for eight South African feature films. This is his sixteenth year in the industry.

Damien Rice, Bruce Springsteen, U2, Cat Stevens, Pearl Jam, Koos du Plessis, Koos Kombuis, Valiant Swart and Lucas Maree are all artists he greatly admires, and he reckons it would be fantastic to one day perform with the likes of Art Matthews, Karen Zoid, Dan Patlansky, Francois van Coke and David Kramer. “I can’t sing about ‘toeters op waterskoeters’ and things I know nothing about. So, I like to write about life as I know and experience it. I also resonate with artists who make me feel as if everything they sing about is relevant to my life, and who aren’t willing to sacrifice their integrity,” he admits.

If he had to choose another career, he would love to be an architect as he enjoys creative work. “The music industry has taught me that there are no shortcuts and that you have to work hard for what you want. I have also realised that nothing is more important than your family.”

Dawie believes that when words and pictures fail to say what you feel, music will carry you. That is very true about his own music. BEYOND INFINITY’s meaningful lyrics will undoubtedly capture listeners’ interest, but it is the deep emotion wrapped up in this track that will live on in their hearts.

BEYOND INFINITY is available on iTunes and Google Play: