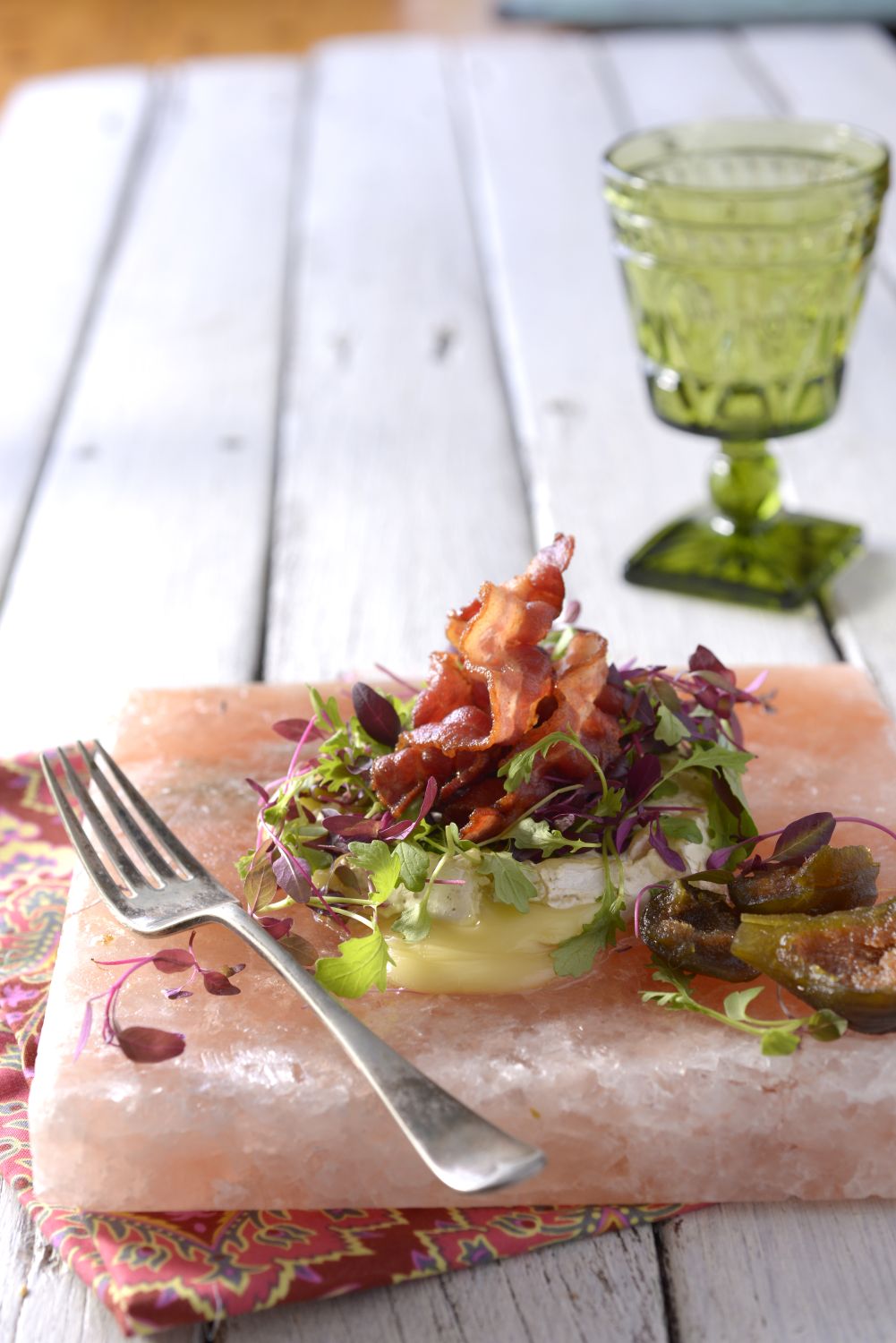 Salt has been part of human history for thousands of years, believed to be used as currency for some time in certain parts of the world and even in religious ceremonies in ancient Egypt.

Naturally, over time, salt has become a key ingredient in the human diet and today the most common salt we find on store shelves is table salt – a refined and bleached salt produced from evaporated seawater, which is becoming increasingly polluted.

Himalayan crystal salt on the other hand is thought to be the purest form of salt found on the planet as it does not undergo a refinement process and has been protected from modern day pollution for millennia, preserved by volcanic lava and ice… salt “in its whole food form”, so to speak.

Salty Sistas Himalayan Salt Cooking author and SaltPur Cape Town owner, Liezel Maree, says: “The health benefits of using Himalayan crystal salt are many. It contains the same 84 trace minerals and elements that are found in the human body and because it is less refined, and fragments are larger, you are actually consuming less sodium per serving than regular table salt. In addition, it supports heart health, promotes a stable pH balance within the body, strengthens bones, improves circulation, lowers blood pressure and actually helps the body absorb nutrients. Himalayan crystal salt is also anti-microbial – a natural disinfectant.”

Besides the numerous Himalayan table and crystal salt products used in the kitchen you will find that the less common salt slab/ salt block delivers a better taste and more mineral content. And there are numerous ways to cook with a salt block that are both nutritious and delicious… all laid bare in a beautiful new Himalayan Salt Cooking book. Maree continues: “Whether the salt block is a new addition to your kitchen or you’ve had one for years but you’ve been too afraid to use it, this cookbook is for you. It contains around fifty easy to follow recipes that will blow you away, as well as tips on curing and cleaning your salt block, serving on salt blocks and in salt bowls, and simple tricks for cooking with salt slabs.”

From humble beginnings at the Fourways Farmers Market in 2016, the Salty Sistas range of salt products can now be found at SaltPur branches in Johannesburg and Cape Town, at select markets in the Western Cape and online.

CEO and owner of SaltPur Johannesburg, Salman Ahmed Mughal adds: “I would like to thank my friend and business associate, Liezel Maree, for such a marvellous Himalayan Salt cook book, for the opportunity to share my personal journey through her work, and for continuing our efforts of expanding the potential of Himalayan Salt. In the words of Nelson Mandela, ‘Let there be work, bread, water and salt for all’.”

The Himalayan Salt Cooking book can be found at select Western Cape markets, in branch at select Exclusive Books and Bargain Books stores, online at Loot.co.za or via the websites www.saltysistas.co.za and www.saltpur.co.za.

For more information on Himalayan crystal salt and the Salty Sistas range of products email orders@saltpur.co.za or visit www.saltysistas.co.za.

SaltPur is a result of two brothers believing in the benefits of Himalayan crystal salt and working day and night to bring their vision to fruition in South Africa. The name ‘SaltPur’ means ‘pure salt from earth’ and their offerings range from the usual cooking salt grinders, salt blocks and salt bowls, to more rare salt lamps, candle holders, bath salts and massage stones.

ABOUT THE PRESIDENT HOTEL

All of this convenience and sophistication is situated in a spectacular setting: breath-taking views of endless ocean horizons set against the backdrop of the infamous Lion’s Head and Table Mountain, with the Atlantic Ocean and Sea Point promenade at its feet.

ABOUT PIERRE JOURDAN AND HAUTE CABRIÈRE

Haute Cabrière, situated in the picturesque Franschhoek valley, focusses exclusively on the creation of wines from the Chardonnay and Pinot Noir grape varietals. The cellar was originally founded with an emphasis on the production of sparkling wines made according to the traditional French method of bottle fermentation – Méthode Cap Classique. These wines are produced under the Pierre Jourdan label along with a still wine, Tranquille, and fortified dessert wine, Ratafia. Additional still wines are produced under the Haute Cabrière label and the most famous is the blend of Chardonnay and Pinot Noir, along with the Pinot Noir Reserve.

Pellegrino, Acqua Panna and Sanpellegrino Sparkling Fruit Beverages are international trademarks of Sanpellegrino S.p.A. Distributed in over 150 countries through branches and distributors in all five continents, these products represent quality excellence by virtue of their origins and perfectly interpret Italian style worldwide as a synthesis of pleasure, health and well-being. Founded in 1899, Sanpellegrino S.p.A, part of the Nestlé Waters group, is the leading company in the beverage sector in Italy with its range of mineral waters, non-alcoholic aperitifs, drinks and iced teas. As a major Italian producer of mineral water, it has always been committed to enhancing this primary good for the planet and works responsibly and passionately to ensure that this resource has a secure future.