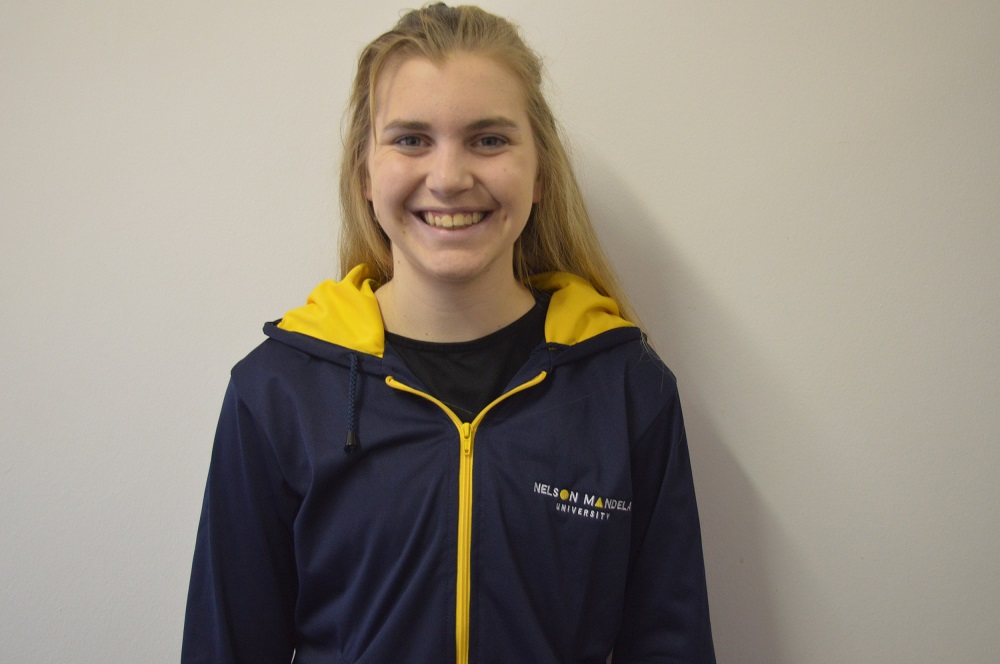 Promising Madibaz squash star Hayley Ward will be aiming to continue her good form this year when she heads the varsity’s women’s line-up for the University Sport South Africa tournament in Port Elizabeth next week.

The event, which involves individual and team categories, will be hosted by Nelson Mandela University from July 1 to 7.

The 20-year-old Ward finished fourth in last year’s tournament in Johannesburg and was included in the best-of-the-rest team at the conclusion of the week.

She has shown her potential this year, with her highlights being victories in the Londt Park Open and the EP Closed, but knows the USSA tournament will provide a true test of her status.

“I feel I have played better this year, with better results in the tournaments I have played,” said the third-year accounting student.

“And I believe I have also become mentally tougher.

“But I think I will have to wait for USSA and the Kaplan Cup interprovincial [in July] to see how I go against other players to assess if I have improved.”

From a team point of view, Ward said they would like to improve on their fourth position of last year with a place in, at least, the top three.

She added that in the individual tournament, from Sunday to Tuesday, she would be aiming to “play the best squash I can and give it my all”.

There were a number of aspects she was working on to continue her development, said Ward.

“I am still trying to work on my movement and speed on court.

“In addition, I have been trying to take the ball earlier and to improve on my overall game.”

She said her preparations for the week were on track, having combined court skills with a fitness programme she hoped would stand her in good stead in a challenging tournament.

Once the individual tournament is done, the team event will take place from Wednesday to Friday, with sides playing two matches a day.

Ward said they were looking forward to competing on familiar territory.

“I think it could be an advantage playing on our home courts as we often train here and will have more support than usual.

“However, some of the other student players also come from PE so they will have an idea of what to expect.”

CAPTION: Madibaz women’s No 1 Hayley Ward will be out to impress when the University Sport South Africa squash tournament is held at Nelson Mandela University in Port Elizabeth from July 1 to 7. Picture: Brittany Blaauw