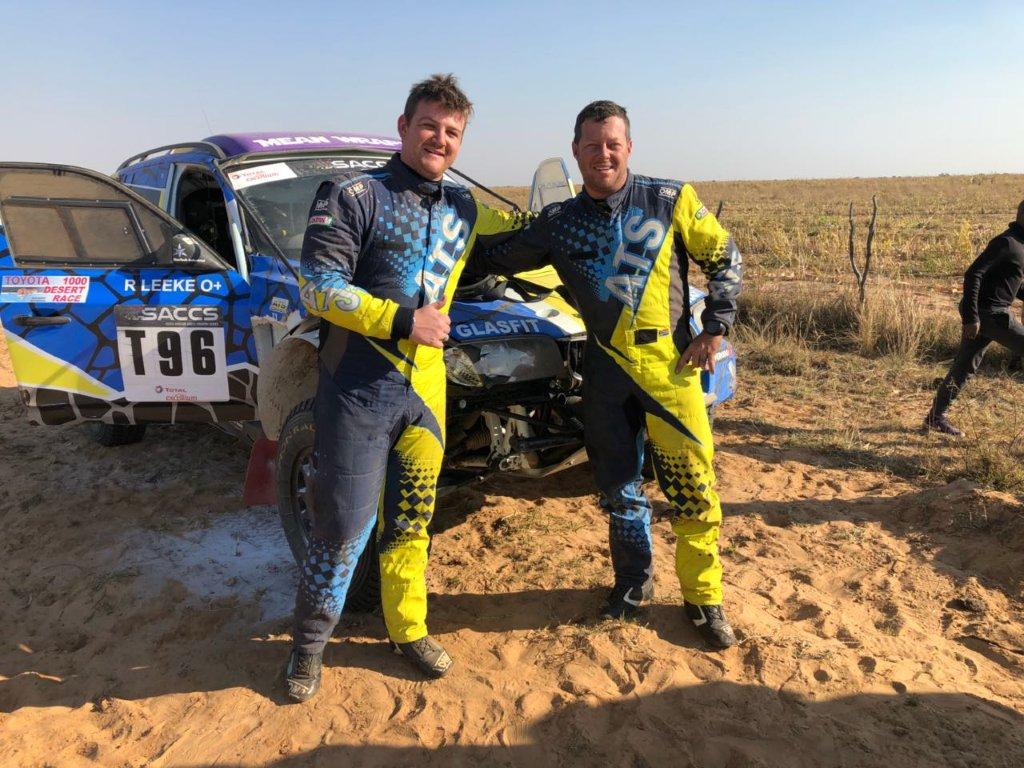 Brian Joss – If there are three letters motorsport competitors hate, it is DNF – for Did Not Finish.

But that’s the short story of the trip to the Toyota Kalahari Botswana 1000 Desert Race – which ended in Jwaneng in Botswana on Sunday afternoon, June 24 –  for Richard Leeke.

With the experienced Danie Stassen alongside in the absence or regular navigator Henry Kohne (sidelined after an off-road motorcycling accident) the crew of the Speedglas Welding Helmets BMW X3 made a reasonable start in Friday’s prologue, some niggles costing them what may have been a fourth-place kick-off in the fiercely-competitive class T.

Things were going swimmingly in the first of two loops comprising Saturday’s opening stanza of the race and at one stage the duo were up to fourth, but with the service point almost in sight the BMW died.and as it turned out it was out of fuel.

The expanses of thick sand and long straights (one measuring some nine kilometres in length, negotiated absolutely flat out in sixth gear) made the consumption calculations from Friday’s prologue wildly optimistic. As it turned out, the four-litre V8 had blazed through 175 litres of fuel to complete approximately 210 kilometres, consumption of 83 litres per 100 km.

After a long delay the team managed to siphon five litres from a helpful spectator’s car and continued, reaching the service point with more than a half-hour lost and the prospect of catching slower traffic for the rest of the day.

The upshot was having to make multiple overtaking manoeuvres in thick dust during the afternoon loop and after a number of heart-stopping near misses, the inevitable happened: they hit an off-route obstacle hard enough to damage a driveshaft. This in turn ripped a brake line away, which then caused a minor fire when the hydraulic fluid caught fire. With the brakes very much the worse for wear, Leeke and Stassen were forced to retire.

They started afresh next morning, keen to salvage some points from the Botswana excursion, with Sunday’s race in essence a separate event. But it wasn’t to be. Less than a kilometre from the start it was game over, a suspected clutch problem the cause.

“The Desert Race can be cruel and boy, it showed us its cruel side this weekend!” lamented the 22-year-old. “What has made it even harder to swallow is how well things were going early on Saturday, with Danie and I getting more and more comfortable with each other and the car really on song and

“We’ve got some fixing to do – none of it too major I hope – but irrespective, the Speedglas BMW will definitely be ready for the next round, which represents the halfway mark of the season. There’s no doubt that I’ve had all my bad luck crammed into the first half of the year and I’m really looking forward to a change of fortune!” concluded Leeke.