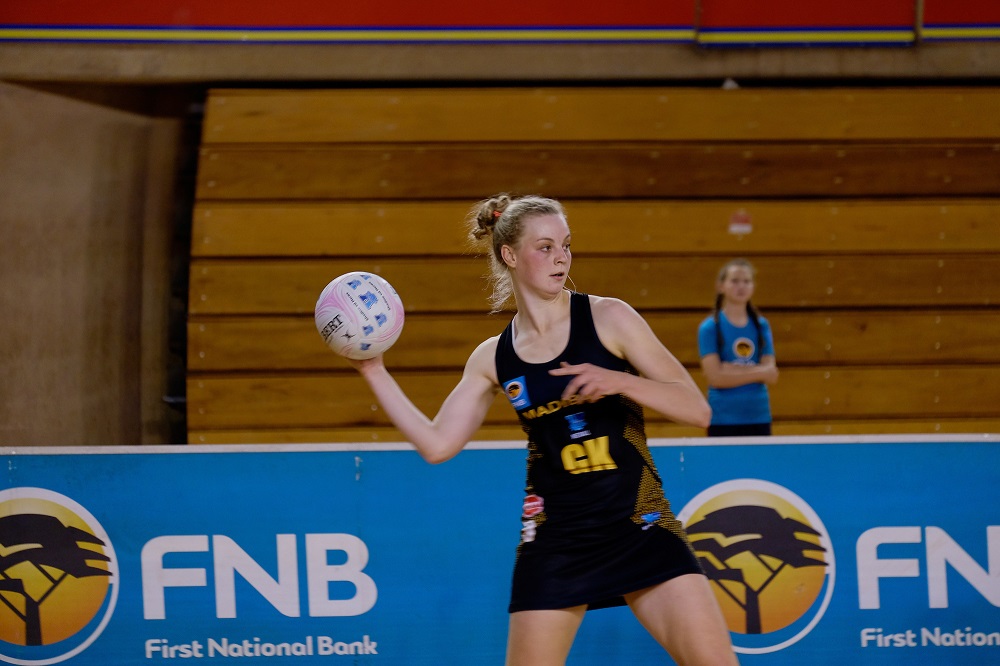 A period of intensive preparation should ensure that a youthful SPAR Madibaz netball team are ready to show their potential in the University Sport South Africa tournament in Bloemfontein next week.

The SPAR Nelson Mandela University squad for the event, to be held from Monday to Friday, includes six first-year students.

Coach Lana Krige said this week three of their senior players were injured and a fourth had graduated and was ineligible for the USSA week.

Nevertheless, she was buoyant at the young talent in the team.

“The loss of those exceptional and experienced players has left a gap, but I’m excited about the first-years who have been working extremely hard,” said Krige.

“They have all gone the extra mile to fill big boots and I am looking forward to seeing the result of their dedication.

“We need one player to stand up and say ‘I am the bar’. I cannot wait to see who it will be.”

They had done all they could to ensure they were as well prepared as possible, she added.

“We were lucky this year to acquire the services of Stephen Aylsworth and Lee Pote to help with the conditioning of the players.

“André Goosen was tasked with ensuring that our injuries were limited and that the players returned to action in the shortest possible time.”

Krige said their main goal was to finish in the top six.

“USSA is a great platform to test the waters for the Varsity Netball competition later in the year.”

She identified UP-Tuks, Free State and North-West Pukke as the danger teams, but said anything could happen.

“Those varsities all had either full teams or strong representation in the Brutal Fruit league and did extremely well.

“But this is a new competition and, on the day, if the shots fall, it can be anybody’s game. That is sport.”

“With netball being the biggest women’s sport in the country, we have to be seen as front runners or at least challenging for the top positions,” she said.

“USSA and Varsity Netball are the competitions in which institutions are measured by their success, as well as being the draw cards to attract young talent to our club.”

She added the SPAR Mandela University squad had been among the stronger teams in recent years.

“We have held our own by finishing in the top six at USSA and we are unbeaten in the Nelson Mandela Bay league and tournaments this year.

“Many of our players were also in the Eastern Cape Aloes team that participated in the Brutal Fruit premier league.”

CAPTION: Jeanie Steyn will lead the SPAR Madibaz netball team when they compete in the University Sport South Africa tournament in Bloemfontein from July 2 to 6. Picture: Saspa