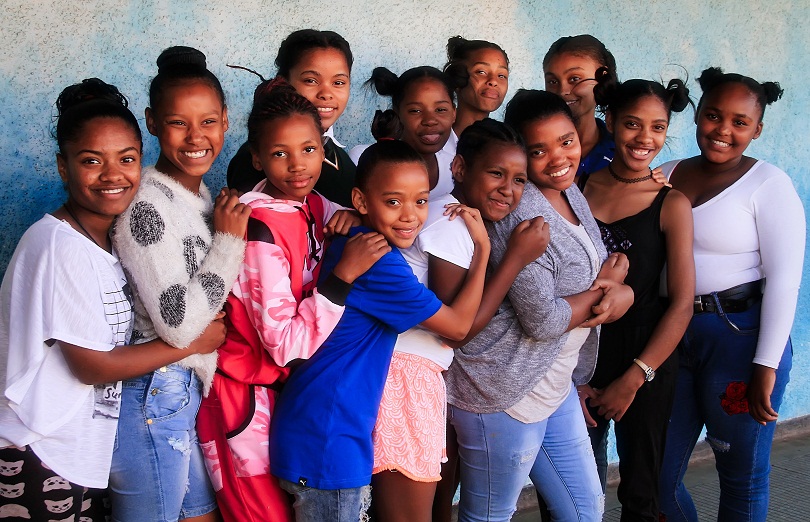 An exciting initiative at this year`s  Poetry in McGregor Festival is the Helenvale Poets “Back a buddy” project. The aim is to raise enough through donations to bring emerging poets from Helenvale, Port Elizabeth to the festival.

For more information or to make a donation go to: https://www.backabuddy.co.za/champion/project/helenvale-poets-attendance-at-the-mcgregor

After leaving a lasting impression at the McGregor Poetry Festival last year, the Helenvale Poets from Port Elizabeth have been invited to attend the Western Cape festival for a second time in August later this year.

Through encouraging creativity and self-expression, the Helenvale poets, have found a constructive way to contribute to society and to navigate what is often a dangerous and unfavourable environment.

“Most Port Elizabeth residents link Helenvale with images of drug-related shootings, of crime and violence, of poverty and unemployment. But the Helenvale Poetry project wishes to offer writers a way to write about their lives, their selves and their aspirations. It aims to break stereotypes, to show readers a human side of Helenvale, not often imagined outside of the community itself,” says Brian Walter, a Port Elizabeth poet and project manager of the Helenvale Poets project.

As part of the project, the poets are encouraged to share their realities, their aspirations for the future and reimagine their potential.

“Young people in this community often have no guided recreation or hobbies, and youth typically have no jobs. Many social problems emerge from the circumstances in which people dwell. It is dangerous, and the young writers often write about the shootings and other troubles in the community. The project is designed to allow participants to use the poetic, written word to explore and question their surroundings, and to find their place and voice,” says Walter.

In addition to sharpening their poetry and creative writing skills, the project involves life-skills such as public speaking and reading, the writing process, computer skills and managing events.

“The project as a whole is starting to get support from partners such as the Helenvale Primary School, the Swiss Centre for International Health (SCIH) and the Nelson Mandela University Centre for Community Technologies, while the Volkswagen Community Trust has made a contribution specifically for the McGregor trip.”

Margaret Armoed (58), among last year’s participants at McGregor, found closure in writing, when her son Byron Armoed (aged 30), one of the group’s founders, was tragically killed in 2015 in a violent shooting. His solo-collection, Nagedagte, was published posthumously a year later. Fellow poets who attended the festival in 2017, Shenesia Booysen (16) and Anastacia Williams (16), also found confidence in sharing their stories with their peers.

In hopes to nurture and inspire 13 young poets, aged 9 to 17, and accompanying adult poets from Helenvale, the founders of The McGregor Poetry Festival have created a campaign on the donations-based crowdfunding platform, BackaBuddy, to appeal to the public to support the poets on a journey to broaden their horizons.

The campaign went live on the 11th March 2018 and has thus far raised R31 857.48 towards the target of R45 000.00 which includes accommodation, food and transportation to the event. Thus far, 43 donors have contributed. The event takes place on the *24 August 2018. All donors qualify for a section 18a tax clearance certificate issued by The McGregor Arts Community Project.

Attending the festival has the following benefits:

Travelling out of Helenvale is a new experience for most

Presenting poems at the festival builds confidence, a sense of worth

Being part of a poetry community, being asked to sign books!

Attending sessions by other poets: most importantly, from similar backgrounds

Seeing writing as a process leading to books and readings

Donate to this project here:

A proudly South African crowdfunding platform where individuals have the opportunity to raise funds for causes they feel passionate about.

For additional information about the Helenvale campaign please email:

Read more about the Back a Buddy campaign to help them raise funds to be able to attend and participate at the McGregor Poetry Festival in August 2018.