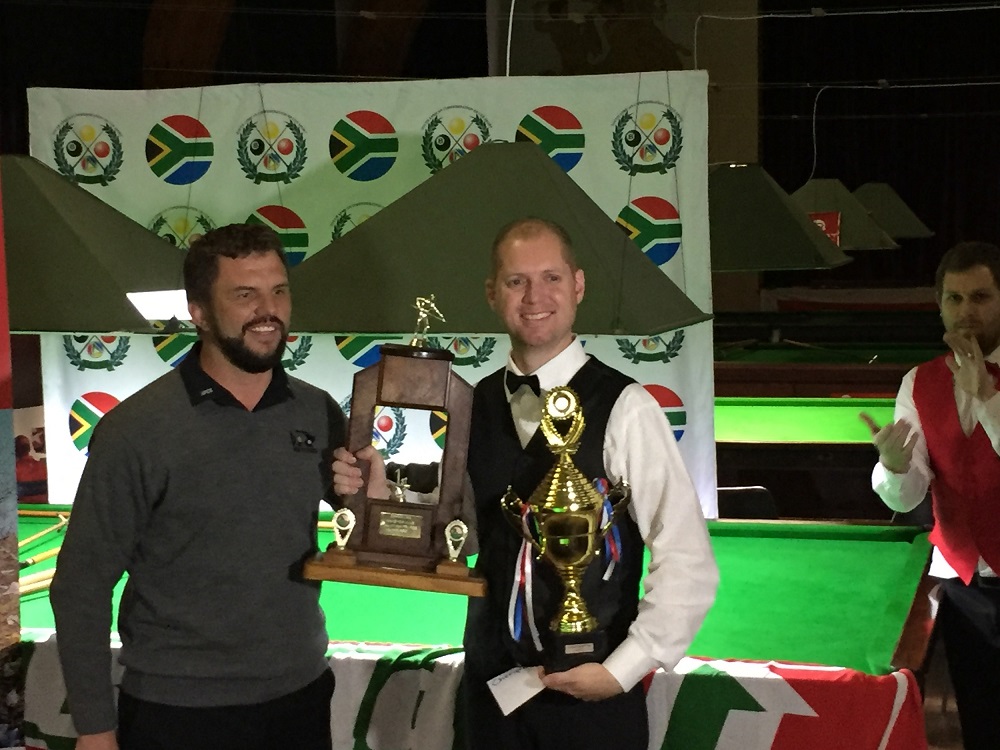 Port Elizabeth snooker star Charl Jonck made up for his disappointment in the national singles championship by winning the SPAR South African 6 Reds title in Port Elizabeth this week.

Jonck produced a maximum break of 75 in the final to defeat Cape Town’s Tariq Samsodien 7-1 at the Hellenic Hall on Tuesday.

It was the second setback of the week for former SA singles champion Samsodien, who lost to Goodwood clubmate Mutalieb Allie in the singles final on Saturday.

For Jonck, however, there was some compensation after he had lost in the quarterfinals of the singles competition.

The 6 Reds can be likened to cricket’s Twenty20 format, where the game is shorter and there is more pressure on the players.

Whereas snooker is played with 15 red balls, the 6 Reds format is played with six red balls and six colour balls. The SPAR national event at the Hellenic Hall had a field of 34 players.

Jonck was delighted. To be crowned national champion made up for the disappointment of missing out in the singles event, he said.

“I feel I actually ended the tournament by playing my best snooker. It may have been better to have the 6 Reds championship first and then go into the singles tournament.”

Jonck has won numerous snooker titles, including the Eastern Province 6 Reds championship, but this was his first national title in the shortened format.

As an established player, he was able to adapt comfortably to the strategy required for 6 Reds.

“But obviously, as there are fewer balls on the table, you just have to be a little more careful in the way you approach each game.

“There was good competition in the 6 Reds, with some top players in the field, but I felt comfortable throughout. My closest game was a 5-2 win.”

Although he was happy that the tournament was held in Port Elizabeth, Jonck said there were pros and cons.

“For example, you got to sleep in your own bed at night, but at six the next morning I was at my job, doing some work before going to play,” he said.

“From a SPAR perspective, we do like to things differently, so to be involved with the SPAR South African snooker championships has been an enlightening and interesting experience,” he said.

“It has been lovely to see the passion and tight family-like camaraderie in the snooker fraternity.”

Port Elizabeth will play host to the championships again next year as the tournaments are allocated to a venue on a two-year basis.