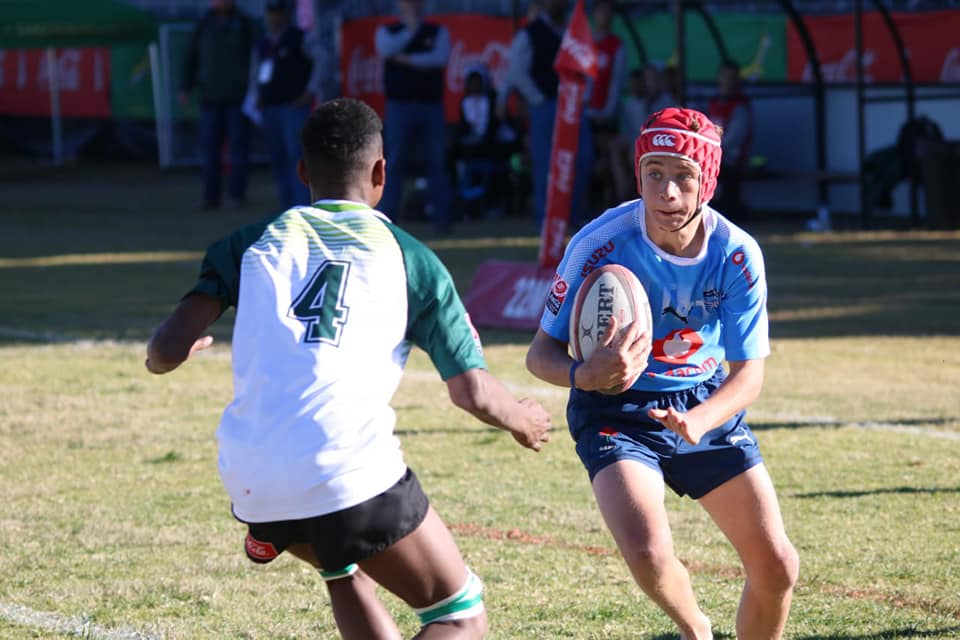 DHL Western Province, Boland, the Itec Blue Bulls and SWD on Tuesday ensured that they remained in the running to play in the final match of the U13 Coca-Cola Craven Week at Hoërskool Diamantveld in Kimberley, scheduled for Friday, as they registered their second victories in the tournament. 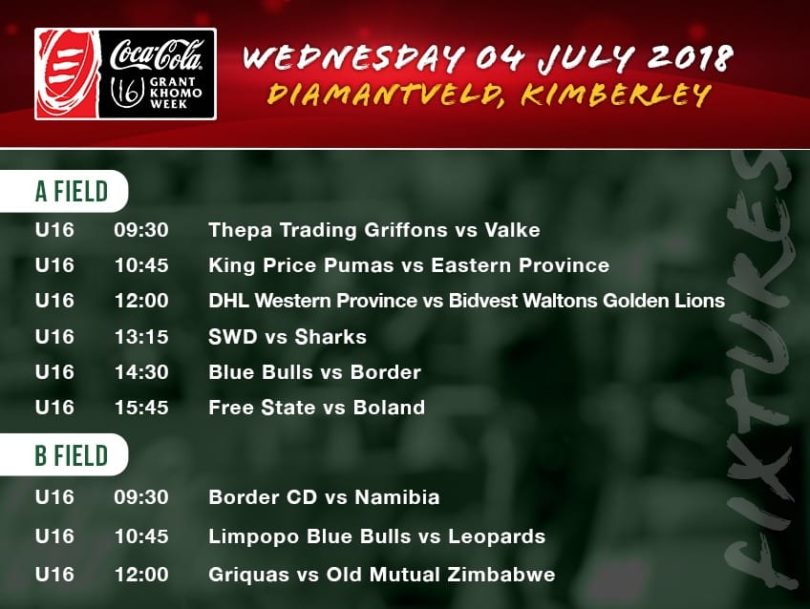 DHL Western Province showed their intent in the opening minute against Free State as they crossed the tryline for the first of their 10 tries to cruise to a 64-10 victory and the biggest win of the day. The Capetonians dominated possession and broke through the defence at will, despite the Bloemfontein team’s best efforts to contain them and build on their score. In the end, however, the Free Staters scored two tries for their efforts.

A try by Boland in the dying minutes earned them a narrow 22-20 victory against the Bidvest Waltons Golden Lions in what proved to be a tight tussle from the outset. Both teams gave everything and fought until the end, as the Gauteng side worked their way into a 20-17 lead with minutes to play after Boland led 10-8 at the break. In the end, Boland’s ability to capitalise better on their point-scoring opportunities – with four tries to three by their Johannesburg counterparts – sealed the victory.

The Itec Blue Bulls and SWD played to a 12-12 draw in a tightly-fought and physical encounter, in which both teams scored two tries and converted one. Such was the competitiveness of the match the teams entered the break at 5-5 and they were only able to breach the opposition’s defence once more in the second half, forcing them to settle for the draw.

The clash between the ITS Valke and hosts, Xerox Griquas, was a gripping high-tempo match, but the East Randers’ superior ability to round off their attacking chances steered them to a 15-0 victory. Both teams played with pace and commitment, and while the ITS Valke managed to break through for two tries, the home team failed to cross the tryline due to mistakes at crucial times.

Eastern Province outplayed the Thepa Trading Griffons 36-0, as they applied constant pressure on attack with their hard running and skilful play, while they did well to keep the opposition away from their tryline. This paved the way for their six tries, of which Lawu Bulali scored two.

The Leopards bounced back from their defeat in the opening round with a solid performance against Namibia to secure a convincing 27-0 victory, with their effective attack earning them five tries, while they shut out the visitors on defence completely.

Border also made up for their disappointing start to the tournament as they showed patience on attack and used the opportunities they created to touch down four times for a 20-10 victory against Namibia. Bunono Jabavu scored two of his team’s tries, while both of Namibia’s tries were scored after the break.

The Sharks handed Forever Resorts Limpopo their first defeat as they registered a comprehensive 34-8 victory following a strong all-round display. Their effective attack allowed them to cross the tryline an impressive six times, while their commitment on defence limited the Limpopo outfit to a try and penalty goal in the first half.

The clash between Border CD and Old Mutual Zimbabwe was hard-fought as the teams were closely matched, but the visitors’ ability to make better use of their try-scoring chances earned them two tries and a penalty goal for a 13-0 victory.

The U16 Coca-Cola Grant Khomo Week teams will return to the field on Wednesday for their second round of matches, while their U13 counterparts rest and recover ahead of their final two rounds of play, on Thursday and Friday.