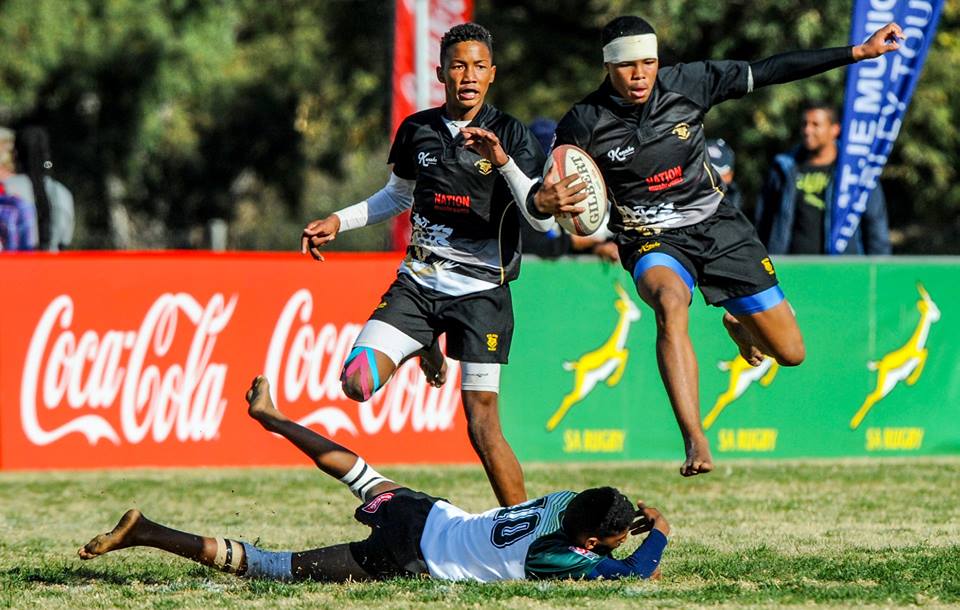 DHL Western Province kept alive their hopes of taking top honours in the U13 Coca-Cola Craven Week for the sixth year in a row as they beat the Itec Blue Bulls 17-8 to join their Western Cape counterparts, Boland, as the only unbeaten teams going into Friday’s final round at Hoërskool Diamantveld in Kimberley.

The match between DHL Western Province and the Itec Blue Bulls was a battle of attrition as both teams used their big forwards in attempt to force their way onto the front foot, and the scoreboard reflected that early on as the Bulls took a 5-3 lead before the Cape side powered their way to a 17-8 victory.

The Capetonians struck first with a penalty goal, but their opponents hit back with a try shortly before the break after applying sustained pressure on attack. The Blue Bulls kicked a penalty goal shortly after play resumed, and that proved to be their last points, as DHL Western Province retained possession, which paid off as they scored two tries to secure the win.

Boland’s raw pace and ability to navigate their way through and around the defence earned them a comprehensive 33-8 victory against SWD, which stretched their winning run to three matches. SWD fought hard to make their presence felt throughout the clash, but they managed to break through the defence only once. Boland, in turn, touched down five times with Jovawn Visagie and Boytjie Diedericks each scoring twice.

The Pumas were in sublime form against Border Country Districts as they delivered a balanced showing to run in an impressive eight tries for a rewarding 48-0 victory. Tebogo Nkosi, Keith Chirwa and Roelof Engelbrecht all earned braces as the team totally dominated on attack, while their effective defence ensured that they did not leak a try.

A strong first half by Bidvest Waltons Golden Lions paved the way for their 32-15 victory against their Gauteng neighbours, the ITS Valke, with six of their players crossing the tryline in the match. The Johannesburg team built up an encouraging 22-10 lead at the break thanks to their physicality and patience and they maintained this form as the game progressed to seal the win.

The Leopards found their rhythm in the second half against the Thepa Trading Griffons to earn a 24-5 victory thanks to their four tries to one. The first half was tightly-contested as both teams tried to use their physicality to gain ascendancy, and the only points scored was a converted try by the Leopards. But the momentum shifted in favour of the Potchefstroom outfit as the match progressed.

Border used their pace out wide and superior finishing skills to capitalise on their solid attacking play as they secured a 22-5 victory against hosts, Xerox Griquas, after holding a narrow 7-5 halftime lead. The home team fought hard, but they were unable to breach the defence in the second half, forcing them to settle for a single try for their efforts.

Forever Resorts Limpopo and the Free State were involved in a hard-fought clash in which the teams were level at 10-10 at the break before Limpopo nudged ahead, scoring four tries to three for a narrow 20-17 victory.

The clash between Eastern Province and the Sharks was equally tight as both teams ran hard on attack and showed commitment on defence, but the Eastern Cape side edged through for an 18-17 win. Eastern Province led 5-3 at the break, but their three tries and penalty goal to two converted tries and a penalty goal by the opposition was enough to nudge them to victory.

In the international, a late try by Namibia earned them a 10-8 victory in a competitive clash against Zimbabwe after the teams were level on 5-5 at the break. Both sides made good breaks on attack, but their efforts were countered by the determined defence, which resulted in only three tries being scored in the match.

The U13 and U16 Coca-Cola Youth Weeks will conclude on Friday in a jam-packed day of action featuring 18 clashes, with the top teams battling it out for the honours in the final matches of their respective tournaments.