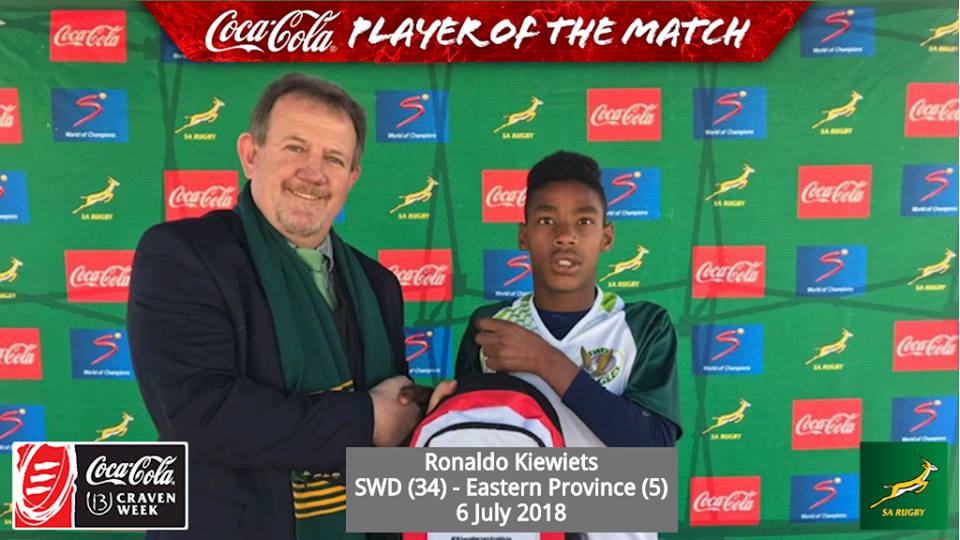 DHL Western Province showed grit in a closely fought closing match in the U13 Coca-Cola Craven Week at Hoërskool Diamantveld in Kimberley on Friday to take top honours in the tournament for the sixth successive season as they defeated their Western Cape neighbours Boland, 8-5.

Both teams showed their intent to run hard on attack from the outset as they used their pace in attempt to force their way close to the tryline. This solid attack, however, was greeted with committed defence, which saw the sides enter the break scoreless.

The Capetonians opted for a penalty goal after play resumed to open up the scoring following several attempts to breach the defence, and they backed this up with a try thanks to a smart call to spread the ball wide after solid forward pressure to take 8-0 lead. Boland fought back strongly and scored a late try, but this was too little too late, which left them short.

In the penultimate match of the day, Free State produced a solid display to secure a 35-19 victory against the Pumas. Qwyd Koen was in good form as he scored two of the team’s five tries, while Ian van der Merwe’s accurate goal kicking saw him kick all five conversions. The Mpumalanga outfit in turn were able to score only three tries.

A hat-trick by SWD’s Ronaldo Kiewiet and a fine attacking display by the team saw them outplay Eastern Province 34-5. The side did well work their way close to the tryline regularly and convert their chances into points, which allowed them to cross the chalk an impressive six times, while they limited the opposition to a single try for their efforts. 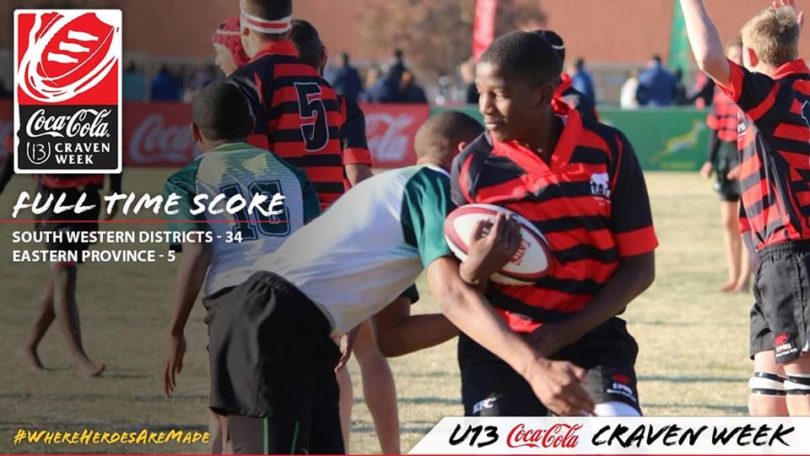 The Bidvest Waltons Golden Lions also gave a good account of themselves against their Gauteng neighbours, the Itec Blue Bulls, as Christi Botes scored two of their three tries for a 20-5 victory. The Johannesburg outfit did well to retain possession and apply pressure on attack, and they rounded off their chances.

The Sharks’ superior kicking form nudged them to a 22-10 victory against Border, despite the Durbanites scoring three tries to the East London outfit’s two. Border failed to convert their tries, while two conversions and a penalty goal by the Sharks’ Luyanda Kunene saw them build a fair cushion on the scoreboard.

The Thepa Trading Griffons also ensured that they finished their campaign on a winning note as they out-scored Old Mutual Zimbabwe three tries to one for a 19-10 victory, with the visitors only other points being a penalty goal.

The clash between Namibia and Border CD was hard-fought as neither team gave an inch, but Namibia’s ability to make better use of their point-scoring chances earned them an 8-0 victory thanks to a try and penalty goal.

A successful conversion, meanwhile, was the difference on the scoreboard between hosts, Xerox Griquas, and the Leopards as the home team snuck through for a 17-15 victory. Both sides scored three tries – with James Nero scoring two for Griquas – in what proved to be an epic clash from start to end.

ITS Valke and Forevert Resorts Limpopo were also involved in a tight tussle as both teams made encouraging breaks on attack, but these were countered by the solid defence, resulting in each team earning only one converted try for a 7-7 draw.