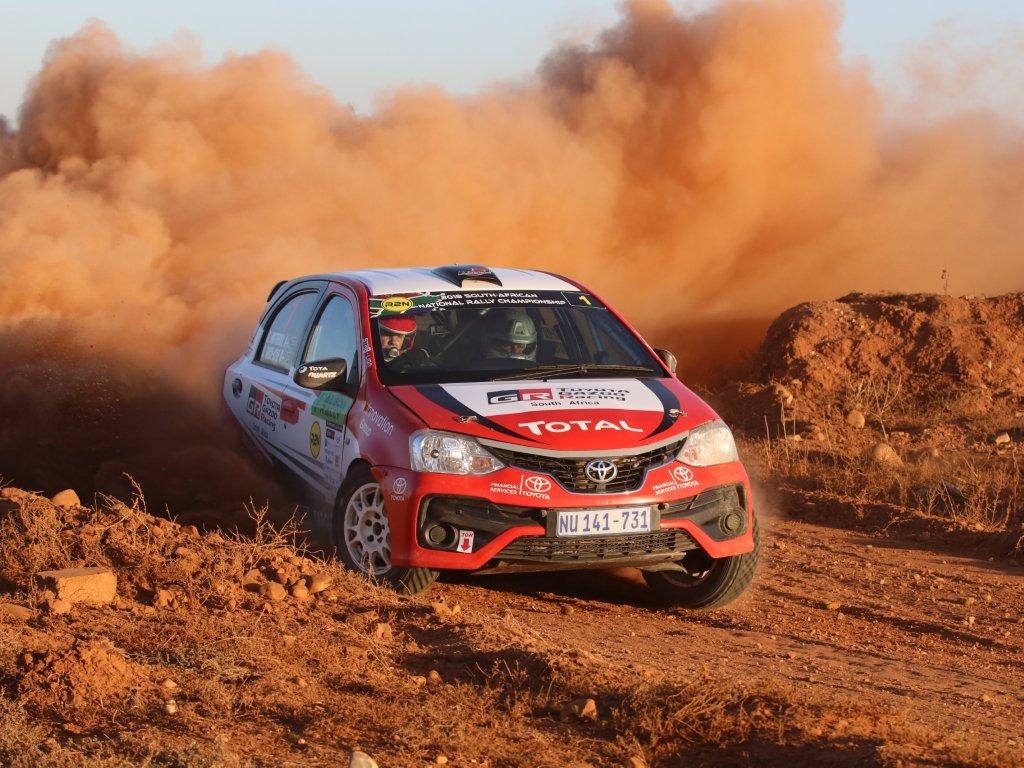 Brian Joss – It was a resounding, flag-to-flag victory for Toyota Gazoo Racing SA’s Guy Botterill and co-driver Simon Vacy-Lyle, when they bagged maximum points on the Algoa National Rally in Port Elizabeth on Saturday July 7.

The Class R2N Toyota Etios crew led the rally from the very first stage, and never relinquished their lead.

“There’s no such thing as an easy victory when it comes to the SA National Rally Championship, and even less so when racing in Port Elizabeth,” said Botterill after reaching the parc ferme at the end of the rally in the Friendly City. “But we were fortunate to have a clean run this time round.”

The Toyota Gazoo Racing SA Etios never missed a beat, and Botterill/Vacy-Lyle managed to set the pace right from the start. The pair won all but the final three stages of the 11-stage event, winning by a margin of 01:27 over the Volkswagen Polo crew of AC Potgieter and Nico Swartz. Third place went to Richard Leeke and Henry Kohne in their Ford Fiesta.

“Once our lead got to over one minute, we decided to focus on protecting our championship points,” continued Botterill. “We managed to bring the Etios home with no issues, and scored maximum points – so we have every reason to be pleased.”

The 2018 Algoa National Rally – formerly known as the Volkswagen Rally – again took place near Port Elizabeth, with a number of stages set further afield, in the Longmore Forest, inland from Jeffreys Bay. While these stages certainly provided the meat of the event, the stages closer to PE proved a stern test in their own right.

“We have to give the Algoa Motorsport Club a lot of credit for preparing such an amazing event,” concluded Botterill. “In all the years of rallying here, we’ve never seen the roads quite as good as this. It was a world-class event, and we are grateful to the club for putting it together.”

Botterill/Vacy-Lyle started their 2018 campaign with a DNF at their home rally in KwaZulu-Natal, but have since come back with three convincing victories on the trot. The pair started the Algoa National Rally just a single point behind championship leaders Potgieter/Swartz (Volkswagen).

Their result in Port Elizabeth, however, will see them leading the SA National Rally Championship with three rounds left in the season.

The next round in the SA NRC will take place on 17 and 18 August, in the area around the Gauteng town of Bronkhorstspruit, to the east of Pretoria.