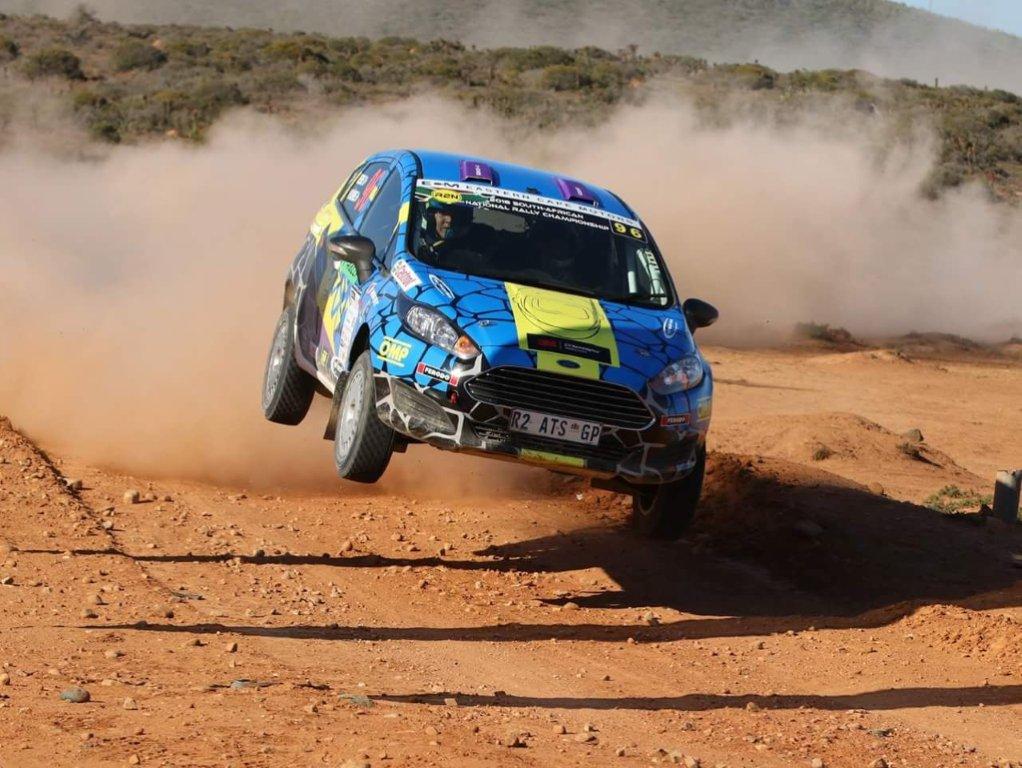 Brian Joss – The Young Guns – Richard Leeke and Henry Köhne – in the Speedglas Welding Helmets Fiesta have got their rally campaign back underway with a hard-fought third place on the Algoa Rally, which ended at the Friendly City’s Baywest Mall on Saturday afternoon.

The result solidifies their third place in the R2N championship, the premier class of local rallying. However, they are going to have their work cut out to claw their way back to the top of the points table, with just three rounds of the South African National Rally Championship remaining.

“It wasn’t pretty and we had a rally full of niggles of various kinds but we’ll take the podium,” said Leeke, after a ding-dong event that tested the patience of he and his co-driver. “We barely had a stage where we didn’t have to contend with some kind of issue! We had low fuel pressure on the opening stage but we managed to get ourselves back into the runner-up spot at the end of the first day, though Guy Botterill and Simon Vacy-Lyle were looking hard to catch.”

Day two started badly with separate issues in SS6 and SS7, the braking problem on the latter costing them over a minute and dropping them to third behind AC Potgieter and Nico Swartz.

“After that it was a case of damage control and Richard and I decided that a safe third was what we would aim for, rather than risk it all trying to get back into second place with so few stage kilometres left,” explained Köhne, who is still tender after breaking his collarbone in a motorcycling accident little more than a month ago.

The rally championship moves back to Gauteng for the fifth round in the middle of August, and the Young Guns are looking forward to being back on their home turf and hopefully with the benefit of a fresh engine which they had hoped to have for the Algoa but wasn’t completed in time.

“There are still 48 points up for grabs this season and we are only 17 off the leader and it certainly isn’t all doom and gloom…so we’re maintaining a positive outlook and aim to be at our best next month!” concluded Köhne.

CAPTION: Richard Leeke and Henry Köhne: on their way to a podium finish.  Picture: Motorpress