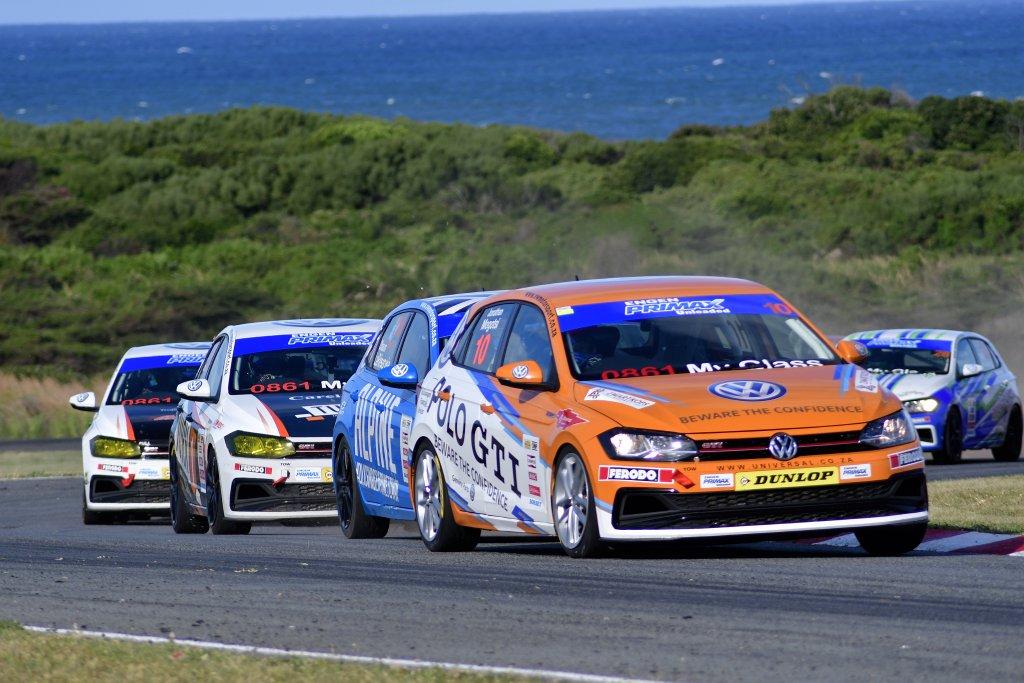 Brian Joss – The Engen Polo Cup championship brigade will visit the Aldo Scribante Raceway near Port Elizabeth at the weekend (July 13 and 14), when the venue will host round five of their 2018 national title chase.

Going to the Eastern Cape, the series should see a resumption of a three-way fight for this year’s South African championship, with little to choose between the top trio.

Depending on their results, any of the three drivers could emerge from the Aldo Scribante round as championship leader.

The 2.48 kilometre long Aldo Scribante circuit has recently been resurfaced and club racing participants who used the venue at a regional race meeting were ecstatic with the results.

“The circuit used to be extremely abrasive, which resulted in high tyre wear, often impacting on race outcomes. According to all who have driven on it, the new surface will completely remove that problem,” said Volkswagen South Africa’s motorsport boss Mike Rowe.

“It will also give the Engen Polo Cup competitors unchartered territory on which to race, as none of the drivers have turned a wheel on Aldo Scribante in their new two-litre turbocharged cars”.

“We do expect a new category lap record to be set in one of the weekend’s two races,” he added.

By the same token, drivers will have to be selective in the use of their Push to Pass systems, with each competitor allowed eight power spurts per race.

The Engen Polo Cup drivers will contest practice sessions on the Friday.

They will take on an official qualifying session, plus a 10-lap and 12-lap race on Saturday.