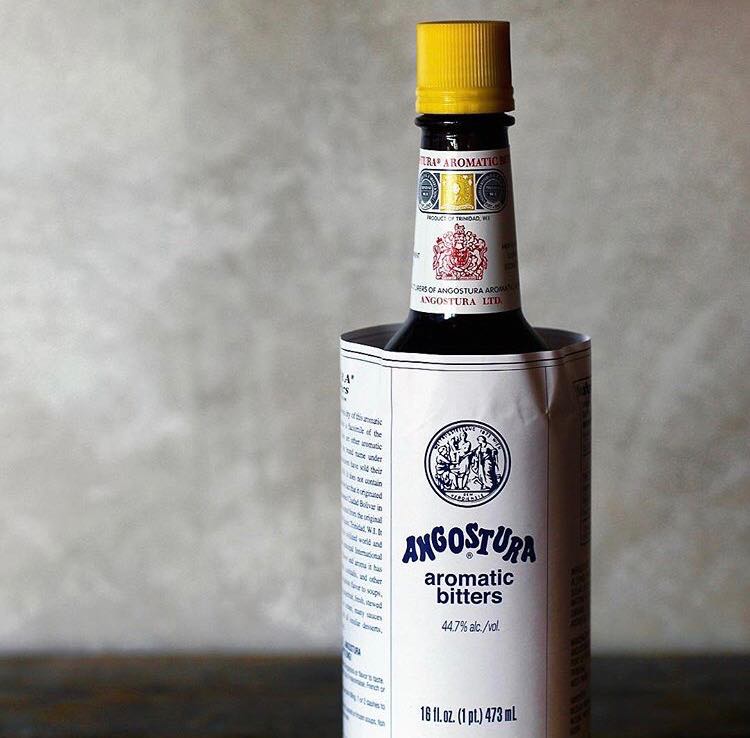 The concept of Bitters goes back hundreds of years. Its first recorded use was by monks in 1500AD with the production of spirits using herbs and spices for medicinal purposes.

But in fact, the use of herbs and spices in medicine, and the consumption of bittered pre-dinner drinks go as far back as the years BC in China and Egypt.

Fast forward to the 1600’s and Bitters was being taken in Europe before meals as an appetite stimulator.

Then in the 1800’s Bitters flourished once more under the guise of medical elixirs.

It was around this time that Angostura made its appearance. In 1824 to be exact, when Dr. Johann Gottlieb Benjamin Siegert perfected his world famous secret recipe for Angostura aromatic bitters and, being the Surgeon General in Simon Bolivar’s Liberation Army at the time, prescribed his “magical elixir” to soldiers in order to cure tummy ailments.

It wasn’t long after this that the idea of using Bitters to add flavour to cocktail drinks and food dishes was introduced. In 1831 the first cocktail recipe was written and called for the use of Bitters. In 1862 the Pink Gin Cocktail was created and specifically called for Angostura aromatic bitters.

Bitters are a liquid extraction of seeds, herbs, bark, roots, flowers, leaves and the fruit of various plants dissolved in alcohol.

For Angostura aromatic bitters, the best ingredients are selected from around the world and shipped via London in indistinguishable bags to the company’s production site in Laventille, Trinidad. There production starts in a secret room called the Sanctuary where ingredients are blended, ground and sieved, and are then loaded into cylindrical canisters that are placed on top of one of several tanks filled with 190 proof sugar-based distillate. The distillate is cold percolated through the mixture to extract just the right amount of flavour. After percolating, the liquid is transferred to enormous stainless-steel tanks, mixed with sugar and caramel colouring, and cut down to proof with local spring water. It then rests for around three months until all the flavours have fully integrated and mellowed.

Angostura’s recipe is a closely guarded secret, known to only five people on the planet.

The human palate has 10,000 taste buds and bitter is the most complex taste sensory we have. By not addressing bitters on the palate we are not using 20% of the tongue’s capacity for taste.

What are the benefits of Bitters?

For over a century, Bitters has been considered a key component in many cocktail recipes, but whilst many recognise Angostura aromatic bitters as an essential bar ingredient it is a lesser known fact that it can also be used to add depth, flavour and spice to kitchen creations… just as salt is vital to any recipe as a seasoning.

Not at all bitter when added to cocktails and food, Angostura aromatic bitters has been found to intensify the flavour of other ingredients. Non-alcoholic drinks become crisper and more refreshing with Bitters. It enhances the top notes of light cocktails without masking the true personality of the spirit and in other cocktails it adds a subtle unique taste regardless of the spirits used. It soothes the acidity in citrus-based cocktails and adds depth to creamy creations. It mellows out the aged notes in heavy rums, smooths dried aged whiskies, matures a Manhattan, rounds off the taste in beer and marries well with pink gin and vermouth.

In addition, Bitters is believed by many to aid digestive health in a number of ways. It is said to cleanse the palate, balance appetite, curb sugar cravings, help maintain healthy blood sugar levels, encourage digestive enzymes, soothe gas and bloating, calm upset stomachs and nausea, and relieve occasional heartburn.

A Bitter is better story

Fact: Washington Island, a tiny Wisconsin Island in the USA, is the world’s biggest consumer of Angostura aromatic bitters.

It all started during the prohibition when then owner, Tom Nelson, got a pharmaceutical license to sell Bitters as a “stomach tonic for medicinal purposes”. He just didn’t sell it in small doses, he sold it by the tot glass. By the time the prohibition was revoked the Bitter shot had rooted itself firmly in the island’s traditions and today it remains one of the most popular items on the menu – also used to marinade burger patties and glaze ham. On Washington Island you can only be considered a fully-fledged local and permitted to party as such if you are a member of the ‘Bitters Club’, and you can only do that by downing a shot of Angostura aromatic bitters.[1]

For more information on the Angostura bitters range visit www.angosturabitters.com.

For more information on the official House of Angostura Cocktail app with over eighty tried and tested cocktail recipes, featured drink trends and bartending tips visit http://angosturabitters.com/app/ – available for iPhone from the Apple App Store and for Android devices from the Google Play Store.