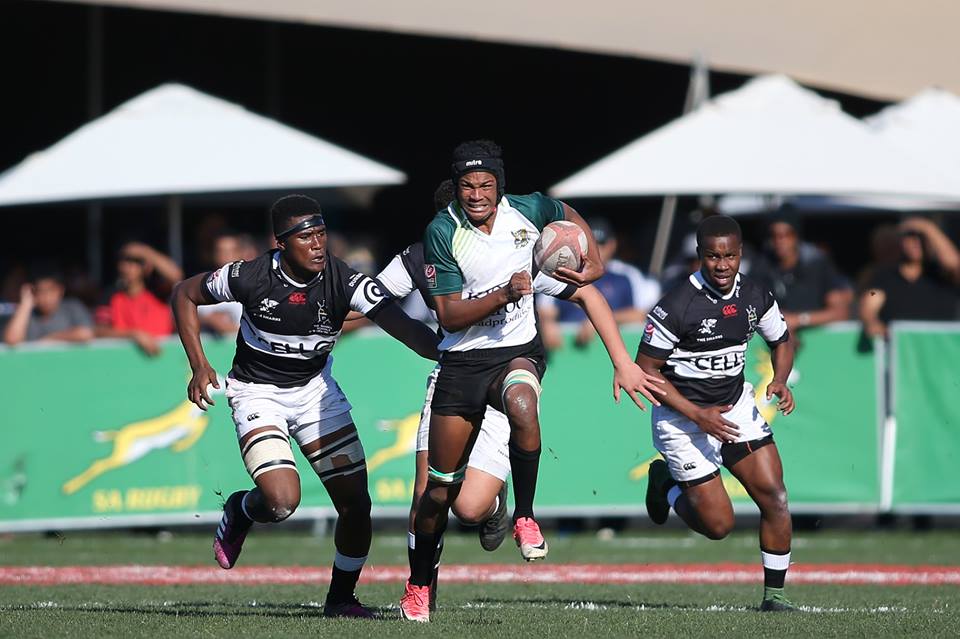 The U18 Coca-Cola Craven Week and Coca-Cola Academy Week kept the passionate Paarl crowd gripped in another entertaining day’s action at Paarl Boys’ High’s Brug Steet Grounds on Tuesday, as 24 teams battled it out in their opening matches after watching their counterparts kick off the action on Monday. 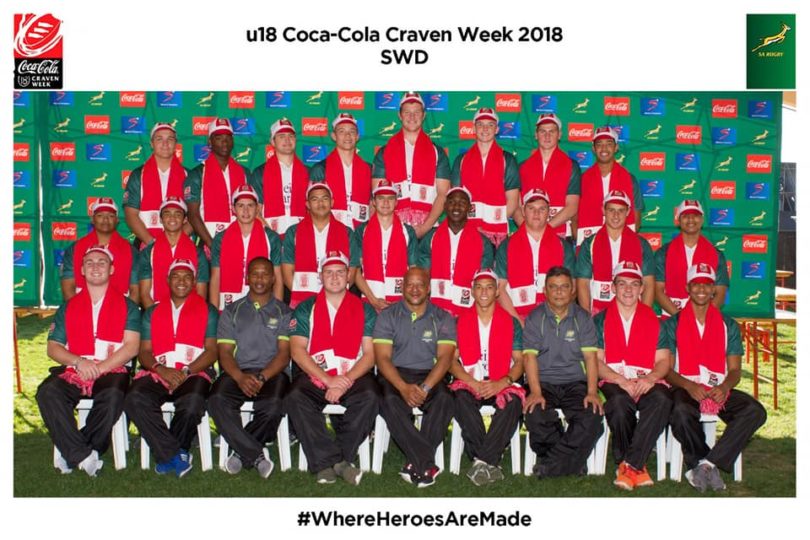 In the main U18 Coca-Cola Craven Week game, the Blue Bulls started their clash against the Free State with a bang as they raced to 10-0 lead in the first seven minutes, before facing a backlash from the Bloemfontein team, who ended up sealing a 38-21 victory. Back-to-back tries by Free State’s Richard Kriel before and after halftime bolstered their confidence, and they built on this to outscore the Blue Bulls six tries to two.

The NWU Valke stamped their authority against the Leopards from the outset to secure an impressive 63-24 victory and the biggest score of the day. The players forced their way over the advantage line consistently and supported this with a committed effort from their backs, and the tries followed, with eight players scoring their 10 tries.

Boland had too much firepower for Griquas as they laid a solid foundation upfront and used their speedy backs to overpower the Kimberley outfit 61-14. Such was their dominance on attack, they ran in 11 tries, with Christie Grobbelaar earning a hat-trick, and Conner Mahoney and Heinrich Naude scoring two tries each, while the team’s solid defence limited Griquas to two converted tries.

A strong second-half showing by the DHL Western Province XV saw them break away from the Bidvest Waltons Golden Lions XV on the scoreboard to earn a rewarding 57-15 victory. The first half was close as the teams hard ran on attack, with each side breaching the defence twice to enter the break level on 10-10. The home team, however, dominated the second half to increase their try tally to nine for a runway victory, with Mikyle Vraagom making a solid contribution with two tries and six conversions for 22 points. 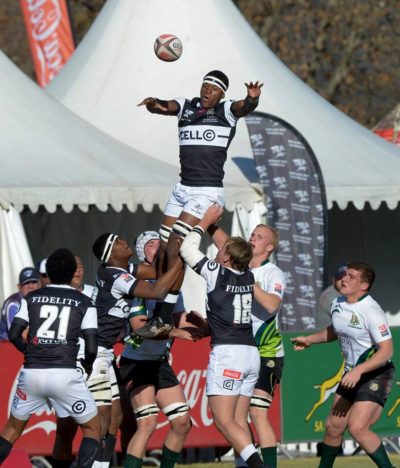 The Sharks also hit their straps in the second half against SWD to power their way to a 46-28 victory after holding a narrow four-point lead at the break. SWD dominated possession in the first half, but the Durbanites took control as the game progressed as they capitalised on their point-scoring chances. Dylan Pretorius was instrumental in the victory as he scored two tries, and kicked five conversions and two penalty goals for a total of 24 points. SWD fought hard in the hope of securing a late victory, but the Sharks defence did well to hold them out.

In the Coca-Cola Academy Week, Free State overturned a 11-0 halftime deficit against Bidvest Waltons Golden Lions to outscore their Johannesburg counterparts five tries to three for a 36-28 victory. The Bloemfontein side did well to stick to their structures and it paid off, while MJ Odendaal kept the scoreboard ticking with a solid kicking performance in which he converted four of their tries and kicked a penalty goal.

Eastern Province dominated their clash against Limpopo to earn a convincing 34-10 victory in an encouraging start to their campaign. The team from the Eastern Cape delivered a solid performance in all facets of the game and did well to capitalise on their try-scoring chances, which saw them cross the tryline six times, with Hlumelo Gumatana and Abongile Klaas each touching down twice.

SWD overcame a tight first half against the Thepa Trading Griffons in which they held a slender 10-5 halftime lead to register a 29-20 victory. The George team’s superior finishing allowed them to score five tries, with Zinedine Robinson earning a double, while Kobus Hattingh scored two of the Welkom outfit’s three tries.

The first half between the Blue Bulls and Eastern Province was equally tight, with the Pretoria side leading 5-0 before finding their form a 26-7 victory. The Blue Bulls delivered a balanced showing between their forwards and backs and used their chances to earn four tries, while their effective defence saw them leak only one try.

Border CD ground out a 15-8 victory against Pumas CD thanks to their two tries to one, after both teams were only able to score a penalty goal in a hard-fought first half. The sides were closely matched on attack and defence, but Border CD’s better finishing paid off.

An extra conversion by the Bidvest Golden Lions CD edged them to a 25-23 victory against DHL Western Province CD in a nail-biting encounter in which both sides gave everything. Each team scored three tries and two penalty goals, but the Johannesburg side scored two conversions to one by the home side for the win.