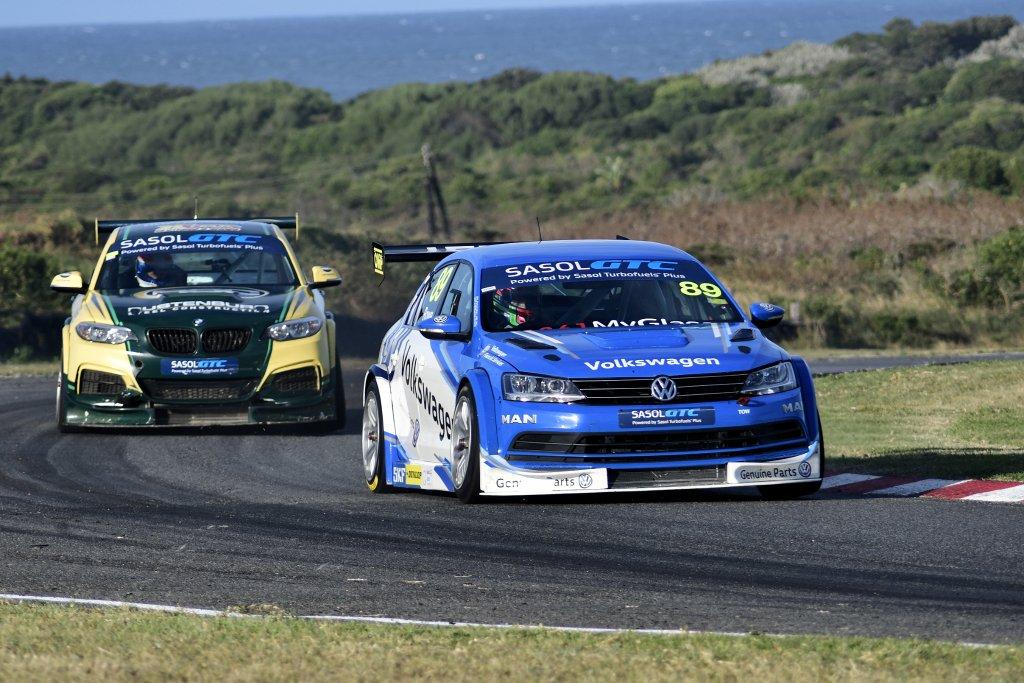 With the Volkswagen manufacturing plant down the road in Uitenhage, the Motorsport team is more determined than ever to give their fans something to cheer on 14th July.

Going into the Sasol GTC Championship’s halfway mark, the Volkswagen Jetta GTC racer has already earned two victories thanks to the talent of Daniel Rowe behind the wheel of the #89 Jetta GTC; he aims to add to his tally at the newly resurfaced Eastern Cape circuit.

“I love racing at my home circuit. I won at the track in Polo Cup as well as my GTC2 championship-winning year. The new surface is offering good grip levels and seemingly no tyre wear according to the regional racers who competed on the new surface a few weeks ago.  The Team to beat will be the locally based Audi squad who are based in Port Elizabeth.  Scribante is their designated test track so they will have a good idea of what to expect going into the weekend, but I am going for win number three. “.

Mathew Hodges had endured a challenging first half of the season and is still searching for his first podium, something he is determined to achieve at one of his favourite circuits. “The team has been working hard and they have found more power. I expect to be far more competitive in Port Elizabeth than of late. The new surface should offer a great deal more grip.  Our rivals will be fierce but the team is up to the challenge. It is going to be a competitive race weekend”.

Keagan Masters leads the GTC2 championship by a handy 23 point advantage, having raced his Volkswagen Advanced Driving Golf GTi to five victories and two runner-up results so far. “i love the track because it is quite short and tight, almost like a karting track. I’m always targeting wins, but having a reasonable lead means I don’t have to take ‘do-or-die’ risks. I can afford to take a more conservative approach on the day if I need to”.

Adrian Wood, racing the second factory-entered Volkswagen Golf GTi in association with Kyocera, is making great strides in his maiden season and claimed his first podium last time out. “The car was brilliant in East London and I hope to carry that momentum into the PE races. It’s a lovely circuit, fast and flowing.  The investment in the new track surface is great for motorsport in general. I expect the track will get faster as the weekend progresses, as more rubber is laid down. I am certainly targeting more podiums”.

Team Manager Mike Rowe said: “Firstly, all credit to the Team behind the scenes who are working really hard. We had a problem in East London which was outside of our control which has been addressed.  We know what areas we need to work on to improve our overall race weekend performance. If we have a clean weekend we will be in good shape.  The whole team wants to do well in front of our home crowd. The drivers remain focused and motivated while the cars enjoy a strong track presence”.