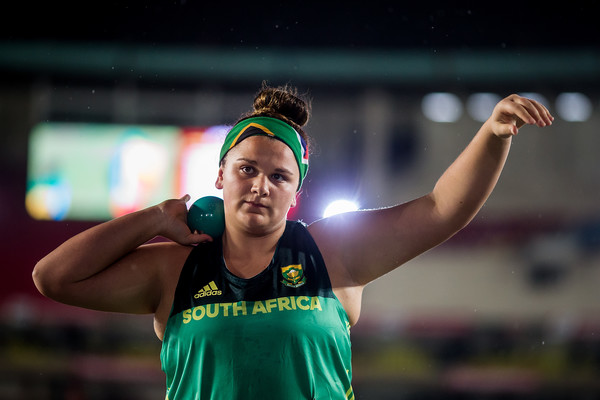 Sprinter Thembo Monareng and shot put prospect Meike Strydom were the star performers for the South African team on Wednesday, delivering solid performances on the second day of the IAAF World U20 Championships in Tampere, Finland.

Monareng took fourth place in the 100m Men final, storming across the line in 10.23 seconds and missing out on the podium by just 0.01. Lalu Zohri of Indonesia clocked 10.18 to win a tightly contested battle.

Strydom finished fifth in the Shot Put Women final with a best heave of 15.89m, after landing the shot at 15.50m or further with five of her six attempts. Madison-Lee Wesche of New Zealand took the gold medal with a 17.09m throw.

Among the highlights in other disciplines, Valco van Wyk sailed over the bar at 5.20m to qualify for the Pole Vault Men final on Saturday, while Zeney van der Walt won her 400m Hurdles Heat convincingly in 57.78 to book her place in Thursday’s semi-finals. Gabriel Louw was second in his 400m Heat in 47.32, also progressing to the penultimate round.

After two days of competition, South Africa were in a tie for fourth position in the medals table with one gold after Kayle Blignaut took the Shot Put Men title on Tuesday.