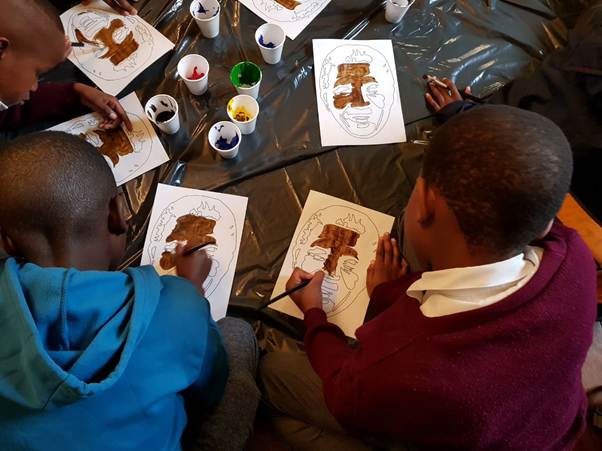 This year Robben Island Museum (RIM) will commemorate the birth of Nelson Mandela through a series of activities dedicated to his towering legacy.

In July when the world celebrates Madiba by dedicating 67 minutes to doing something good for humanity, RIM will honour his legacy through a series of programmes for children.

Nelson Mandela is quoted as saying, “We understand and promote the notion that while children need to be guided they also have an entrenched right to be whatever they want to be and that they can achieve this only if they are given the space to dream and live out their dreams.”

RIM will honour this goal by hosting 100 children from surrounding Western cape local communities at the Castle of Good Hope for a series of fun and creative activities celebrating the spirit of Madiba from Thursday, 12 July to Saturday 14 July 2018.

“By reaching out to children from communities who may have never visited the Robben Island Museum, we are hoping to continue the work of Nelson Mandela by creating a fun, active and creative space for children to learn and love the amazing heritage we share as South Africans,” concludes Morongoa Ramaboa, spokesperson for RIM.

Robben Island Museum (RIM) is a public entity responsible for managing, maintaining, presenting, developing and marketing Robben Island as a national estate and World Heritage Site. It was established by the Department of Arts and Culture in 1997.

RIM is also responsible for managing and maintaining the assets of the Island. These include the Maximum and Medium Security Prison Complexes, Robert Sobukwe’s House, the Curio and Village Shops, the Village Precinct and associated recreational facilities, the Helipad and runway on the Island, World War 2 memorials, power generation and water processing plants, Jetty 1 and the Nelson Mandela Gateway at the V & A Waterfront, the Mayibuye Archives, the three (3) ferries that transport people to the Island and the fleet of buses used by tourists on the Island.