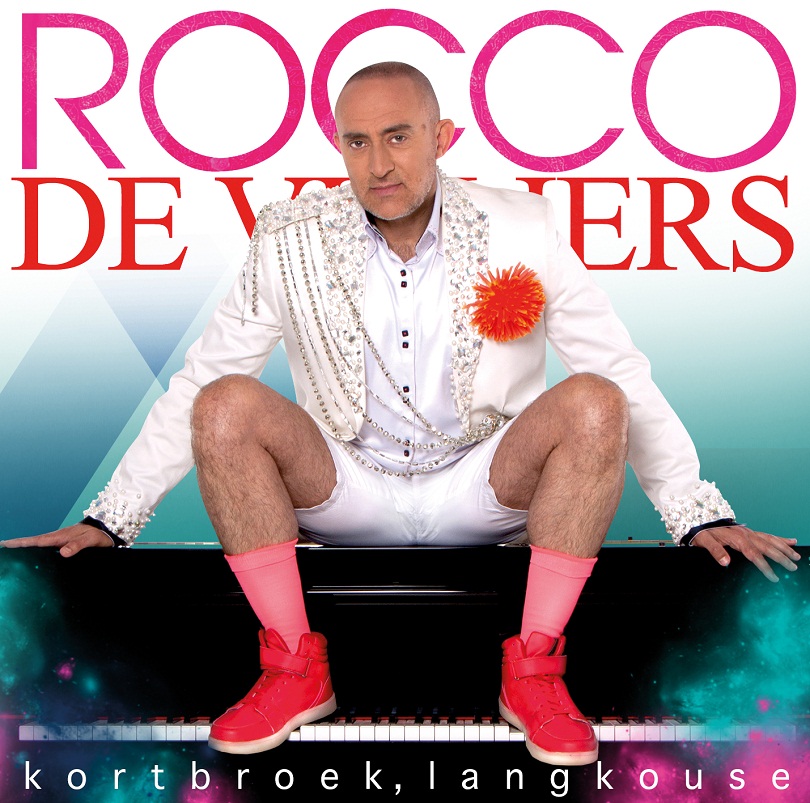 Multi-award winning and highly gifted pianist, Rocco de Villiers, is back with a brand new instrumental pop album that does not only have an Afrikaans title, but also promises to impress audiences of all ages.

kortbroek, langkouse is the musician’s fourteenth instrumental album and will continue to showcase the unique piano playing ability, distinctive compositions and interpretations that he has become known for. This latest release boasts ten brand new original tracks from his own pen, as well as favourites taken from his previous albums, including Kla 2 Kla 3 Kla 4, Anna Aeroplane, Roccobilly and Escape from the Ordinary Life (which is also the theme song for a cooking program on RSG).  The title track can already be heard on radio stations nationwide and a music video will be released soon.

Tracks like Goeie Gevoel, Vanaand Kan Ek Dans, Reën Kan Jy Nie Koop Nie en Nooit Te Laat (om lief te hê), will accompany music lovers on a musical journey that will not only make them feel good, but will also provide food for thought.  “kortbroek, langkouse, which was produced by Murray Lubbe from The Hit Factory, addresses important issues like accepting the past, culture and language. It encourages self-acceptance and human rights and will motivate listeners to remain true to themselves at all cost,” he shares about this latest offering, which is described as his most honest and personal work up to date. “It also talks about a greener planet,” he adds.

Over the years, this talented musician’s work has received many accolades, including SAMA, Huisgenoot Tempo, Ghoema, Vonk and Cape Theatre Awards, and his gospel album, Beautiful Beautiful Hymns, has also reached gold status.

In addition to various stage productions, Rocco can also add two Cocktail books, a live DVD recording and a book with piano sheet music to his long list of achievements. He also wrote the score for the American film, Brewsie & Willie, composed theme music for nine television series, produced two television series and two documentaries for M-Net on the history of music and was also the presenter of three kykNET programs, Kook en Klavier, Rocco and Klop die Klawers. From 28 June 2018, he can also be seen as guest presenter on SABC 2 for the second series of the game program, Beter Assie Bure.

kortbroek, langkouse will be released on 13 July 2018 and shows once again why this charming and talented man has managed to conquer the hearts of music enthusiasts from the very start. His modern, heartfelt approach to each song, is a pleasure to listen to and will satisfy even the most critical of ears.