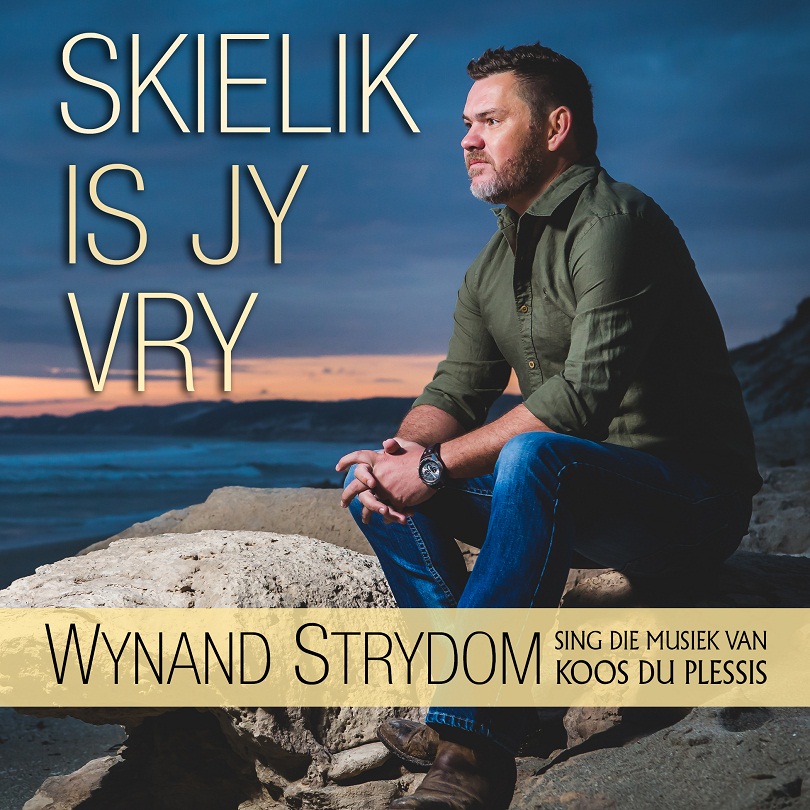 “I have loved Koos du Plessis’s music my whole life and it has always been a dream of mine to record all my favourite songs on one album,” reveals the popular singer, Wynand Strydom, about the inspiration behind his eights solo album, which has just been released and already hit the Number 1 position on the Itunes Top10.

SKIELIK IS JY VRY is a stunning tribute to one of the music industry’s greatest legends and suits the singer’s deep, evocative voice like a glove. The entire CD consists of songs penned by Koos du Plessis and ranges from popular hits to lesser known tracks. “When it comes to Koos’s music, there are so many beautiful songs and titles to choose from. Last year, my wife Chereé (the country singer) filmed a music video of one of my previous renditions of Skielik Is Jy Vry. The reaction was overwhelming, and it had such an impact on people that choosing a title for the album was easy,” he explains.

Each of the sixteen songs have been carefully arranged by the musician, in collaboration with Andrew Roos, to ensure a spectacular result that will appeal to all. “It was important to me, from the start, that people should really hear Koos du Plessis’s lyrics. As such, I didn’t want my arrangements to distract from the lyrics,” says the artist. “In addition, I am converting the album into a piece for theatre, because I feel it is necessary for everyone to experience Koos’s music. To work with artists that knew him, such as Laurika Rauch and Amanda Strydom, would be a great privilege.”

The music video for his first single from this album, GEBED was also released recently and was produced by De Wet Wright from DW Creative and was shot in the beautiful town of  Riebeeck Kasteel, in Cape Town.

Wynand, who grew up in Pretoria, says that he only truly discovered his singing talent after he completed his teaching degree at the University of Pretoria. However, music is in his genes as there are quite a few musicians in his family, including Kupido, Alan Ladd, Karen Wessels and Koos van der Merwe. “Meeting my wife Chereé was certainly one of the greatest highlights of my life. It is wonderful being able to share my musical journey with someone who understands it, and she is my biggest fan, best friend and soulmate,” he says with a sparkle in his eye. The couple has two beautiful children and they have already recorded three duet albums together. Another joint album is being planned for the near future.

Over the past 15 years, Wynand has certainly cemented his spot in the Afrikaans music industry; he has shared the stage with many well-known artists and has performed at several music festivals. The industry has taught him that hard work is the only path to success, and that there is always something you haven’t tried yet and something to strive for.

Life – and its inevitable twists and turns – serves as his greatest inspiration when writing music and he has great admiration for artists such as Leonard Cohen, Johnny Cash and Kris Kristofferson. If he had to choose a different career, he would be a cricket commentator. He is mad about the sport and played very well himself when he was younger.

Although Wynand does not want to single out a favourite when talking about the songs on his new album, he does admit that Gebed and Sprokie vir ’n Stadskind are close to his heart. “I hope that SKIELIK IS JY VRY will appeal to listeners not only because of the beautiful music and lyrics, but also because of my interpretation thereof,” he adds.