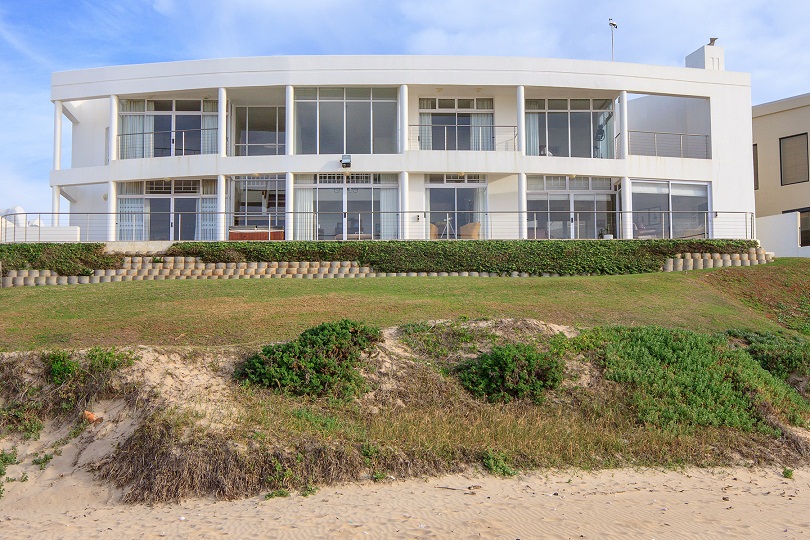 Underpinned by increased investment in the region – which reflects improving investor confidence and is set to boost market sentiment and demand, the future is looking upbeat for the Eastern Cape’s housing market.

In addition, the region’s coastline is capitalising on the fact that the coastal metro housing markets – defined as being within 500m of the coastline – are continuing to outperform non-coastal markets (source: Lightstone statistics).

According to Pam Golding Properties senior research analyst, Sandra Gordon, both Port Elizabeth and East London are attracting younger buyers, with the majority of new homeowners either 36-49 years or young adults under 35 years. “The relative affordability of homes in these metros, combined with the coastal lifestyle offering, may well explain the appeal of these housing markets for young families and first-time buyers,” says Gordon.

“In 2017, while median prices for freehold properties in East London marginally exceeded prices in Port Elizabeth, activity in Port Elizabeth’s larger housing market has recovered more quickly in the wake of the 2008 recession. Port Elizabeth has also experienced a near-doubling in vacant plot sales during the past five years, suggesting continued growth in the local housing market in the years ahead. Development around Coega remains a positive factor impacting the demand for homes to buy and rent, while the Beijing Automotive Group Co. from China recently made a R11 billion investment in a vehicle manufacturing plant in Port Elizabeth, which is expected to become operational this year (2018).”

A further fillip for the Eastern Cape is the recent announcement that Mercedes Benz is investing some R10 billion in expanding its East London plant for production of the next generation of the C-Class.

Notably, the exodus of residents leaving the Nelson Bay area for another region has reversed. Former PE residents are returning to stay, major factors being lifestyle and schooling, with Grey old boys wanting their sons to study at their alma mater and daughters at Collegiate Girls.

Says Ian Olivier, Pam Golding Properties area principal in Port Elizabeth: “We’re experiencing ongoing demand for homes with the more traditionally popular areas being Walmer, Lorraine, Mill Park and Summerstrand. Land is becoming scarcer but we are seeing developments being launched in areas such as in and around Baywest, Lorraine and Sherwood. Lorraine is always sought after for its good value for money, as is Richmond Hill which is upgrading and vibey as well as close to the central hub and transport routes. Here you can acquire a nice home for under R1 million, although for the first time we are seeing asking prices of up to R1.5 million.”

Olivier says there is a huge demand for student accommodation in Summerstrand as well as Central and Richmond Hill, with some investors buying up family homes to cater for this sector of the market.

In East London, the residential property market is further supported by expansion of industry such as Daimler Chrysler which employs staff from Germany on a contract basis, taking up a fair amount of rental properties. Homes within secure estates remain sought after and in short supply, says Sean Coetzee, Pam Golding Properties area principal in East London. “The recent launch of sectional title apartments and simplexes and full title vacant stands in Olivewood Private Estate & Golf Club has aroused considerable interest in the marketplace, with 30 erven sold in phase one, priced from R500 000.”

In St Francis Bay, Pam Golding Properties area principal, Richard Arderne is equally upbeat, saying some 22% of sellers are locals who are not leaving town, but trading up or down, or just relocating. “Many of these are buying additional properties to develop or for speculation. We attract approximately a third of buyers from Gauteng, with a mix from other provinces and a few from overseas. About 17% of buyers have moved here permanently, with a similar percentage planning to move here within the next few years. The balance comprises holidaymakers and Port Elizabeth ‘weekenders’.

“From an investment perspective, property in St Francis Bay is performing exceptionally well, with the average price of homes on the canals having doubled from 2012 to 2017. At present the builders are busy, with 19 houses being constructed (or undergoing major refurbishments) on the canals and almost as many being built on The Links – where sales of homes and plots are buoyant.”

St Francis is home to a large group of parents with young children, resulting in the growth of the local private junior school, St Francis College, to 160 pupils over the past few years, but with space to accommodate 20 more. Many parents also send their children to other schools in the area.

In nearby Port Alfred, Pam Golding Properties area principal Isobel Meyer notes an increase in buyers looking to relocate from inland and upcountry to the coast, motivated by the lifestyle, lower cost of living and retirement. “The upgrade of the R72 through Port Alfred to East London has prompted an influx in demand for rental properties being leased to contracting companies in and around Port Alfred to house staff and their families.

“The market to buy is buoyant in the lower price bracket up to R1.5 million, particularly freehold properties on Port Alfred’s West Bank, sought after by middle income earning families and retirees. We are also seeing an increase in unit sales from R2.5 million, with the Royal Alfred Marina generating the most interest at the top end of the market.”

The market between R900 000 and R1.3 million in Jeffrey’s Bay is very active with a shortage of stock, reports Jaco Bothma, Pam Golding Properties area principal. “Developers and speculators are back in the market, especially in Fountains Estate, while upper Wavecrest has come into its own.

“We are finding people moving in from the bigger metros, including Gauteng and KwaZulu-Natal, for the lifestyle appeal, including those with the advantage of being able to work from home. About 60% of our buyers are permanent residents with the balance leisure buyers.”

Bothma says beachfront property is sought after with very little stock available. “Currently the lowest priced beachfront property is R8.9 million for a straightforward three-bedroom, face brick house with double garage. Only about four years ago such properties were going for R3.5 million and R4 million. Frontline homes currently on the market include a spacious five-bedroom home with direct beach access, priced at R11.995 million.”