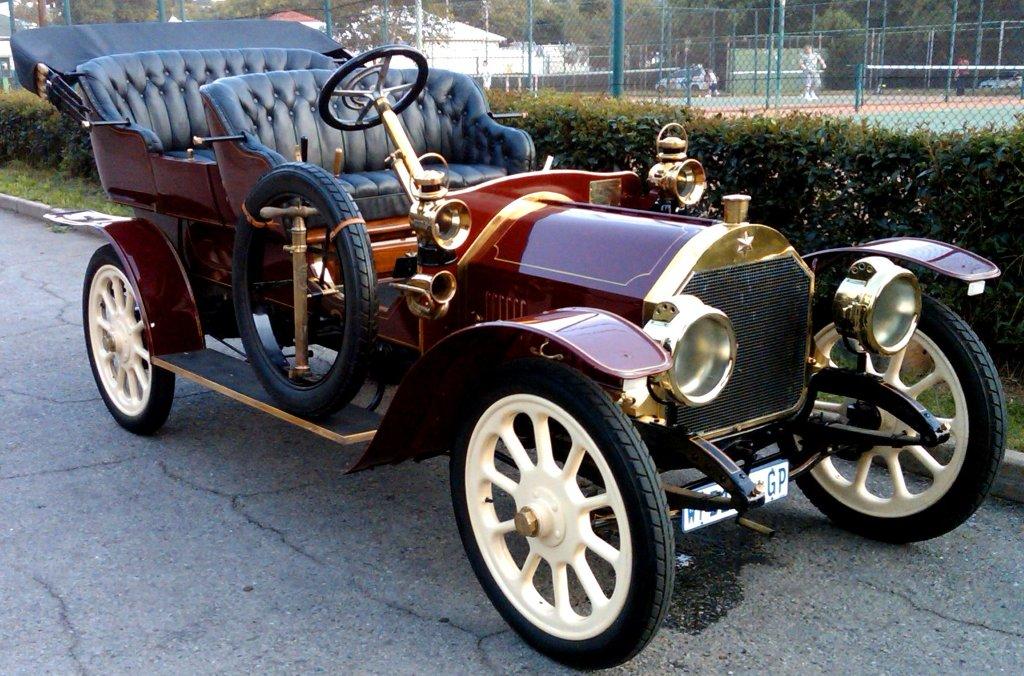 Brian Joss – One of the most remarkable vintage and veteran cars in South Africa, a 1909 Star 12 HP Tourer, has been entered for Concours South Africa 2018 at Steyn City from August 10 to 12.

Apart from the fact that this car is one of only four Star cars ever to be brought into South Africa, and that this is the only running survivor, what makes this  car’s provenance astounding is that it was buried on a farm in Witbank for decades before it was discovered, excavated, and finally fully restored in 1990.

The 12 HP Star  was brought into South Africa in 1909, and it became the property of a mine manager at Randfontein estates gold mine. The mine manager, a Mr Retief, bought the car with the express purpose of travelling from Randfontein on the West Rand, to his farm in Witbank. The journey was an arduous one, and reportedly it took Mr Retief some three days to reach his farm, due to the fact that roads in the early 1900s were non-existent, and that countless farm gates had to be open and closed en route. Today that journey in a modern car would take a little under two hours!

According to the car’s history that its current owner, Paul Koski, has uncovered, the 1909 Star was de-commissioned in 1922. The engine was removed to use as a generator, while the chassis and body was used as a farm wagon.

Some years later the car was buried, although certain parts were stored in a barn on the Witbank farm.

“The car literally was put into a pit and buried, which was a common practice on farms in those days,” says Paul Koski, who owns a number of Vintage and Veteran cars, including a 1904 Curved Dash Oldsmobile. Mr Koski is also considering preparing this car for Concours South Africa 2018.

“The car was discovered by a well-known vintage collector, Jim Gosling, who had heard about the Star, and spent years combing the Witbank area in search of the car. Eventually a labourer on one of the farms reported some mechanical remains poking up from the ground, and Jim Gosling’s long search paid off.”

Paul believes that the restoration took some 10 years. Initially Jim Gosling did a part restoration fitting the car with a two-seater body. But later, when Noel Fordred of Lonehill acquired the car in 2000, he undertook a full restoration, re-bodying the car to the original four-seater Tourer specifications.

Paul Koski has owned the Star since 2008, and says that despite its age, it can be driven pretty much as a conventional modern car.

“It has a four-speed manual gearbox and a clutch pedal like a modern car.

The brake system consists of a hand brake and a differential brake. But one should not think of these devices as brakes, but rather as speed retarders.

“The car is remarkably complete, and still has its original mechanicals, as well as instrumentation. Of course there is no battery, you have to crank the four-cylinder engine to get it started. But one has to keep in mind that this car is now 109 years old!”

The Star Motor Company was a British company that initially built bicycles before building cars and commercial vehicles. The company was located in Wolverhampton, England. The early Star cars were based on the early Benz cars built in Germany. The company built cars between 1898 and 1932.

Some 70 to 80 classic and vintage cars are expected to compete for honours at Concours South Africa 2018. There will be various category awards on offer, as well as an overall winner. As an added attraction, on August 11, Coys of London will be conducting the Concours South Africa 2018 Auction, at which over 80 extremely collectable classic cars will go under the auctioneer’s hammer.