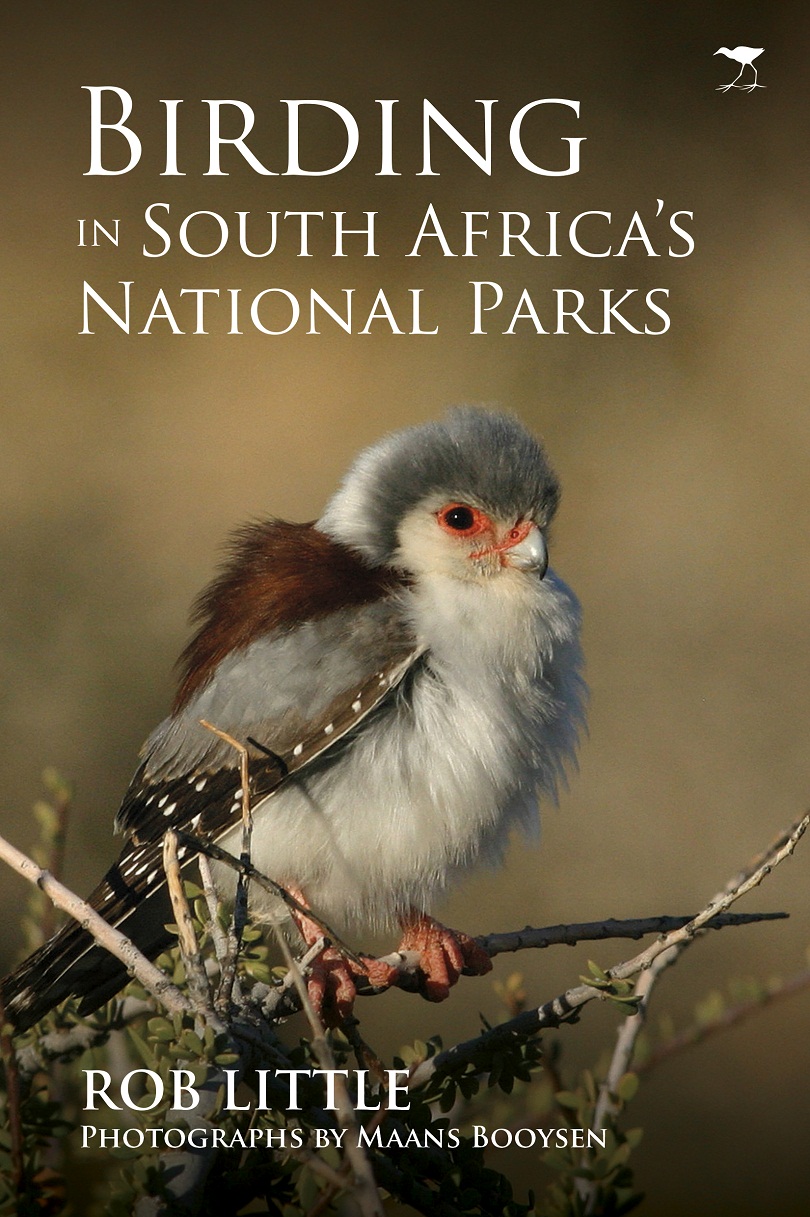 Ecotourism which includes avitourism has the potential to alleviate poverty by bringing money into the economy and creating jobs, says Rob Little, a birder of note who obtained a PhD through his study of the grey-winged francolin. He also played a significant role in the establishment and expansion of the Namaqua, Table Mountain and Tankwa national parks.

South Africa is listed as one of the top 20 most megadiverse countries in the world and boasts over 900 species of birds, most of which you can see in the 19 national parks that stretch from the Kruger National Park in the northern region to the Table Mountain National Park in the Cape.

The book is divided into regions: Northern, Arid; Frontier and Cape with the national parks listed under each heading. At the beginning of each chapter there is an introduction to the area. The Northern Region includes the Kruger, the Mapungubwe, Marakele and Golden Gate Highlands national parks. Bucket list birds in the Golden Gate Highlands National Park include, among others, the Southern Bald Ibis; Cape Eagle Owl; Gurney’s Sugarbird and the Drakensberg Siskin. The Kruger, for example, offers large vultures and raptors; Pel’s Fishing Owl and the Southern Ground Hornbill.

Special birds you can see in Mapungubwe include the Goliath Heron and the Trumpeter Hornbill.

The Kalahari Gemsbok, Augrabies Falls, Richtersveld, Namakwa and Makala national parks fall in the arid region and despite the harsh and challenging environment some specialist species occur here. They are two species of bustards, 14 lark species, three Korhaan species and the Black-Headed Canary.

The Agulhas; Bontebok; Tankwa Karoo; West Coast and Table Mountain national parks fall in the Cape Region which is also known for its Fynbos Biome which also hosts seven endemic birds, a few of which are the Hottentot Buttonquail, the Protea Seedeater and the Southern Boubou. Coastal species are the African Penguin, Palearctic migrant waders and the Cape Gannet, for example.

There are clear maps and at the back are species lists for each park.

Birding In South Africa’s National Parks, the first book dedicated to birding in our national parks, is a twitcher’s delight. If you’re planning to visit any of the 19 national parks it should be an essential part of your luggage.