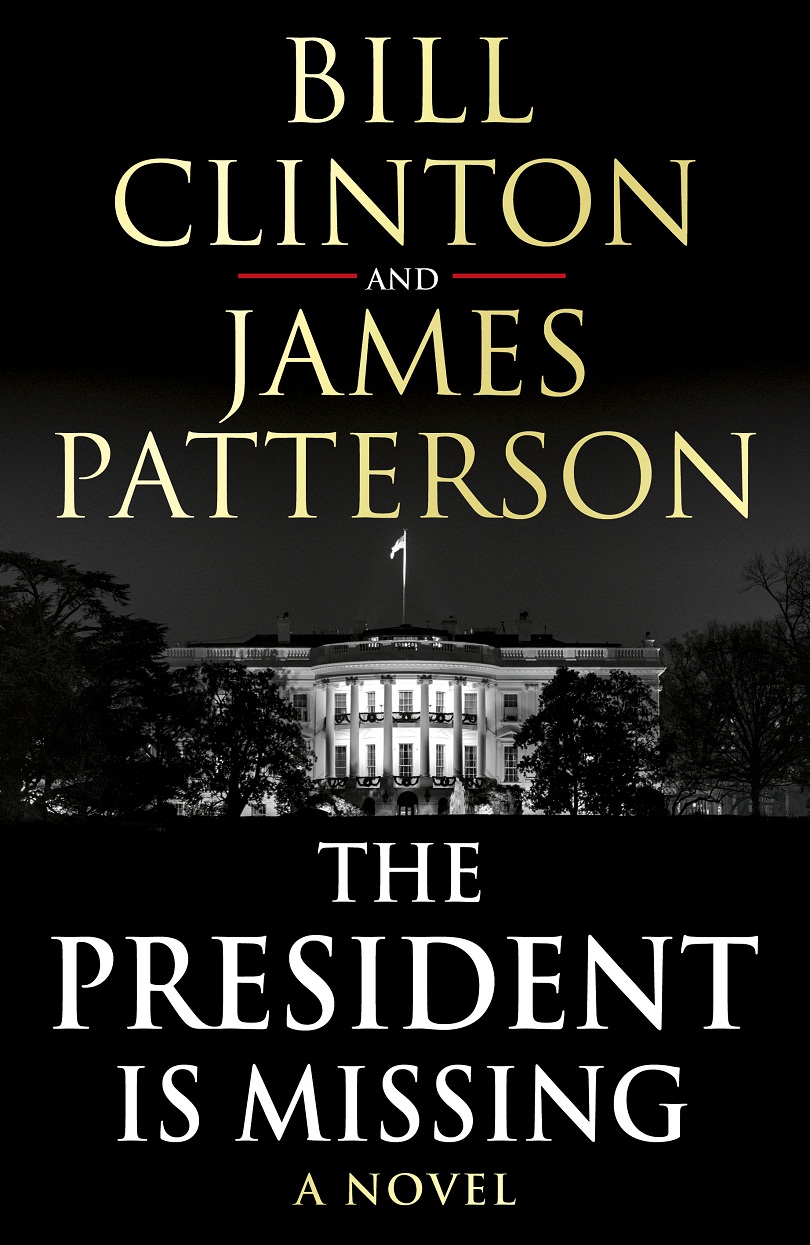 James Patterson is a prolific author and has written hundreds of books, either as a solo effort or in collaboration with other writers. Many of them have been best sellers and The President Is Missing will probably also soar to the top of the charts because his writing partner is former US president Bill Clinton.  Sadly Clinton’s forte is not fiction, or maybe it is, when you recall the “Monica Lewinsky” sex scandal. She was the 22-year-old White House intern who had an affair with Clinton which almost led to his impeachment. There’s an old cliché that says you can choose your friends but not your relatives. Patterson picked the wrong running mate as his co-author to produce this 500-page doorstopper.

The central figure is of course US president Jonathan Lincoln Duncan described as a “war hero with rugged good looks and a sharp sense of humour”. Well, if he does have a sense of humour it doesn’t really show. Perhaps it’s understandable as he wages battle to save the United States of America from a cyberattack dreamed up by Suliman Cindoruk, “the most dangerous and prolific cyberterrorist in the world” and the Sons of Jihad who have unleashed his “stealth wiper virus” that will wipe out all America’s records leading to the collapse of the banking system, health care and anarchy on the streets as citizens do battle with each other for fresh food and water.

Duncan, a widower with a daughter, suffers from a rare blood disease  immune thrombocytopenia. He is also facing impeachment for apparently making a deal with Cindoruk and allowing him to escape a Special Forces attack. Now a house select committee led by the waspish Lester Rhodes wants to know why.

Duncan isn’t really missing but he goes into hiding, surrounded by brilliant techies who must track the virus and stop it before it wreaks havoc. Cindoruk’s conspiracy is code-named Dark Ages and Duncan leaps into action when a messenger arrives at the White House armed with the ominous code words and, incognito, he sneaks out of the White House, to attend a meeting at a baseball stadium. But things go awry. There is a shoot-out and Duncan is hustled to safety by his Secret Service who were skulking in the shadows, to a secret hideaway known only to a few trusted associates. One of whom he suspects of being a traitor who knows how to stop the stealth wiper virus. On top of it Duncan is being hunted by a pregnant female sniper, Bach, so named for her enjoyment of listening to Johan Sebastian Bach while carrying out her assassinations, “wet jobs”.

Meanwhile Duncan’s allies, the Israeli Prime Minister “can I call you Jonny”, the German Chancellor and a representative of the Russian government are there to lend moral support and whatever help he may need. But not so much the Russians who may know more than they let on.  That’s the plot of this banal and boring story.  There’s not really a lot of action except for Duncan’s yelling on almost every page,” What the hell is going on, people?”, exhorting the troops to kill the virus. Some of Patterson’s trade mark chases and shoot-outs will be familiar to most readers. The only real surprise is the unmasking of the villain of the piece. That said, getting Clinton as a writing partner was a stroke of marketing genius which will ensure that The President Is Missing will find its way to the top of the charts. Hopefully, their second collaboration will be a better effort.