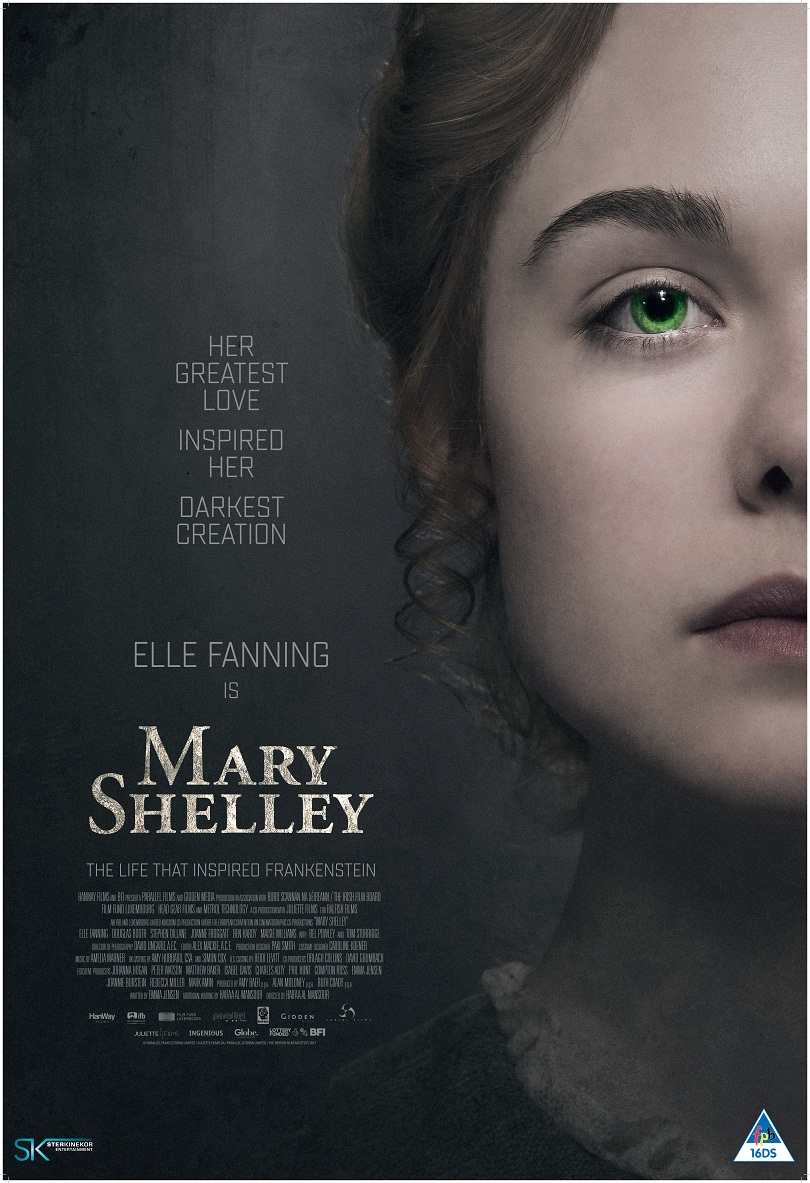 She will forever be remembered as the writer who gave the world Frankenstein. But the real-life story of Mary Shelley, and how one of the world’s most famous monsters came to life, is nearly as fantastical as her fiction.

Directed by Haifaa Al Mansour, MARY SHELLEY is a biographical film about Frankenstein’s author. It attempts to make some sense of Shelley’s remarkable and wild life, while tracing the journey that led her to create one of the most indelible fictional creatures of all time. The film offers continuity for Al Mansour, who leapt into the spotlight with her liberating first film Wadjda – set in the oppressive society of her native Saudi Arabia – as both films deal with the determination of a female protagonist to accomplish a goal that will confirm her independence.

Explaining why she took on the film, Al Mansour says: “I thought Mary Shelley needed recognition. As women, we need to celebrate figures like her because it gives us a solid legacy to lean on when we’re moving forward. I felt immediately that I needed to tell her story.”

In MARY SHELLEY, Al Mansour and screenwriter Emma Jensen tells the story of Mary Wollstonecraft Godwin (Elle Fanning), a teenage dreamer determined to make her mark on the world. Set in the 18th century, the film is a traditional yet richly designed period piece.

Born ahead of her time, and after the death of her mother, Mary was raised by her father, the philosopher, writer and publisher William Godwin (Stephen Dillane), who educated his daughter to think outside the box. He sends her to Scotland, where a naïve but burgeoning Mary meets the dashing poet Percy Shelley (Douglas Booth), and a torrid, bohemian love affair begins. Their fraught affair – marked by passion, personal tragedy, loss and betrayal – becomes the cornerstone of the script by Jensen.

Mary incessantly writes about her sorrow and bliss, which Al Mansour translates as a tumultuous stew of emotions inside Mary that eventually comes pouring out. Inspired by a ghost story competition during a rainy day at the Geneva estate of Lord Byron (Tom Sturridge), Mary channels these emotions to create one of English literature’s finest works.

The film celebrates Mary Shelley for the trailblazing woman that she was, and director Al Mansour shows how the struggles of Mary’s youth swiftly matured her understanding of women’s place in the world.

Fanning is excellent as the flushed, then fierce, Mary. Her vivid portrayal of the writer as a young author is emotive. As things unravel between the characters, Mary comes to a sober realisation of the cruelty of men and the consequences of her mistakes – something Fanning stirringly articulates in a surprisingly resolute London accent.

“For me, it’s important to make films with characters I relate to, and to make challenges for myself. This was an amazing learning experience. I want to continue making films that have a lot of heart,” concludes Al Mansour.

MARY SHELLEY is distributed by Filmfinity (Pty) Ltd. and will be released nationwide on 3 August 2018.