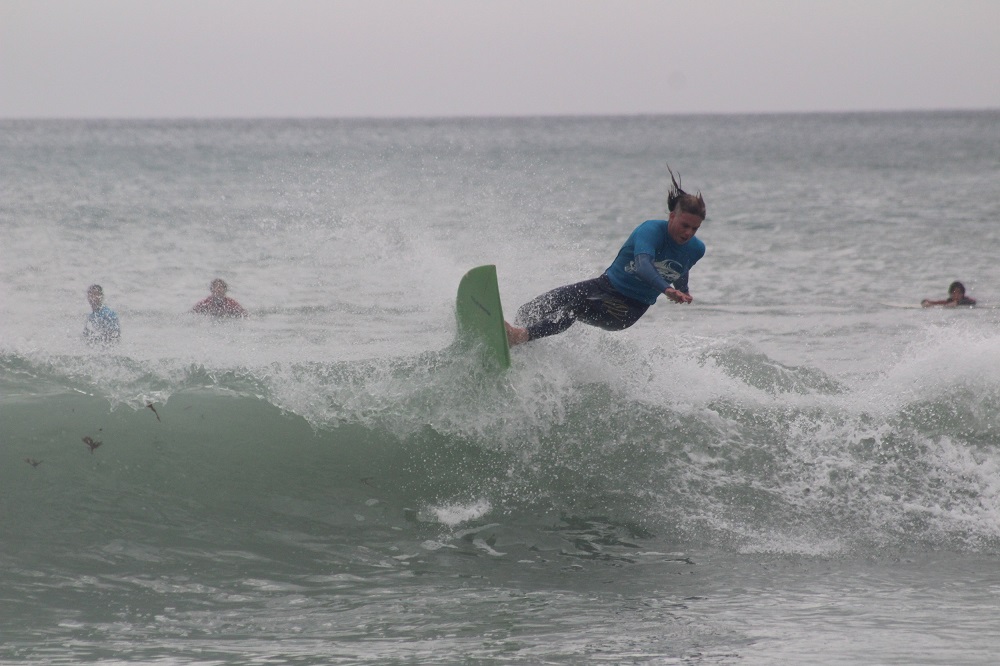 The Madibaz surfing team will be aiming to go all the way when they target the University Sport South Africa title at Victoria Bay near George, starting tomorrow.

In last year’s tournament, the Nelson Mandela Bay surfers came within a whisker of winning the overall title, ultimately losing to the University of Cape Town by just eight points.

Madibaz Surfing manager Melinda Goosen said today that, following a weekend camp at Vic Bay last month, there was a sense of confidence in the squad.

“The team selection started in April already, when the first trials were held.

“The team was finalised after three sets of trials and the surfers spent a weekend in Vic Bay from June 15 to 17 for their final preparations.”

Good conditions were expected at the popular surfing spot on the Southern Cape coastline, but Goosen acknowledged that the Madibaz surfers would have to adapt to some challenges.

“The conditions can also get tough and we will just concentrate on the competition day by day,” she said.

“The surf will obviously be the same for everyone and it is the surfer who comes out best on the day who will progress.

“We have had good results at Vic Bay in previous years and we hope to build on that.”

Goosen added that they had a number of talented and experienced surfers in their squad. Some had competed in previous USSA tournaments and knew what to expect.

“Gregory Cuthbert, our top male, who came second in the individual section last year, and Tristan Pringle, who made the 2017 semifinals, will be leading the way.

“On the women’s side, Britney Linder is our No 1 seed. She finished second last year. We also have a newcomer in Tahra Uren, but she is an experienced surfer and will add much value to the squad.

“Over the years we have had good team dynamics, with all our surfers progressing to the second round, which is a great achievement in itself.”

Besides the individual performances, she said the team effort was as important, with an overall score reflecting a combination of men’s and women’s scores.

“Male teams consist of eight surfers and the women of four. This year we have a full team for both men and women and we have set our sights on the overall title.”

She felt their greatest strength would be the unity in the squad. “Although it is still an individual event, the spirit and support within the team are great.

“Even surfing against each other in the heats, the guys and the girls tend to support each other very well.”

The USSA week, which is supported by Billabong, Red Bull and Surfing SA, will finish on Saturday.

CAPTION: Leading Madibaz surfer Greg Cuthbert will lead his team’s bid to capture the University Sport South Africa title when the annual tournament is held at Victoria Bay near George from tomorrow to Saturday. Picture: Supplied