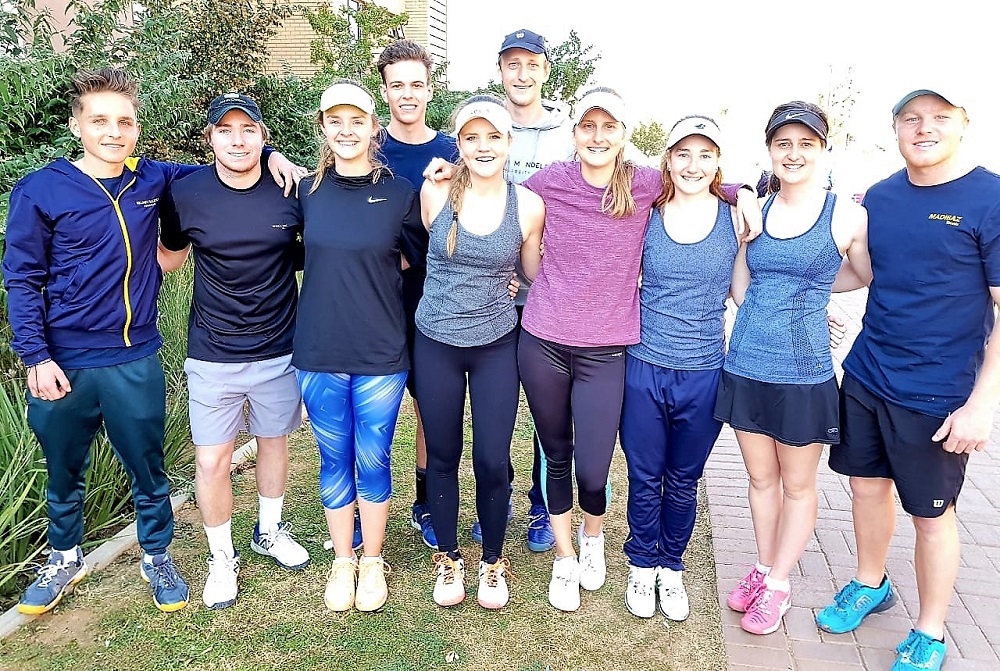 The Madibaz tennis team will return to the A section of the University Sport South Africa tournament next year after earning promotion at the recent week held in Bloemfontein.

Nelson Mandela University were unable to play in last year’s event because of student strikes and had to compete in the B section this year, despite an application to be included in the top division.

Team coach Hennie de Klerk explained that the USSA regulations did not allow for a team to play in the A section if they had missed the previous tournament, adding that Wits “were in the same boat”.

Overcoming extremely cold early-morning conditions in the Free State capital, he said Madibaz achieved their objective of getting back into the A section.

“Going into the week, the team expected to win promotion because we are traditionally one of the country’s strong tennis universities,” said De Klerk.

“For example, we were fifth the last time we competed in the A section.”

This year, Madibaz faced tough opposition from teams such as Wits and the B sides from the Pretoria, Stellenbosch and Potchefstroom universities.

De Klerk said the promotion was just reward for the work the players had put in.

“We compete with some very strong varsities, who pour their resources into scooping up the top young talent in South Africa.

“Free State won the event for the eleventh year in a row, giving you an idea of the emphasis they place on attracting top players, as well as coaching and conditioning experts.

“However, our performance showed that we are competitive against the top sides. The whole team must be congratulated for their efforts.

“They showed great character and grit to win some long three-set matches. There was good player support and pride in Mandela University,” De Klerk said.

The outcome was particularly noteworthy given the players’ academic commitments.

“A big challenge was that the tournament was held just after the mid-year exams. That can make preparations difficult. Notwithstanding that, the players were fully committed and performed well under pressure.”

Two Madibaz players, Michael Carse and Elaine van Zyl, were selected for the USSA national training squad after the tournament.

They earned their selection by winning all their singles and mixed doubles matches.

“They will form part of the national training squad that will have training sessions and camps, play in local tournaments and then undergo final trials for selection of the SA team,” said De Klerk.

“The purpose of the training group is to select a team to compete at the World Student Games in Italy in July next year.”