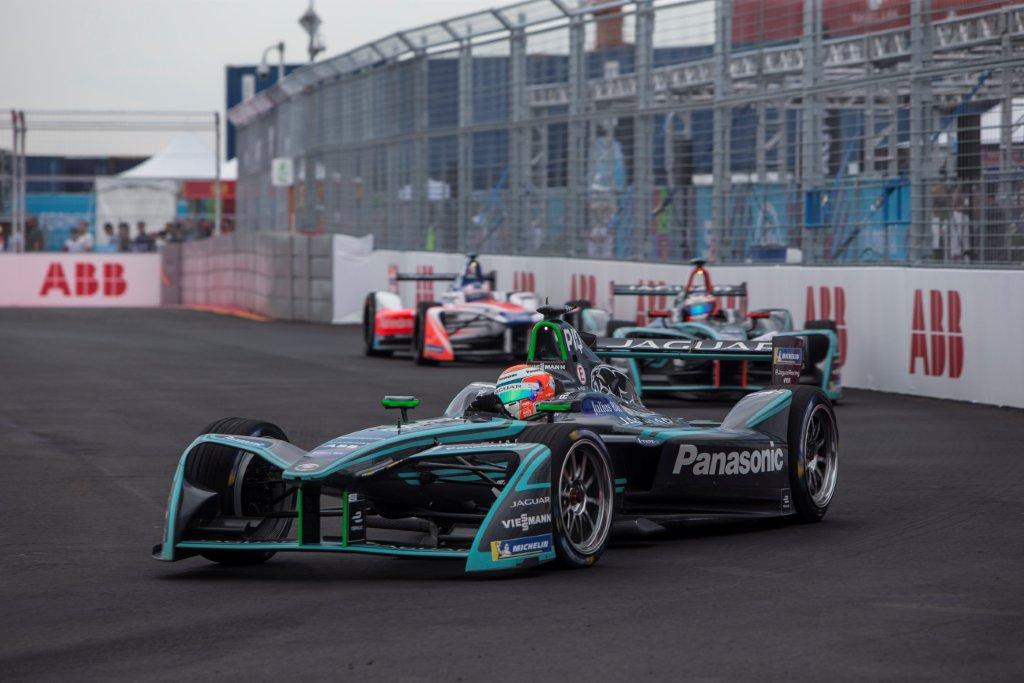 After heavy storms overnight, both Mitch Evans and Nelson Piquet Jr qualified strongly in challenging conditions to start the final race of the 2017/18 season in sixth and seventh.

Following a strong start Nelson moved up to fourth. With split strategies, Mitch entered the pits first before completing a quick car change to rejoin the field in sixth with Nelson following a lap later returning to the track in eighth. Both drivers’ successful battery management allowed Nelson to move up to seventh on the last lap of the race ensuring the two Jaguar I-TYPE 2’s crossed the line for the final time side by side.

Panasonic Jaguar Racing’s second year in Formula E will be remembered as a season of firsts with the team claiming their first podium finish in Hong Kong before securing their first pole position in Zurich. The British team’s mission of ‘Race To Innovate’ both on and off track culminated in the global launch of the Jaguar I-PACE all-electric SUV.

The Jaguar I-TYPE 2 showed progress from its predecessor enabling the team to be consistently fighting for points. The British team finished with a total of 119 points – sixth in the team standings. Mitch led the team home in seventh place in the driver standings with Nelson finishing ninth.

With testing for Season 5 of the ABB FIA Formula E Championship already under way Panasonic Jaguar Racing are hard at work developing the all-new Jaguar I-TYPE 3 determined to continue to grow as Formula E moves to its second-generation race cars.

James Barclay, Team Director, Panasonic Jaguar Racing: “We made a big step forward this year and I believe we are the most improved team. Last year was a learning year and this season we have scored points in all but two races.

It would have been great to secure a couple more podiums but we will take the learnings and it will make us stronger for next year. I would like to thank the whole team and our partners for all the hard work and dedication.

We are all motivated to work hard before the start of next season and aim to carry this positive momentum forward.”

Mitch Evans, #20: “It’s great to get points today. Securing a double points finish was our target and it’s a strong way to finish the year. We’re already working towards next season, we missed some opportunities this year but we are motivated to build on the improvements.”

Nelson Piquet Jr, #3: “Today we achieved our goal of finishing in the points. We started the season strongly and could have achieved more. I’m looking forward to next year and finding the pace and efficiency ahead of the first race of the season. We will have to work really hard to regularly compete with the other teams from December onwards.”