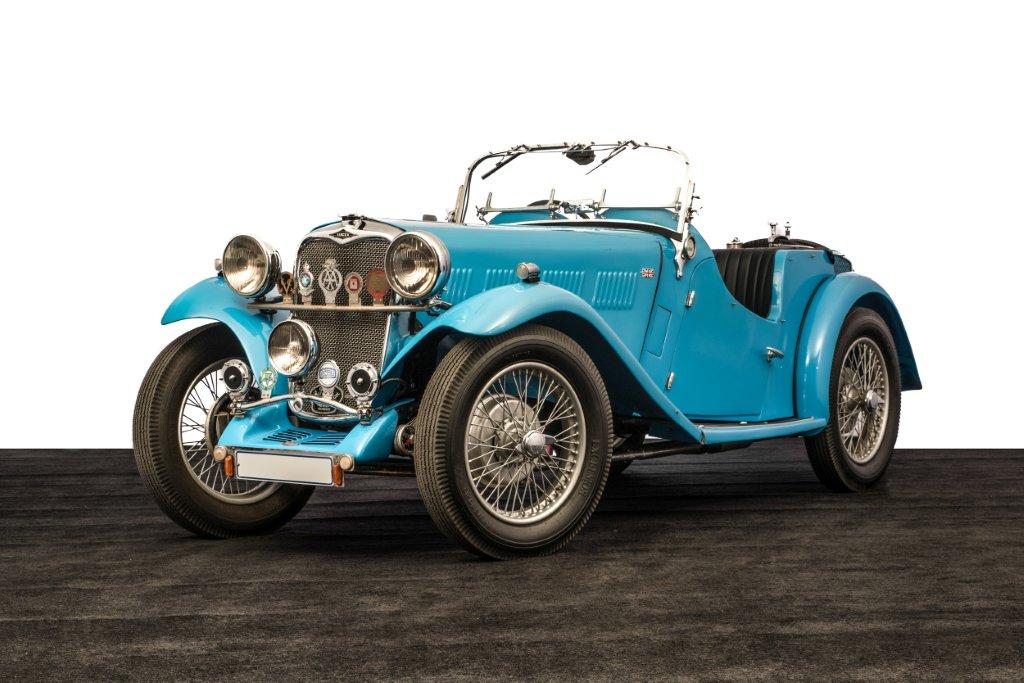 Other highlights will be an induction into the South African Hall of Fame of South African Formula One designer Rory Byrne on Friday August 10. And the Concours event itself, for pristine, perfectly restored vintage and classic cars will run over three days, from Friday 10 to Sunday August, 12 when the winners will be announced.

The Concours South Africa Auction, brought to you by Coys of London, will be held at The Shed, at Steyn City. The auction will be headlined by 75 cars from The Plit Portfolio, which will go under the hammer.

In addition to The Plit Portfolio, a number other classics will be auctioned, including a rare Maserati Khamsin AM120 prototype, a 1973 creation of which only five were built.

“This will be the first time in South Africa that an international classic car auction will be hosted,” said Concours South Africa organiser Paul Kennard.

“The Coys Catalogue is being distributed to 25 000 of their clients internationally and there will be international on-line bidding from enthusiasts all over the world, on the night, as well as bidding on the floor at Steyn City”.

The Plit Portfolio is an amazing collection of cars being put up for auction by arch Johannesburg-based classic enthusiast Wayne Plit and represents just a small portion of his collection that began way back in the late 1980s, starting with a 1964 Lancia Flavia Coupe, and followed by a Ford Escort RS2000.

“And I rebuilt that old boxer Beetle engine many times. So that’s where my passion began.

“You could say the 1964 Lancia Flavia was my first bona-fide classic. The Ford Escort R2000 that came next  was followed by a BMW 333i, and after that well, as I became successful in business I invested almost all my capital in classic and collectable cars.

“A year ago I did a count and the number I own had risen above the 250 mark.

I currently employ five people just to keep them maintained and exercised, because you can’t let these old cars stand around or they’ll deteriorate.

So, reluctantly, because I am truly addicted to these old cars, I have made the decision to rationalise the collection.

“This auction is the first step, where I will be putting up 75 of my cars, and some classic motorcycles, for auction by Coys of London, at the Concours South Africa event.”

For Plit, this decision has been an agonising one, as he is genuinely passionate about each and every car in his collection.

“I am not a one-marque man. I enjoy a huge variety of classic cars, particularly those that emanate from the 1970s and the 1980s, when many of these cars were in poster-form on my bedroom wall. Of course, as I collected, I became entranced by many other cars from earlier eras too. But yes, the time has come to re-focus my portfolio.”

Highlights of The Plit Portfolio include: a 1935 Singer Le Mans with Fox and Nicholl coachwork. This car is one of only three ever built, especially for the Le Mans 24-Hour race, although apparently it ended up not competing in the event. There were three cars built, LM11, LM12 and LM13, and this is LM11, the only one of the three to survive. It features a rare two-litre six-cylinder racing engine, is painted in French Racing Blue, and was apparently brought to South Africa by an ex-RAF captain.

A completely original un-restored 1968 Ford Shelby Mustang GT 500. This car still has its original paint, upholstery and trim, and was imported new to South Africa 50 years ago. It is completely unmolested, with all the original trim and correct wheels present, and has the unique patina of a car that has been lovingly cared-for, but in exactly the form it left the factory at the height of Carroll Shelby euphoria. Plit says it is impossible to replicate the feeling of authenticity that this car has, and he hopes it never undergoes a restoration.

A 1950 Jaguar XK120. This is the oldest known Jaguar XK120 in South Africa, finished in a beautiful off-white colour. It is in magnificent condition.

This is the model that made Jaguar’s fine reputation for offering extremely fast sports cars at an affordable price.

A 1990 Porsche 964 RS N-GT. This is an extremely focused racing car in road-legal trim. It is devoid of all such niceties such as interior trim and sound deadening, and is said to weigh some 155 kg less than an equivalent standard 964-series Porsche 911. It is fitted with a very powerful race-spec naturally-aspirated 3,8-litre flat six Porsche engine, carbon-fube panels and a roll-cage, all the work having been carried out by the Porsche factory in Germany. It was brought into South Africa by Bruce Joelson, who was famous at the time for heading up Elna Sewing Machines in this country, and sponsoring SA Superbike champ Dave Petersen. It is one of only 290 similar examples produced by the factory for racing homologation purposes.

A 1963 Alfa Romeo Giulia SS 1600. This is the famous rare Giulia Sprint Speciale, or SS, as it is also known. It features stunningly curvaceous bodywork by Bertone, the Italian styling house, and many people rate the Sprint Speciale as one of the most beautiful cars ever built. This is the later Giulia model which features the 1600 cc engine, whereas earlier Giulietta SS models, almost identical in shape, had the smaller 1300 cc engine. Only a handful of these cars exist today in South Africa, and this car was expertly converted to right-hand-drive in the UK.

These are just a handful of the 50 cars that will form the Plit Portfolio.

Other cars, in brief, include a trio of  Mini Cooper S models from the 1960s, a trio of 1980s BMW Alpina models specially imported to South Africa, a 1961 Alvis TD21, a selection of Alfa Romeo Spiders, a BMW Z1, and many many more.

“This international auction is a natural fit for Concours South Africa, which will be running for the first time at Steyn City,” said Kennard. “It will be just one of the highlights of an exclusive weekend-long event that is attracting the cream of classic cars and enthusiasts in South Africa.

Entries for Concours South Africa will be limited to 100 cars this year.”