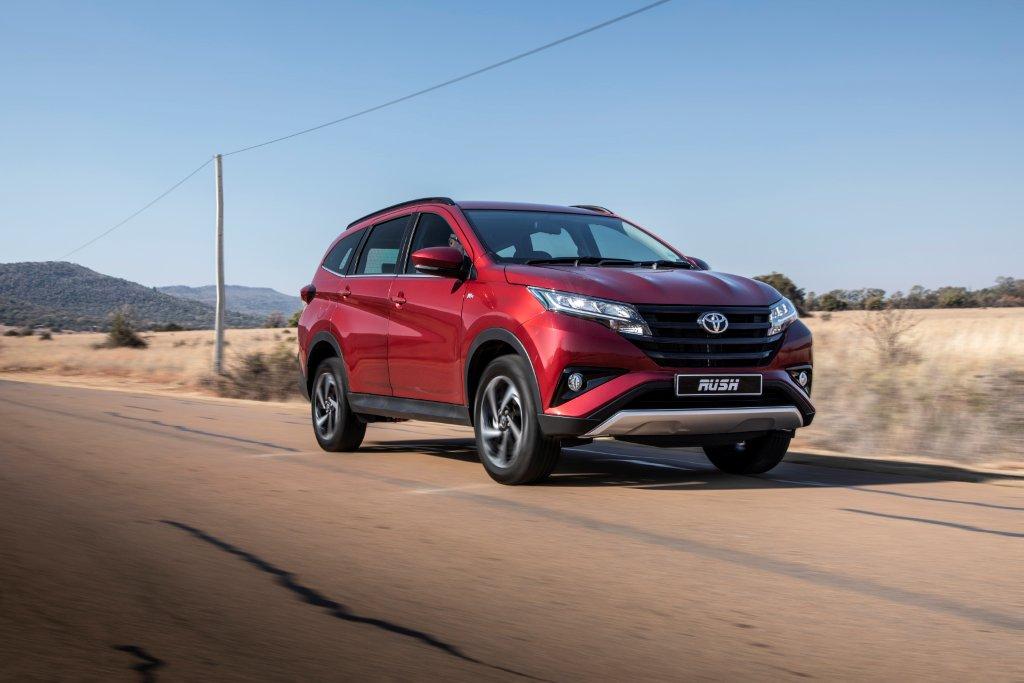 Brian Joss – Andrew Kirby, the president and CEO of Toyota South Africa, who is also the president of the National Association of Automobile Manufacturers of SA (NAAMSA), will spell out the myriad of challenges facing all aspects of the local motor industry when he is a keynote speaker at the important NAAMSA automotive conference at Kyalami on Wednesday, August 31.

This conference, organised by Messe Frankfurt South Africa in association with The Innovation Group, will be one of the feature events at the 2018 Festival of Motoring to be held at the Kyalami Grand Prix Circuit and International Conference Centre in Midrand.

Kirby’s presentation will cover the many challenges confronting not only local vehicle manufacturers, but also participants in all other aspects of the automotive value chain, including importers, component suppliers and the retail dealerships.

Toyota SA has not only been the leading local motor company for the past 38 years but is also one the pioneer exporters of built-up vehicles to global markets. So, working for Toyota has provided Kirby with a wide range of experience on which to call, having joined the company in 2005 as Senior Vice President: Sales and Marketing.  This move following an earlier career with BMW South Africa which included working for BMW North America for three years.

During his career with Toyota he was transferred to Japan to take on global responsibilities for managing and leading the Lexus passenger car brand. On his return from Japan in 2013 Kirby took over responsibility for Corporate Administration at Toyota SA.

This varied and well-rounded career, both locally and internationally, has provided Kirby with a very comprehensive background in all aspects of the motor industry and makes him an ideal presenter to speak on topics close the heart of all those people involved in the local motor industry.

Kirby will also be the session chairman for the discussion panel which follows his presentation.

One of the major challenges facing local manufacturers is how to grow sales in the light of expected government-driven increased production targets. The obvious one is to increase exports of built-up vehicles or semi-knocked down kits from South Africa into other African countries.

Toyota and Nissan have been involved in this business for years, with Isuzu joining in recent times. Now Volkswagen is expanding its African footprint not only as an exporter of built-up vehicles, but also in setting up joint ventures to assemble SKD kits. It latest venture is in Rwanda, with an ambitious Integrated Mobility Solutions programme, as well as local assembly. The company is already active in Kenya, Nigeria, and Algeria, with more countries on the horizon in the longer term.

This means that Thomas Schaefer, the Chairman and Managing Director of Volkswagen South Africa, will be an ideal presenter to lead the segment dealing with African and regional market development. His specific topic is outlining the mandate of the African Association of Automotive Manufacturers (AAAM), of which he is the current chairperson.

Schaefer, who began his career in the automotive industry with Daimler commercial vehicles in Germany in 1991, has had a long and varied career in the production environment both in his home country and in several other countries, including working at the Daimler plant in East London from 1998 to 2002.

He joined Volkswagen in 2012 with responsibility for group manufacturing overseas and took on his current position with Volkswagen in Uitenhage in 2015, being responsible for Sub-Saharan Africa as well as the local operation.

Schaefer will have the support of two experts in the field of regional market development at the conference in Dr Alec Erwin, former Minister of Public Enterprises, and Dr Martyn Davies, of Deloitte.

After leaving government Erwin has taken on a number of other tasks, including being a member of the Nigerian Presidential Investment Advisory Council and a Special Advisor to the United National Industrial Development Organisation. This wide-ranging experience makes him very well qualified to talk on the subject of “Africa in 2018 – the outlook and impact on the automotive sector.”

Dr Martyn Davies is another person well-schooled in the needs and potential of Africa for the automotive industry, in his position as a Partner and Managing Director of Emerging Markets and Africa at Deloitte. He is currently working closely with the AAAM which will be undertaking another fact-finding visit to Nigeria shortly.

Schaefer will chair the discussion panel which will follow these three presentations.

The NAAMSA Automotive Conference will start at 8.30am on Friday August 31, and end at 1.20 with a lunch.

Conference tickets can be purchased online at iTickets at an early bird price of R1 695 each – or at an added discount of R1 495 for group bookings of five or more people.