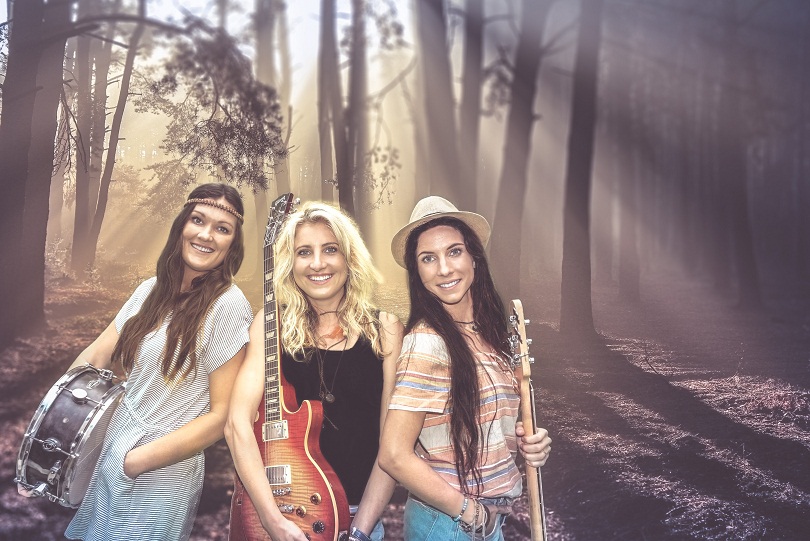 “Our latest music video shows how much time has passed while we were busy making music. Although time goes by and fashion changes, the sun will always set and rise again. Like time, we as a band cannot afford to stand still and have to work hard to maintain our place in the South African music industry,” reveals SAARKIE about the theme behind the music video of their brand new single, LANGPAD, which was released on the kykNET Top 20 last Friday.

The concept for the video was developed and filmed by Girl with Hat Productions, which consists of André Oosthuizen (co-director, editor and videographer), Mjön van Blommestein (co-director) and videographer, Thabi Modotuane, and was shot on location at what the band calls their “Saarkie-huis”. The trio was filmed on the same spot, playing the same song, but their outfits were constantly changed throughout the video to indicate the passing of time.

LANGPAD, the second single from their Ghoema acclaimed album (Best Rock Album), Queen van die Toorbos, was released in 2018 and immediately resonated with audiences of all ages. The pop rock hit currently holds the number one spot on LEKKER FM’s Top 40 music chart and is about the journey you have to undertake to get where you are. “No one goes through life alone. When you have someone next to you on your journey, it makes you feel calm and at ease. Friends and family also play a vital role in guiding us towards our destination,” say the girls. LANGPAD was written by Adèle and Mjön on their way back from a baby shower. They were very tired and wanted to do something to keep them awake and get them home safely. “The song is quite popular among audiences, who are already singing and dancing along to it at shows. It has a universal message that everyone can relate to, because we all have someone walking beside us on the road of life.”

Their latest hit follows in the successful footsteps of their previous single, Vir Altyd, which topped LEKKER FM’s Top 40 charts for seven consecutive weeks and featured on Bosveld Stereo’s Top 20 for another ten weeks. The music video, compiled from footage collected from their travels around the country, has already had more than 10 000 views on YouTube.

SAARKIE, who is celebrating their ninth year in the music industry, consists of three talented musicians – Adèle Fouché (lead singer, guitarist, harmonica player and songwriter), Lila Botha (drummer and backing vocalist) and Mjön van Blommestein (bassist, harmonica player, ukulele player and songwriter) – and is described as one of the best rock groups to ever grace the local stage. They are known for their energetic electric acoustic style and have been nominated for various Ghoema and SAMA Awards throughout their career, including Rock Album of the Year, Best Album by a Group or Duo and Group of the Year. The girls have made their mark at all the big South African music festivals such as Aardklop, KKNK, STRAB, Mieliepop and Innibos from the very beginning and has also shared the stage with some of the country’s most famous artists like Karen Zoid, Francois van Coke, Die Heuwels Fantasties, Spoegwolf, Steve Hofmeyr, Kurt Darren, The Parlotones, Cindy Alter (Clout), Ballyhoo and many more. They have also been featured in many respectable publications such as Beeld, Vrouekeur, Huisgenoot, Kampus Beeld, Die Burger, Die Laevelder, as well as various television programs such as: Dis Hoe Dit Is Met Steve, MK Live, Fiesta, Expresso, Jou Show with Emo Adams, kykNET Top 20, kykNET JAM, Lekker TV, Jam Sandwich, CNBC Africa, Skole Top 10, Bravo and as guest presenters on Fiesta.

LANGPAD yet again confirms SAARKIE’s ability to convey a powerful and heartfelt message through their unique upbeat rock sound. The music video of this hit not only symbolises the group’s growth and success, but also provides a sneak peek into the exciting things fans can look forward to in the future!