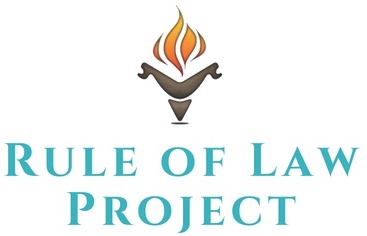 Research conducted by the Rule of Law Project has found that two Acts of Parliament dealing with land use are unconstitutional and are proving to be barriers to effective land reform.

The Subdivision of Agricultural Land Act, 1970, is a remnant of exclusionary Apartheid law, and prohibits the subdividing of agricultural land into smaller, more affordable plots. The democratic Parliament has since admitted that the Act is based on flawed premises, but has failed to fully repeal it. The Spatial Planning and Land Use Management Act, 2013, in turn, is a misdirected law with noble intentions but dubious legal foundations.

The Subdivision Act prohibits the subdivision of land without the consent of the Minister of Agriculture. The reasoning behind this, made in 1970, was to prevent “agricultural land from being rendered economically unviable for the purpose of farming, as a result of uncontrolled subdivision,” according to Project senior researcher, Gary Moore.

The Minister may grant or refuse an application for submission “in his discretion” or as he “deems fit”. This, according to Moore, contravenes the legality requirements of the Constitution, which “excludes wide discretionary authority by the government”.

The Subdivision Act was formally repealed in 1998, but this repeal has not been brought into law by the President yet. At the time, the new democratic government admitted to the archaic and outdated premises underlying the Act, with the Department of Agriculture saying that whereas government previously determined the viability of a proposition, market forces would now do so. This is because of changing times: market forces are capable of signalling when agricultural property would no longer be viable. Economic principle now dictates that when property is freely tradable, that property will inevitably end up in the hands of the person or community that will put it to its most efficient use. The Constitution endorses this in section 195(1)(b), by obliging government to promote the efficient, economic, and effective use of resources.

Project legal researcher, Martin van Staden, said: “In the area of transformation, the Act effectively prohibits large-scale farmers from selling smaller, more affordable plots of their land to small-scale farmers, or to the communities (often farm workers) who have lived on the land for generations. Instead, if they wish to sell, they have to sell the whole farm, which predictably costs more than any ordinary South African community, family, or individual can ever hope to afford”.

The Spatial Planning Act, in turn, encroaches on the competence of provincial governments to determine land use in their territories. National government has presumed that it takes a national Act to maintain economic unity, which is as incorrect in jurisprudence as it is in economics. Says Moore: “Land-use management affects particular areas and locales, and has no national dimension.”

Both laws should be reassessed by government in light of constitutional considerations.

The Rule of Law Project was founded in 2016 with the aim of giving substance to section 1(c) of the Constitution of the Republic of South Africa, which provides that South Africa is founded upon the supremacy of the Constitution and the Rule of Law. This is done through legal analyses and consultation. The Project is under the chairmanship of former Supreme Court judge Rex van Schalkwyk, and consists of a Board of Advisors composed of legal and constitutional experts. The Project is associated with the Free Market Foundation.