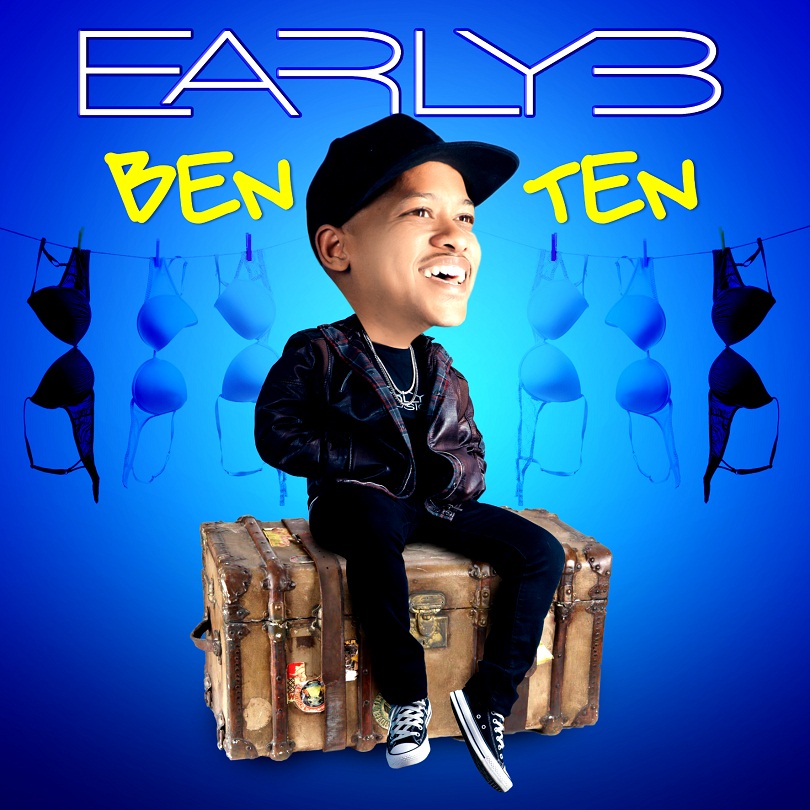 Acclaimed rapper, Early B, is not only versatile in his approach, but also has the ability to touch the hearts of music lovers with his witty sense of humour and heartfelt social commentary. With his brand new single, BEN TEN, the artist showcases his fun side with cheeky lyrics and an interesting funk-rap sound.

“BEN TEN is a term used in PE to describe a man who enjoys dating older women. I wrote the song myself and wanted to create something that would make fans smile and sing along,” he says. “It is about a guy who visits one of his girlfriends, who is now suddenly not living with her mother anymore. As time progresses, he realises that the older lady is making a pass at him. What happens next, is revealed in the song and will definitely make you laugh.” A music video of this hit, is scheduled to be released soon.

The single is the second to be released from his debut album, AANGENAME KENNIS, which is scheduled to hit shelves on 10 August 2018. Telling stories in Afrikaans by using his unique PE slang and rhythm, is Early B’s main goal for his first album that boasts eighteen original tracks, written by the artist himself. “The album has something for everyone. The content will make listeners laugh, but will also make them feel motivated and inspired. I chose tracks that combine rap with various other music styles, carry a strong message, encourage people to have some fun and tell stories,” the musician reveals.

Although he does not want to choose a favourite, he believes that BEN TEN definitely has the potential to become a hit. He also enjoyed collaborating with the likes of Jack Parow, ADAM and Emo Adams on the album.

Early B, aka Earl Swartz, is one of two children and sees himself as an introvert. Some of his best childhood memories is that of his father playing the harmonica and the wonderful exposure to music he got in church. Entertaining his friends and mimicking American rappers, is something he enjoyed doing from a very young age. He was part of the group Earl & Agemi for seven years, after which he launched his solo-career. The artist recently landed a record deal with music giant, Universal Music, and lists this achievement as one of the great highlights of his career so far. “Afrikaans Hip-Hop has always been my favourite music genre, because it gives you a chance to express raw emotion and feelings. I am grateful to the Lord for the talent he has blessed me with and will always build on that to the best of my ability,” he says.

The artist (29) has become a regular performer at some of the country’s biggest festivals and concerts, over the past nine years, including the KKNK. He has also worked with big names in the industry, like Grammy award-winning music producer, Darryl Torr, and local talent such as Emo Adams, HemelBesem and Pierre Rossouw. He is best-known for his hit, Cerebellum, for which he received a Ghoema Music Award for Best Hip Hop Song in 2017. The song also peaked at number 1 on the Hip Hop charts of various big radio stations.