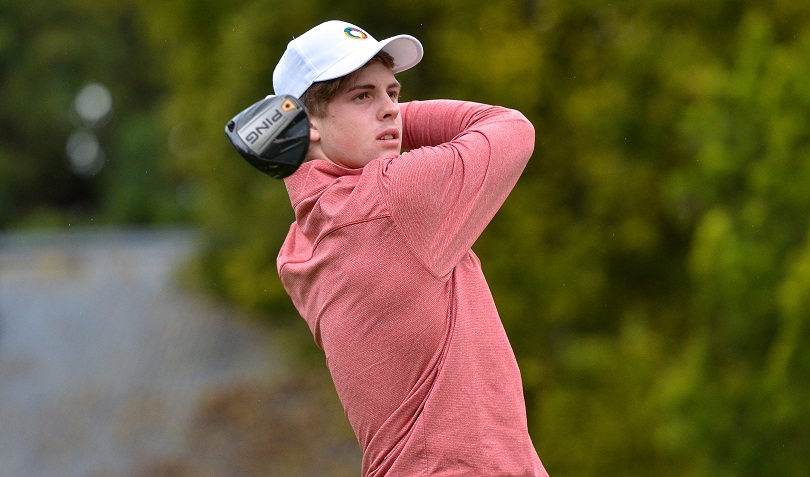 CAPE TOWN, 27 July 2018 – Five of the country’s most promising young talents will travel to Europe in early September to represent South Africa in the 12th Reply Italian International Under-16 Championship.

Vorster’s three-shot victory in Italy last year proved the catalyst for his winning performance in the recent Junior Open Championship and the Southern Cape golfer will be heading back to Golf Club Biella, ready to embrace the pressure that comes as defending champion.

Yurav Premlall from Ekurhuleni, who tied for 17th in his debut last year, also returns for duty.

Simpson from Western Province converted three close calls to victory in Nomads National Order of Merit in July, while fellow Bridge Fund Managers Junior Series finalist Rose from Central Gauteng was one of the standouts for the victorious GolfRSA Junior team in the 2018 SA Challenge Cup.

The quintet will challenge for the Teodoro Soldati Trophy in the 72-hole Individual Competition, while three of the juniors will be nominated to represent South Africa in the 36-hole Nation’s Trophy team event, which is played concurrently with the first two rounds of the stroke play championship.

“Thanks to funding from the GolfRSA National Squad, we are able to raise the number to five this year. International competitive experience is vital to advance and develop the skills of our junior golfers and we are extremely pleased to give five juniors the chance to participate in this highly-rated junior international championship.”

GolfRSA CEO Grant Hepburn said the decision to increase the number of participants was motivated by the recent international success of the GolfRSA National Squad.

“When we launched the GolfRSA National Squad in 2015 with the substantial sponsorship of Mr Rupert, our objective was to identify promising young players and assist them in every way possible to reach their potential,” Hepburn said.

“As we witnessed during the events abroad in May, June and July, international competition is vital to the ongoing development of our amateurs. Martin’s success at St Andrews last week marked the fifth time a member of the GolfRSA National Squad won internationally this season.

“In the space of seven weeks, Jovan Rebula, Christo Lamprecht, Wilco Nienaber, Deon Germishuys and Martin excelled in top international events, but the groundwork for this was laid at junior level.

“Jovan, Christo and Wilco Nienaber got their first taste of top level competition in the Reply Italian International Under-16 Championship, as did European Tour champions Brandon Stone and Haydn Porteous, who won the championship in 2008.

“To have that kind of exposure is unmeasurable in terms of their careers. While our juniors compete against the best in the world at one of the top ranked courses in Italy, we have the opportunity to observe how they measure up outside their comfort zone and identify what aspects of their games need further attention.”

The Italian International Under-16 Championship features 144 juniors from more than 20 countries.

“I am extremely excited to see how the juniors fare in Italy,” said Younge. “I got to know Martin, Yurav, Casey and Kian really well during the SA Challenge Cup. They supported each other individually and I am sure we will see that same support for Samual, who has had a very good season, as well.

“We hope the lads will do well, but our focus is not purely results driven. We want to ensure they gain all the benefits possible from the international exposure against a highly competitive field, so they are able to scrutinise their own games and determine which aspects they need to improve on, be it ball striking, course management or the mental side of the game. It will be a stern test for them and we are excited to see how they measure up against top players from Europe and elsewhere.”

NOTE – Live scoring will activate on 4 September at http://www.golfclubbiella.it/en/under16-2017/