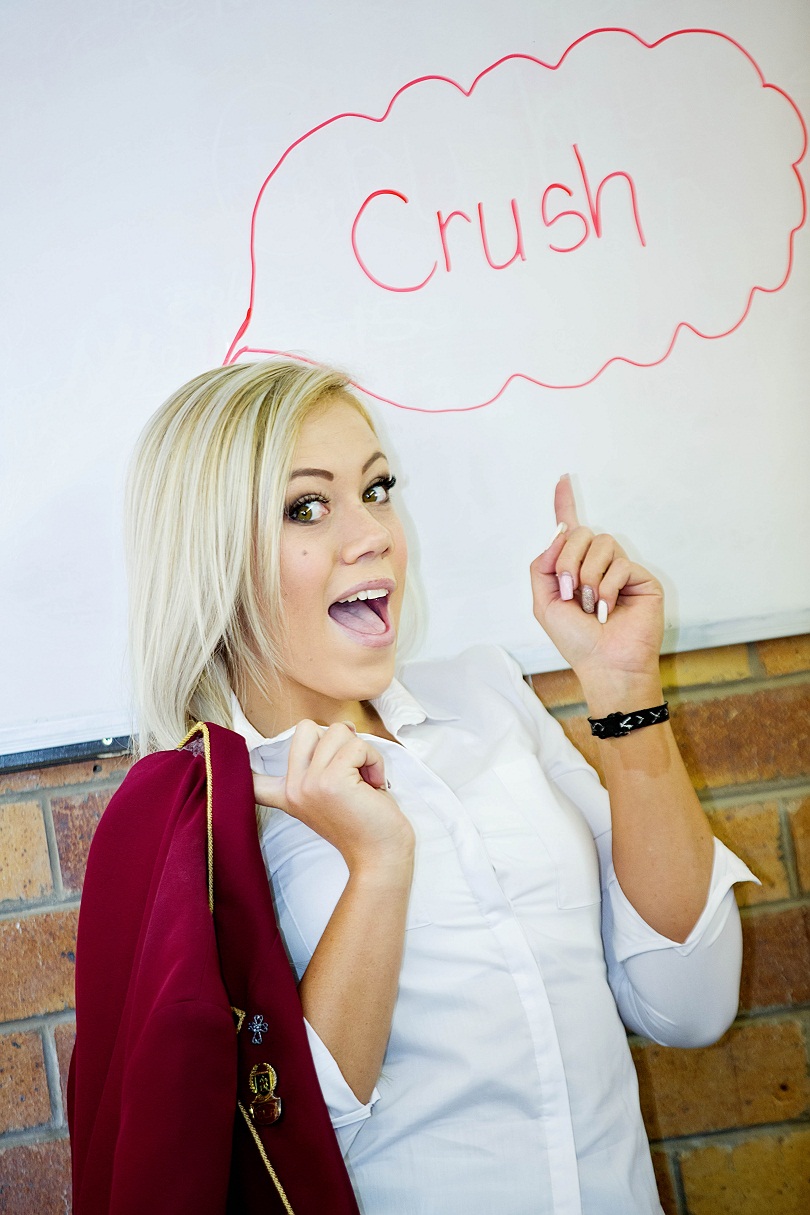 “CRUSH is a typical ‘high school girl’ song. Every girl knows what it is like to be in love. Especially in school. Sometimes the guy in question remains your ‘crush’ long after matric. You get butterflies just thinking about him, you blush when he speaks to you and you can’t help smiling when you see his name,” says the singer about the track, which was written by Hugo Ludik and Kyle Grant. “The song immediately appealed to me because I had a crush on someone when I was younger. It describes so beautifully how I felt at that time, but back then I didn’t have the rights word to capture those feelings.”

The music video was produced by Fathom media and Sharoney developed the concept herself.

The track offers the same rhythmic pop that the singer is known for, and invites you to spontaneously sing along or take a turn on the dance floor. “I would love it if listeners could experience that same feeling the songwriters and I did; that they would take a moment to reminisce while enjoying the song,” she says.

CRUSH is the second release off her latest album, Skyn, which was nominated for a 2018 Ghoema Award for Best pop album by a female artist. The titular track was well received and reached the number one spot on Lekker FM’s hit chart. It also spent several weeks in the top ten on Bosveldstereo’s Afrikaans Top 20, the kykNET Top 20 and VCR’s Baanbrekers. The music video is still shown quite often on television.