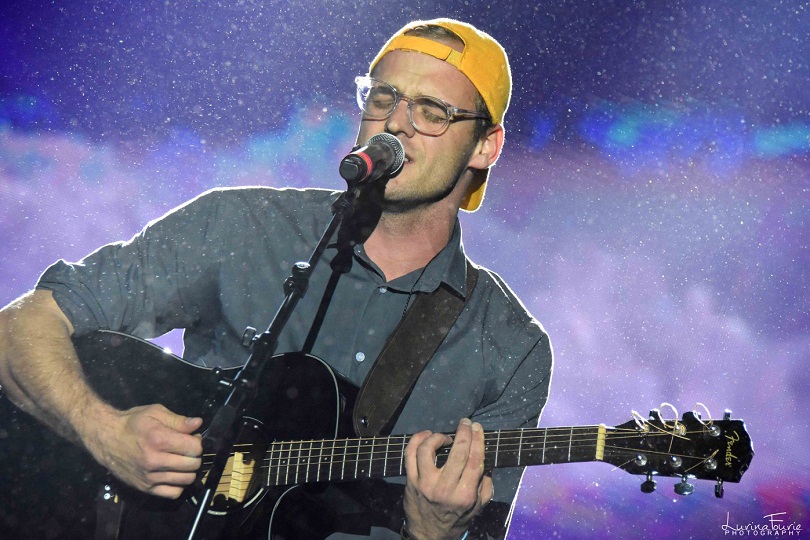 STROOMOP, Ivan Botha and Donnalee Roberts’s third motion picture, will be in cinemas from 9 August 2018. The theme song of the same name, by Reënwolf has just been released and the beautiful lyrics and captivating lyrics provides some insight into what can be expected by this inspiring film.

The single was written by frontman and guitarist of the popular Afrikaans group Spoegwolf, Danie du Toit (AKA Reënwolf), and was inspired by a peculiar experience he had earlier this year. The song was created especially for the film. “It is a huge privilege to be part of this project. This is what I want to do for a living and was a huge leap for me on a personal level and an opportunity which I have been praying for,” he shares. “I went through an awkward situation earlier this year and tried to work through it by writing about it. Hopefully audiences will be able to relate to the song, because there is always comfort in knowing that other people also have to swim upstream when faced with difficult circumstances.”

A music video for the single, produced by Hugo Brand and Louise Pieterse, has already been filmed and is set in the mountains. “The video was shot at Helshoogte during those rare heavenly minutes when the sun rises over the mountains. A man is walking on a mountain, surrounded by epic scenes from a film. The idea was to anchor the song in two places; the film’s storyline and the writer and listener’s own stories,” Danie, who is also a keen poet and plans on releasing his own anthology one day, adds.

STROOMOP is an exciting adventure that takes you on five women’s life changing journey of self-discovery, forgiveness, acceptance and healing. It shares the heartfelt story of Lana (Donnalee Roberts), Vivian (Simoné Nortmann), Adrie (Chanelle de Jager), Nixie (Carla Classen) and Diona (Ilse Klink) who are being tossed about by life’s rough waters and drowning in their own lives. Coincidence takes them on an adventure on the Orange River. Here the unthinkable happens when their boat capsizes, the river guide (Armand Aucamp) goes missing and they find themselves in a battle for survival in the wilderness, with irrevocable consequences…

Ivan Botha’s directorial debut was produced by 17FILMS and The Film Factory SA, in association with kykNET, and the Department of Trade and Industry (DTI). Distributed locally by Filmfinity, the film is scheduled for release in cinemas nationwide on Woman’s Day, 9 August 2018.