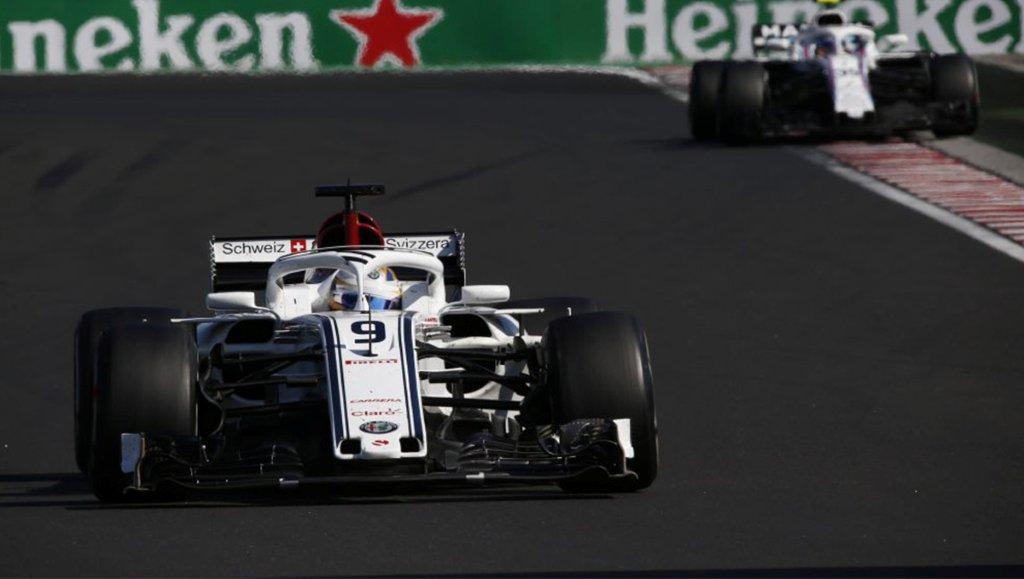 Brian Joss – It was a disappointing race outcome for the Alfa Romeo Sauber F1 Team at the 2018 Hungarian Grand Prix. Starting from P14 (Marcus Ericsson) and P16 (Charles Leclerc), the two drivers went into the race ready to work their way into the midfield.

Unfortunately, Charles Leclerc was involved in an incident on the opening lap of the Grand Prix, and sustained damage to his car that required him to retire from the race immediately. Marcus Ericsson was also involved in an incident on the first lap and fell to the back of the field. From there he was faced with recovering positions on a track where is very difficult to overtake. Marcus did his best to gain places during the race and ultimately finished in P15.

The Budapest test, which is taking place on July 31 (today)  and August 1, will be completed by Marcus Ericsson on day 1, and Antonio Giovinazzi on day 2.

Marcus Ericsson (car number 9): “It was a difficult race. I lost positions after the collision on the first lap and fell to the back of the grid. From there on, it was a difficult race. I tried to overtake the cars ahead, but it is quite tricky on a track like this. When the safety car came out early on during the race, we decided to box and change to medium tyres. It was a good move, and we managed to gain a few positions back. Unfortunately, not much more was possible. Overall, it was not a great race for us, but we will analyse it and come back stronger. I have a day of testing ahead this week and will head into the summer break after that. I look forward to having some time to review the season so far, and to come back even stronger.”

Charles Leclerc (car number 16): “It is a bit unfortunate to finish the last race before the summer break like this. Shortly after the start, I got stuck between two other cars which caused damage to my car. I had to retire from the race as a consequence. On the other hand, the season has been positive so far. We have made more progress than expected, and I have learned a lot and have scored some points. I look forward to my summer break now, and will use the time to relax and train for the second half of the season.”

Frédéric Vasseur, Team Principal: “It was not a good day for us. Both of our drivers were involved in incidents in the opening lap which defined the outcome of their races. Charles was involved in a collision during the start and damaged the car. We had to instruct him to stop and retire from the race. Marcus was also involved in an incident on the first lap of the race, and lost all positions as a result. It was a tough job to fight his way back after that, and he finished the race in P15. All in all, the season has been positive so far.

Both Marcus and Charles have brought points home, and we have made progress race after race as a team. We are confident that we will continue doing so.